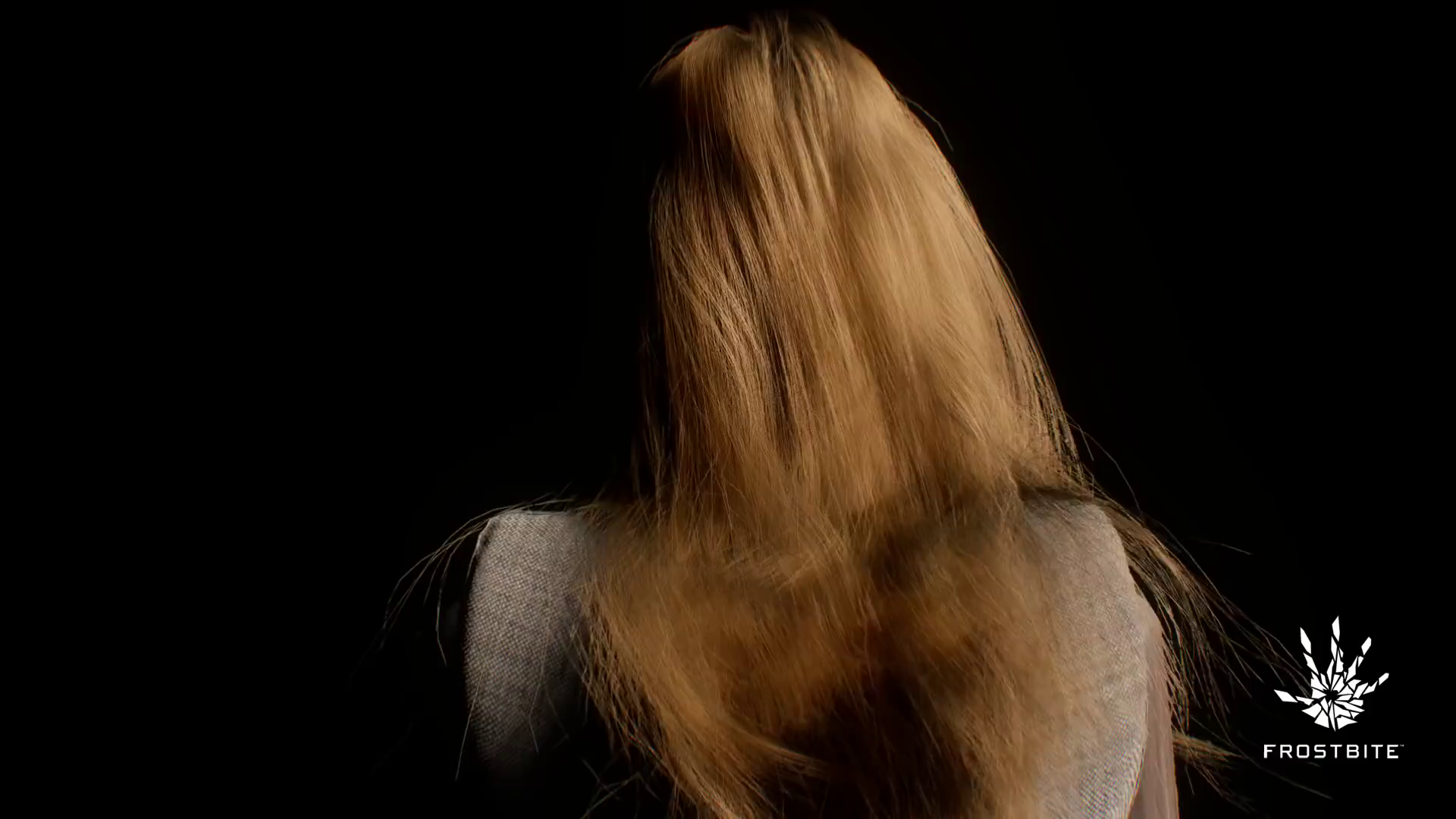 Video game developers are always dreaming up new technologies, and it turns out that the folks behind the Frostbite game engine have been working on a more realistic way to render hair. This new Frostbite hair tech is shown off in a new montage video provided by Electronic Arts, and the results are remarkable.

Featuring luxurious locks with what appears to be natural and fluid motion, the video showcases just some of the most realistic looking hair yet seen. The model's blank face and the hype music make for a rather hilarious combination, but the physics seem spot-on, even when the model takes to spinning or leaping in the air.

Speaking over in a blog post on the Electronic Arts website, EA says that the goal of the new Frostbite hair tech was to match the sort of rendering used in industries such as film production:

"Our purpose is to produce a step change in real-time hair and reach results close to movie and offline rendering," the post reads. "Starting last year, a small group of frostbite physics and rendering engineers have been working on pushing this technology forward, and, while we still have quite a lot of work ahead of us, we're proud of what we achieved. This wouldn't have been possible without the help of a few amazing Criterion content creators whose assets and constant feedback drove us forward."

The team at EA promise to talk more about the latest Frostbite hair technology in a series of posts that will be made "in the coming months." Until then, users can watch each of the montage videos featured on the EA website and dream about the flowing hairstyles all of their favorite video game characters will soon be rocking. Be sure to keep it tuned here to Shacknews for additional updates.