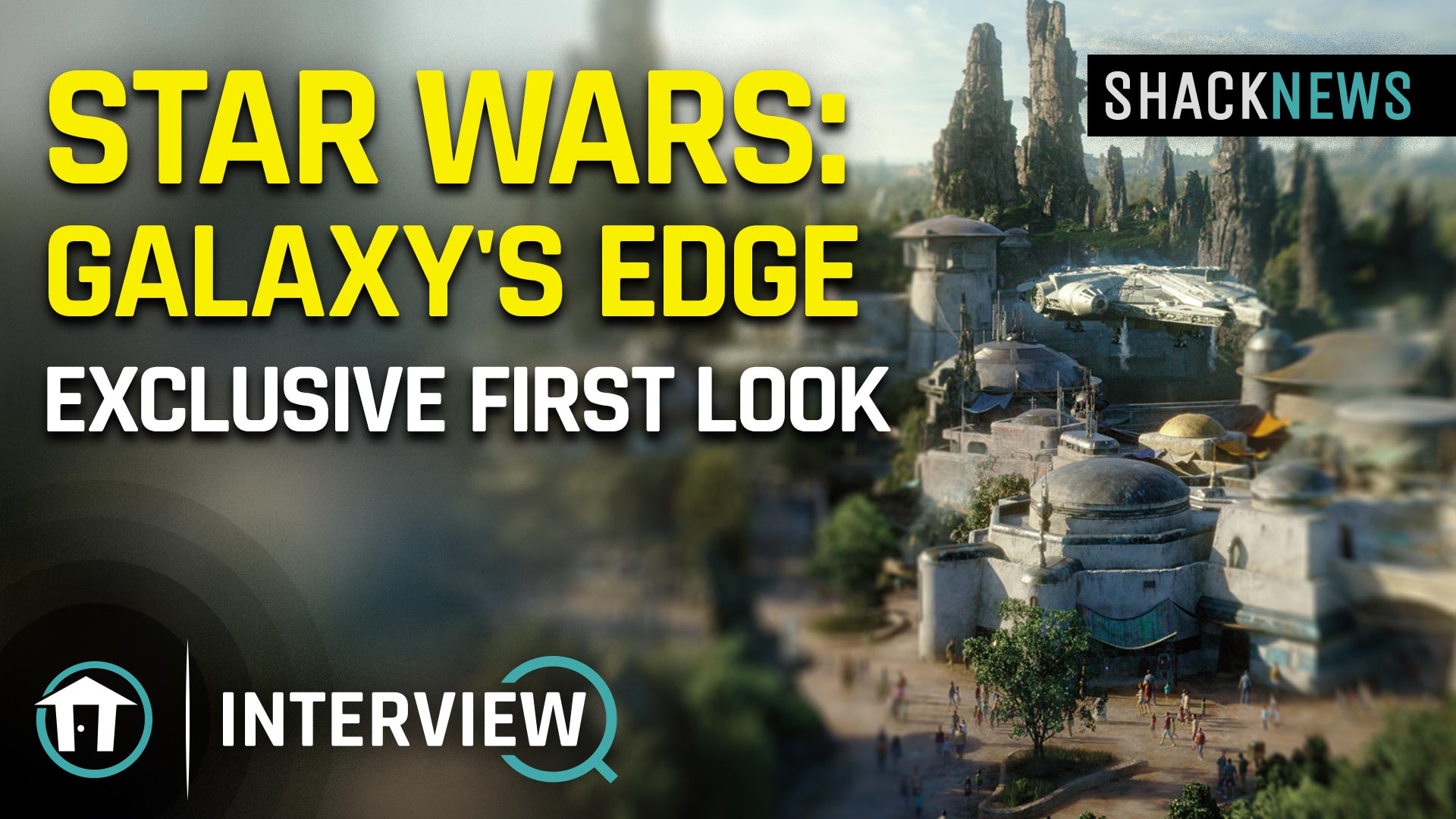 GamerHubTV caught up with Scott Mallwitz, the Executive Creative Director behind Galaxy’s Edge to talk about the new Star Wars themed park. In the interview, they talk about all the exciting possibilities of bringing the universe of Star Wars to life with Galaxy’s Edge. Scott emphasizes how Galaxy’s Edge independence from the rest of the saga is what makes it so unique. “We’re not following the story of Luke, Leia, or Chewbacca. We’re actually allowing them to experience a part of the Star Wars Universe they’ve never seen.” When fans take their first steps into the 14 acre expansion that is Galaxy’s Edge, they’ll be shaping their own, never before seen story.

Another main topic of the interview is pure sense of immersion of the entire park. Every inch of  Galaxy’s Edge is designed to make fans feel as though their actually in Star Wars, rather than just a cool theme park. This is being executed through sheer attention to detail and cutting edge technology. Mallwitz goes on to talk about the augmented reality component of Galaxy’s Edge. By using the Play Disney Parks app on their smartphones, attendees can interact with the world around them. The app can be used to decipher codes, provide story insight, and reveal other secrets around Galaxy’s Edge.

The interview above is an exciting taste of what’s to come for Star Wars fans, or those who just enjoy Disney Parks. We look forward to see how they push the boundaries of what to expect from an amusement park when Star Wars: Galaxy’s Edge opens in Disneyland on May 31 and in Disney World on August 29. For more exclusive looks at Disney and Star Wars, subscribe to the Shacknews and GamerHubTV youtube channels.