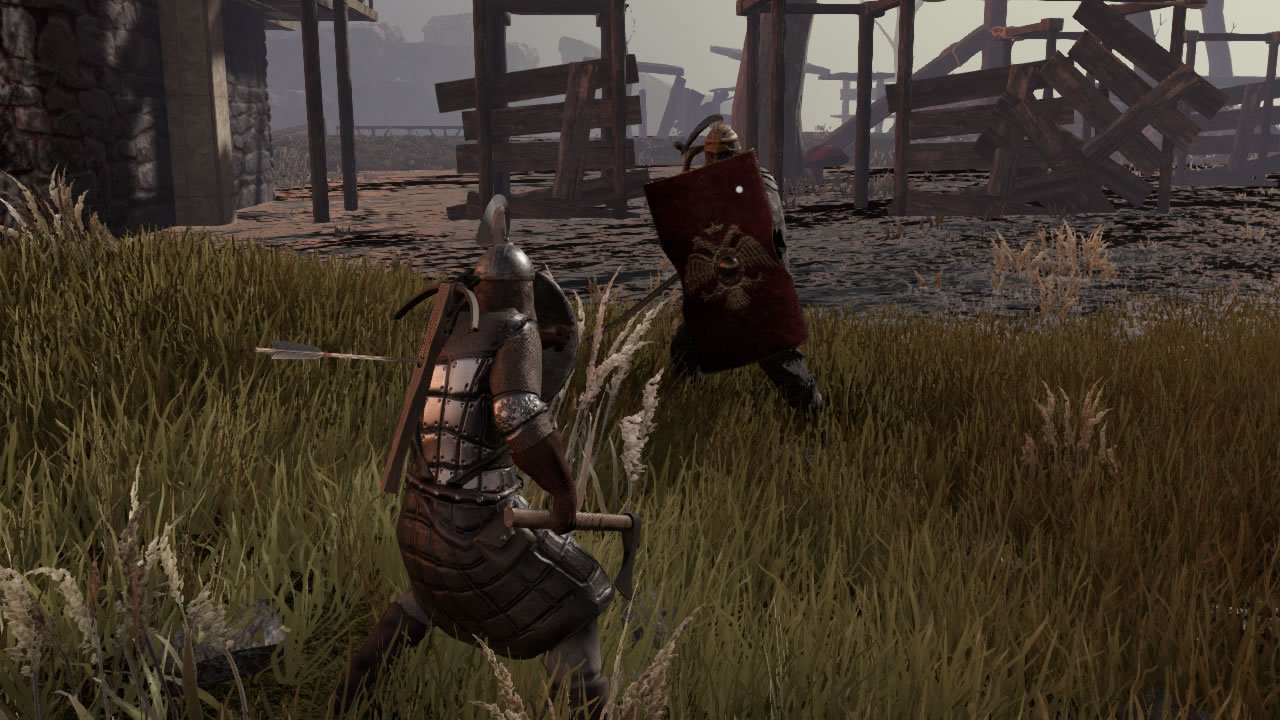 Science fiction and fantasy settings are at the heart of many fantastic games, and both are also great platforms to build an action-based experience. That's likely why the crew at GoldKnights chose to use the setting for its upcoming action RPG release LostHero.

Shacknews recently had a chance to speak with P.J. Strnad, game designer for Gold Knights, at Reboot Develop Blue 2019 to learn more about the inspirations and development origins of LastHero. Check out the full interview in the video embed below.

As the title implies, LostHero follows a misplaced adventurer on a path . "It looks like a medieval game but it's actually a sc-fi game." The player character "came from the [stars] to a planet" where three races are fighting for control and power. Players can interact with the three races, building or tearing down relationships at will, and can side with or fight against any or all of them. "None of them is really bad," meaning players can likely won't be able to expect decisions to fall into the usual good-versus-bad theme.

As for the gameplay itself, Strnad states that the development team "loves Dark Souls a lot," but doesn't want LostHero to fall into RNG trappings. Instead, the combat system in LostHero is expressly designed to make sure that success or failure is entirely dependent on the player's skill level.

GoldKnights is hoping to release LostHero for PlayStation 4, Xbox One, and PC sometime in 2020. The game is currently available as an alpha build, and players can find more details about it over on the official LostHero website. For more in-depth developer interviews and video highlights from the industry's hottest conventions, be sure to follow Shacknews and GamerHubTV on YouTube.