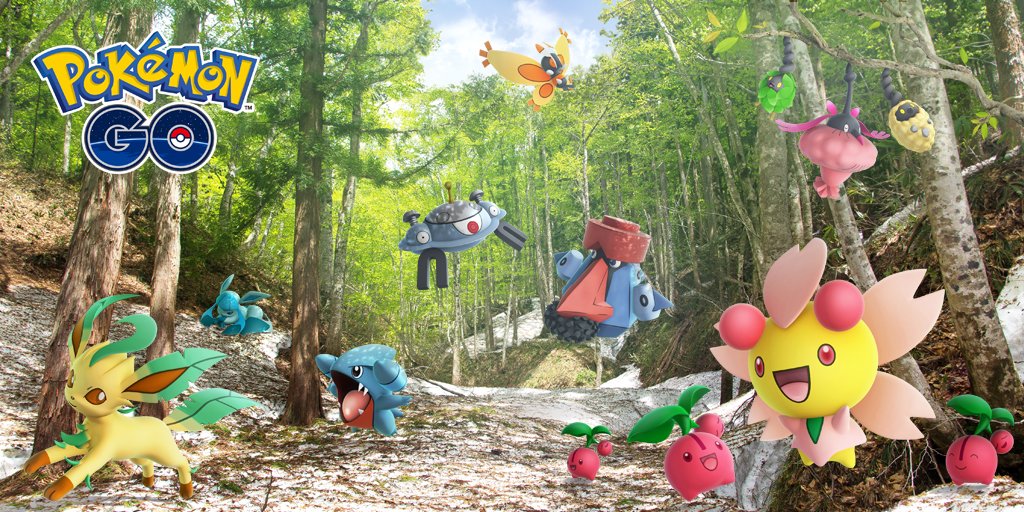 Pokemon Go is still alive and well, and the developers at Niantic have a fresh new update for the game that introduces more Sinnoh region Pokemon. Not only that, the update also includes three new Lure Modules as well as the new Earth Power move.

First things first: The new Sinnoh region Pokemon being offered in the latest update include Burmy, Cherubi, Gible, Gabite, Hippopotas, and Shellos. Given that Pokemon are known for evolving, the list also includes those creatures' evolutions, notably Garchomp.

As for the Earth Power move, players will find that the latest attack can be used by creatures including Camerupt, Claydol, Nidoking, Nidoqueen, and other Sinnoh region pocket monsters.

Speaking in a post made over on the Pokemon Go Live website, the developers at Niantic sound totally stoked to offer new Sinnoh region 'mons to the hit augmented reality game:

"We’re excited to announce that more Pokémon originally discovered in the Sinnoh region are coming to Pokémon GO! From seas and beaches to mountains and beyond, be on the lookout for Cherubi, Gible, Hippopotas, and others. We hope you’ll enjoy the fun and surprises as you encounter these Pokémon in the wild and hatch them from Eggs."

The newest update should be live for fans right now, so if you haven't already, load up Pokemon Go and start seeking out those new creatures. For the rest of your mobile gaming news and guide needs, head on over to our Modojo @ Shacknews home page.