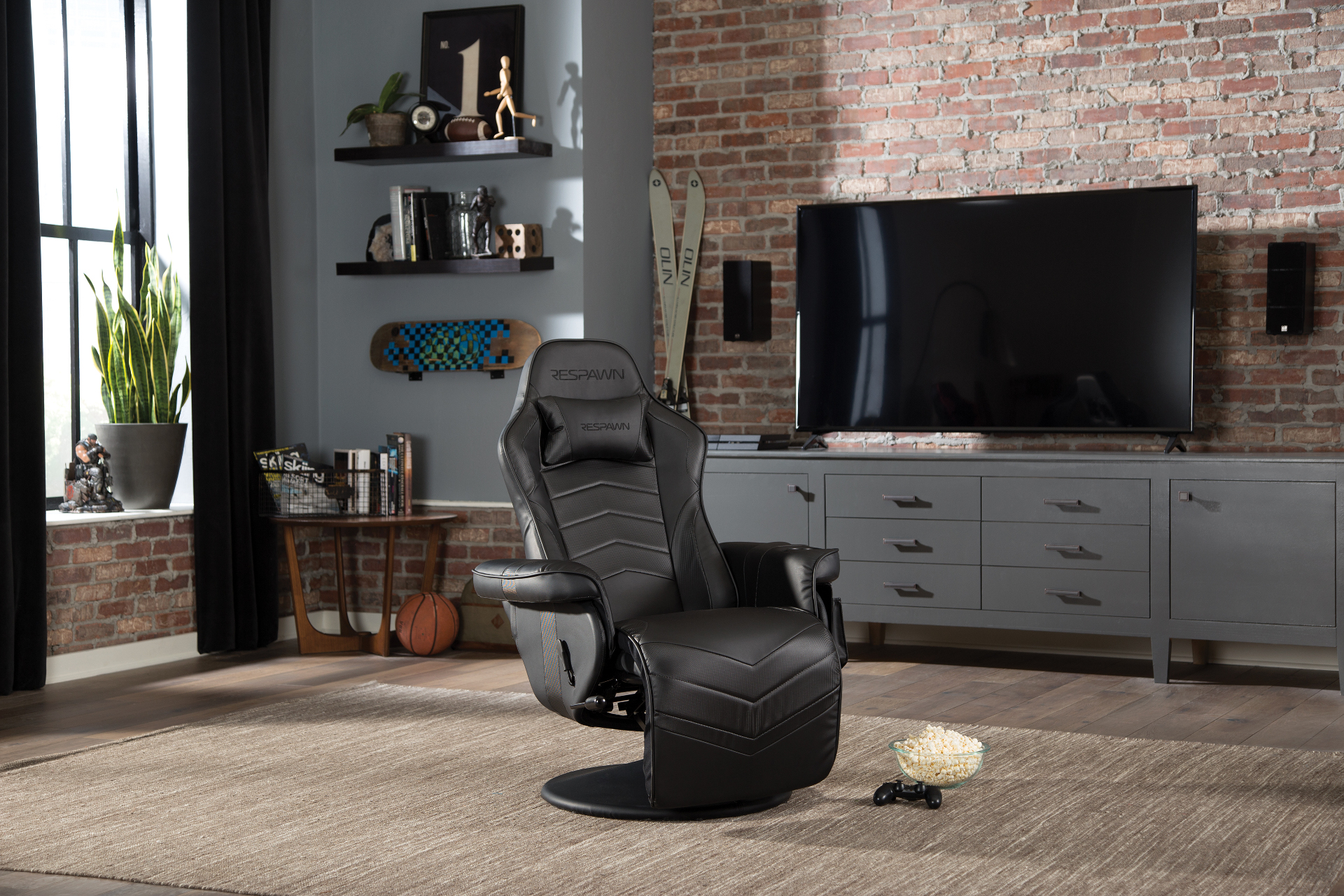 The Respawn 900 seems like a cool concept when you think about it. A cross between a luxury gaming chair and a living room recliner for console gamers who want the best of both worlds. In some ways, Respawn’s hybrid chair accomplishes what it sets to do, but in so many other ways it falls short of being a decent version of either one.

A lesson in ergonomics

When my review unit of the Respawn RSP-900 arrived it was need of some assembly. Fortunately, Respawn laid out everything in a manner rivaled only by Ikea in it efficiency. Everything I needed to put the chair together had been blister-packed and labeled and the actual labor to get it all together was quick and painless.

The chair features a solid, cone-shaped base instead of wheels, but it can still swivel to the left or right. The headrest has an adjustable pillow comfort and the left armrest has a drink holder on top and a Velcro strip on the bottom with an adjustable pouch for controllers or snacks.

Below the right armrest, there are separate levers to adjust the legs and backrest independently. The leg lever is a bit clunky and only locks when it's all the way up or down with no in between. However, the backrest adjustment is much more customizable to find the right angle. Both of them tend to be rather loud when snapped back into their standard settings, which is off-putting, to say the least, especially late at night.

If I fits I would sits

So far it seems like the Respawn RSP-900 is doing everything you would want from a reclining game chair, but here’s the rub: it’s just not a comfortable seat. I’m cannot get comfortable sitting in it and the several friends with varying body types I’ve had come over and try it out had a similar experience.

The real problem is this chair seems to be designed for a pre-adolescent gamer, not a full-grown one. At six feet tall most of my lower leg and feet are not supported by the very short leg rest, and the backrest is also rather short. The width of a recliner should be spacious and comfy, but the Respawn RSP-900 is a tight fit. The cushioning leaves a lot to be desired as well as I can feel the metal frame under the front of the seating.

The doctor says I need a backiotomy

I think that Respawn understands what makes a good gaming chair, but those skills don’t seem to translate over to the traditionally La-Z-Boy dominated world of recliners. The Respawn RSP-900 needs more of what makes recliners the kind of seats that you fall asleep in while watching Family Guy reruns at midnight rather than the type that you sit in all night while on a Red Bull-fueled gaming spree.

I would honestly love to see Respawn take another crack at making something like this. If they could embiggen it for human adults and give some sufficient padding, this might be a viable product in the future. For now though, at a price point of $299.99, I’m afraid you might actually be better off with a bean bag or just forking out the dough for a real recliner.

This review is based on a product provided by Respawn. The Respawn RSP-900 is available now at a suggested retail price of $299.99. It is available in black, gray, red, blue and white.