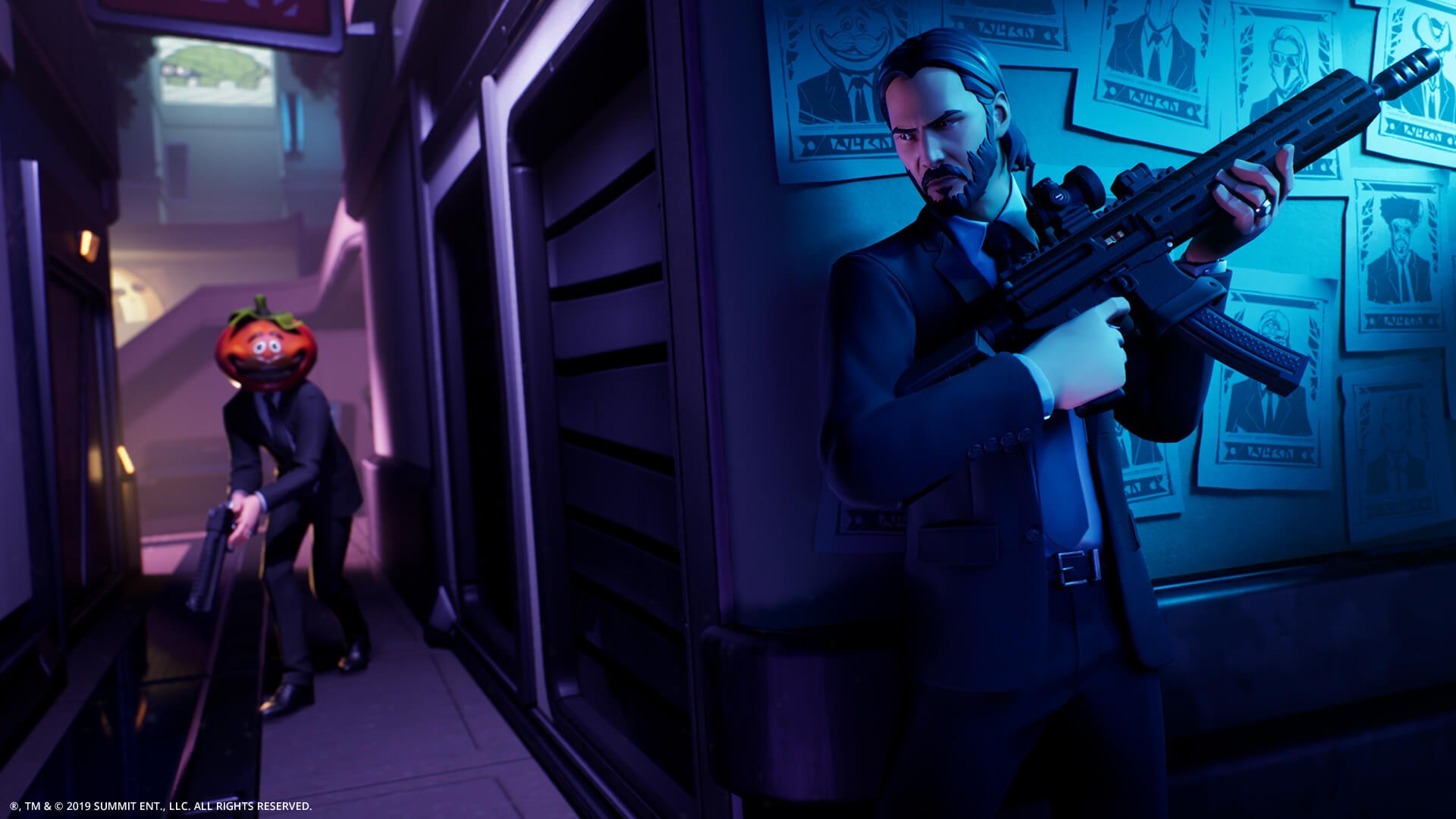 Wick’s Bounty, a new Limited Time Mode, has hit Fortnite: Battle Royale. This special LTM comes hand-in-hand with other John Wick-themed goodies. However, for those players that want to save some pennies, there are still plenty of cosmetic items to unlock, provided you complete the Wick’s Bounty challenges!

Wick’s Bounty is a squad-based Limited Time Mode that tasks teams with earning gold tokens for kills. The first team to reach the require tokens wins, but the team that’s in the lead will be marked on the map – an actual bounty on your head. A three-life system is in place, so if you die it’s not the end of the world, but don’t go wasting those lives.

There are six challenges to complete as part of this LTM, with the first two rewarding cosmetic items:

If you want the John Wick-themed glider and the boogeyman black wrap, you will need to win a match of Wick’s Bounty and play five matches of this LTM, respectively. These shouldn’t be too difficult for some players, but winning a match could come down to luck. Keep playing matches until you earn that win!

The biggest reward is given for completing five of the challenges. With five challenges finished, you will earn the golden Continental coin back bling. As mentioned in the Fortnite and John Wick crossover news post, this gold coin is the currency used by assassins and the only currency accepted by the Continental.

Considering there are only six challenges in the Wick’s Bounty Limited Time Mode, you will need to complete nearly all of them to unlock the back bling. The only challenge you might like to skip (if you don’t mind missing out on the cool cosmetic) is the “win a match” challenge. Trying to win a match could be a bit stressful, especially if you come up against an endless supply of skilled teams. The gold coin back bling is the main goal here though, so don’t worry if you can’t get that win.

While John Wick has sort of been in Fortnite for a while now, this is the first time his likeness has been officially endorsed. Because it is only available for a short time, get in and start earning gold tokens in the Wick’s Bounty Limited Time Mode in Fortnite! Keep it locked to Shacknews for the latest Fortnite news, guides, and more!