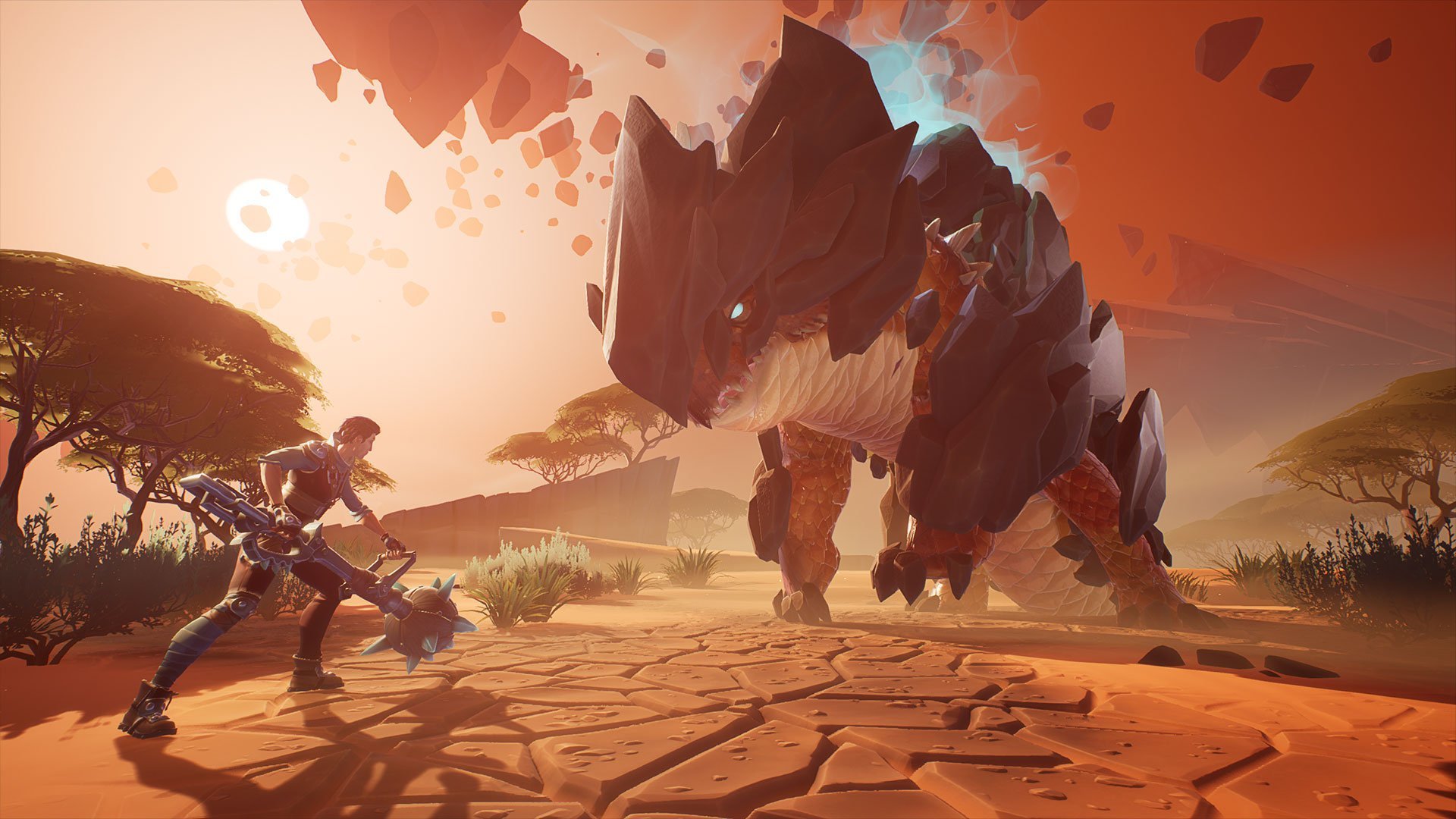 What's better than slaying huge monsters in a massive, open, fantasy-inspired world? Doing it for free, of course. Developer Phoenix Labs is working on a beautiful new free-to-play action RPG named Dauntless, and it's shaping up to be the monster-slaying game of choice for gamers not totally into Capcom's spin on the genre. Shacknews was recently able to get some hands-on time with the new title ahead of its release later this month, and players can check out some crisp story mode gameplay video footage in the embed below.

Dauntless has been available in open beta form for the PC for a while now, but the game is finally gearing up for its proper release. As part of the road toward launch, Phoenix Labs will be drawing on all of the feedback, concerns, and criticisms left by open beta participants. As such, when it lands on PC and consoles next month, it will include all the updates added during the beta period, and that includes the latest Hunt Pass Season 5, subtitled Hidden Blades.

As with many other games-as-service type releases, Phoenix Labs will also make sure that Dauntless receives plenty of new updates and in-game events. Daily quests will be available, and fresh content will be thrown into the mix at regular intervals. In fact, the story itself should really serve as a teaser for the remainder of the experience, which looks to have plenty of endgame potential.

Dauntless releases for PlayStation 4, Xbox One, and PC on May 21, 2019. Console players who want to learn more about the game can read up on how the console versions fare when compared to PC editions by checking out Shacknews Reviews Editor Blake Morse's Dauntless hands-on impressions. For more exclusive gameplay footage and and developer interviews, be sure to follow Shacknews and GamerHubTV on YouTube.