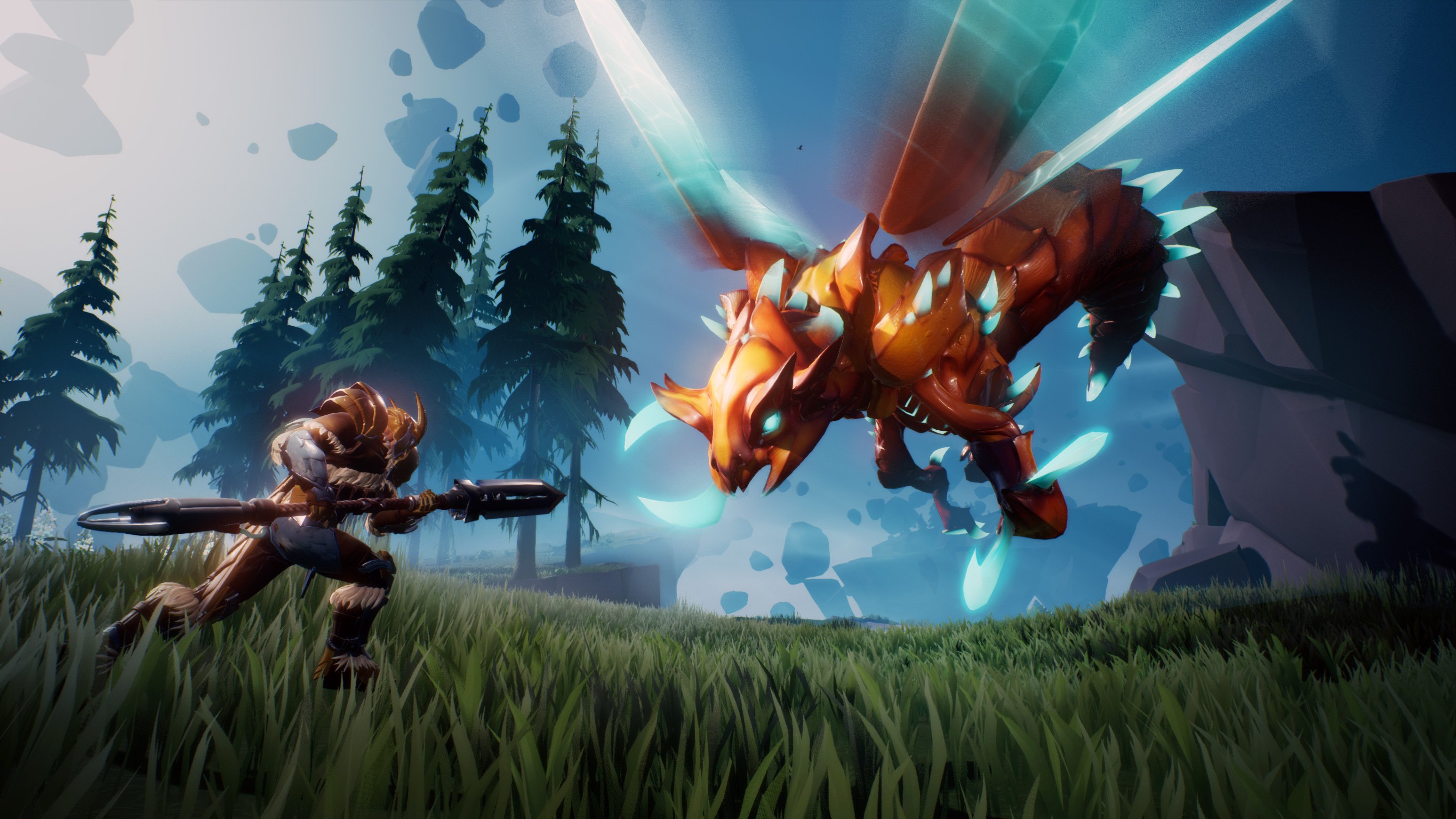 As action-based video game mechanics go, being tasked with slaying gigantic monsters is a pretty good hook. Small wonder why the team at Phoenix Labs took such a direction for Dauntless, its upcoming free-to-play action RPG. Shacknews was recently able to sit down for some classic one-on-one gameplay time with the upcoming release, and we're here to share our exclusive Dauntless monster hunting gameplay footage with the rest of the world. Check it out in the video embed below.

Those who have been closely following the game's development already know that Dauntless has been available in open beta form for the PC for quite some time. It's been quite the road so far, with the game receiving a number of updates based on user data and fan feedback. Now it appears that the team is finally ready to show the game to the world, as they've recently revealed that Dauntless will release next week on PS4, Xbox One, and PC.

Alongside the base game, the proper free-to-play release will also include all the updates added during the beta as well as a number of themed and timed events that will kick off in the future. The first will be the Blossom Moon Festival, where players can slay massive beasts and earn rare loot as a reward. To make matters even better, Phoenix Labs will be bringing other events to the game on a regular basis.

As for the gameplay itself, Monster Hunter fans will find plenty to love. The world of Dauntless plays home to a number of beasts known as Behemoths, and taking them down isn't just a rush, it's also a way to earn the resources needed to craft new weapons and gear. It's a robust system that not only rewards players for courage, but also opens up plenty of opportunities for high-level endgame activities.

Be on the lookout for Dauntless when it releases for PlayStation 4, Xbox One, and PC on May 21, 2019. Interested console players can learn more about how the console versions run when compared to the PC versions by checking out our Dauntless hands-on impressions. For more exclusive gameplay footage and developer interviews, be sure to follow Shacknews and GamerHubTV on YouTube.