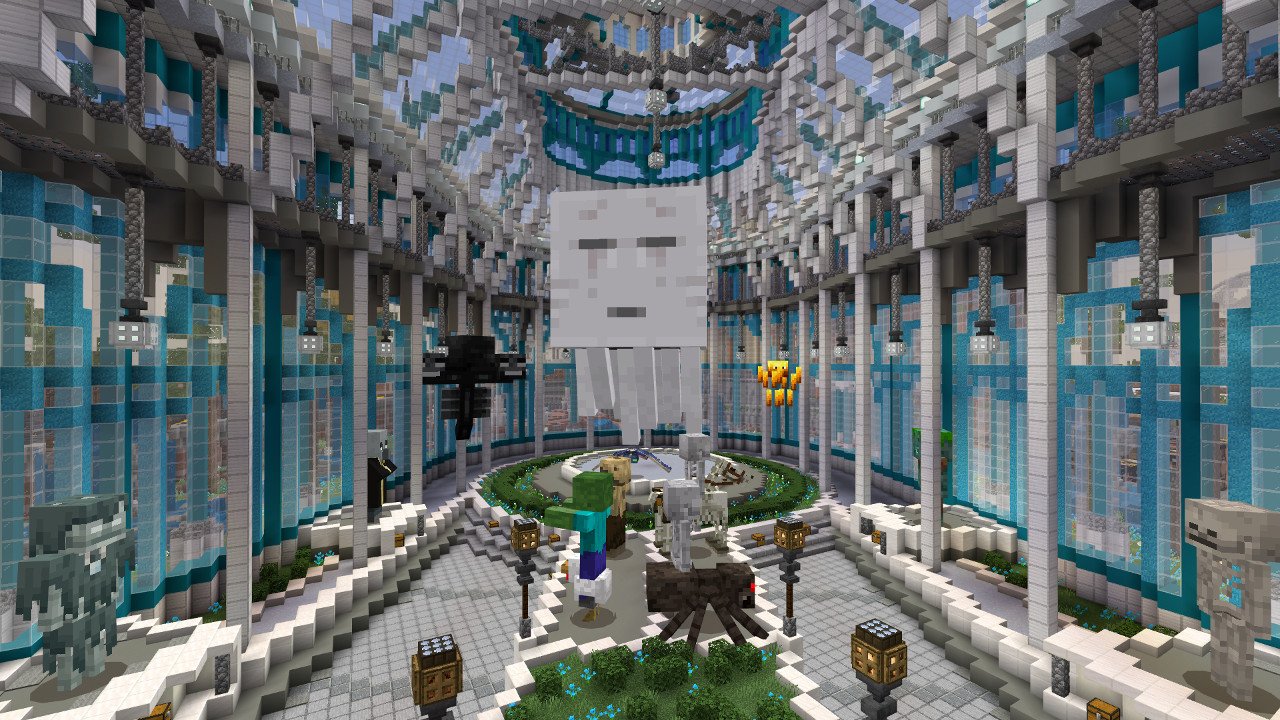 Minecraft is celebrating 10 years of block-based building with a special anniversary map that takes players through the game’s history with an interactive museum experience. The entire experience is made in a pre-built map available to players who want to download it and try it out.

As you explore the museum, you’ll have a chance to take part in puzzles, discover Easter eggs, and even hop onto various rides as you’re taken through the game’s 10-year history. There is a ton to see in this interactive museum, as you walk through rooms that are dedicated to every block that appears in Minecraft. It’s a great way to explore the game’s past 10 years and see all of the different milestones that they’ve reached.

This isn’t the only thing that Mojang has planned to celebrate the game’s 10-year anniversary, though. The company also has some announcements coming up on May 17, that are said to be fairly substantial. We’ll just have to wait and see. You can also pick up some items from the shop during the anniversary sale, including a 10% discount on many of the top items, as well as a 50% discount on the game itself.

The museum itself is more than worth exploring, and you can download it yourself from the official post. If you haven’t visited the world of Minecraft in a while, then now is the perfect time to do so. A lot has changed over the past few years, with Mojang adding a ton of great content that has really expanded on the formula.

For more information on the latest Minecraft updates, be sure to keep an eye out on our Minecraft news hub. You can also head over and follow Shacknews on Twitter, where you’ll get a constant stream of our latest news coverage, strategy content, and more delivered right to your timeline.

Discord to partner with YouTube to bring videos to the app

The Long Dark Episode 4: Fury, Then Silence due in October
Login / Register