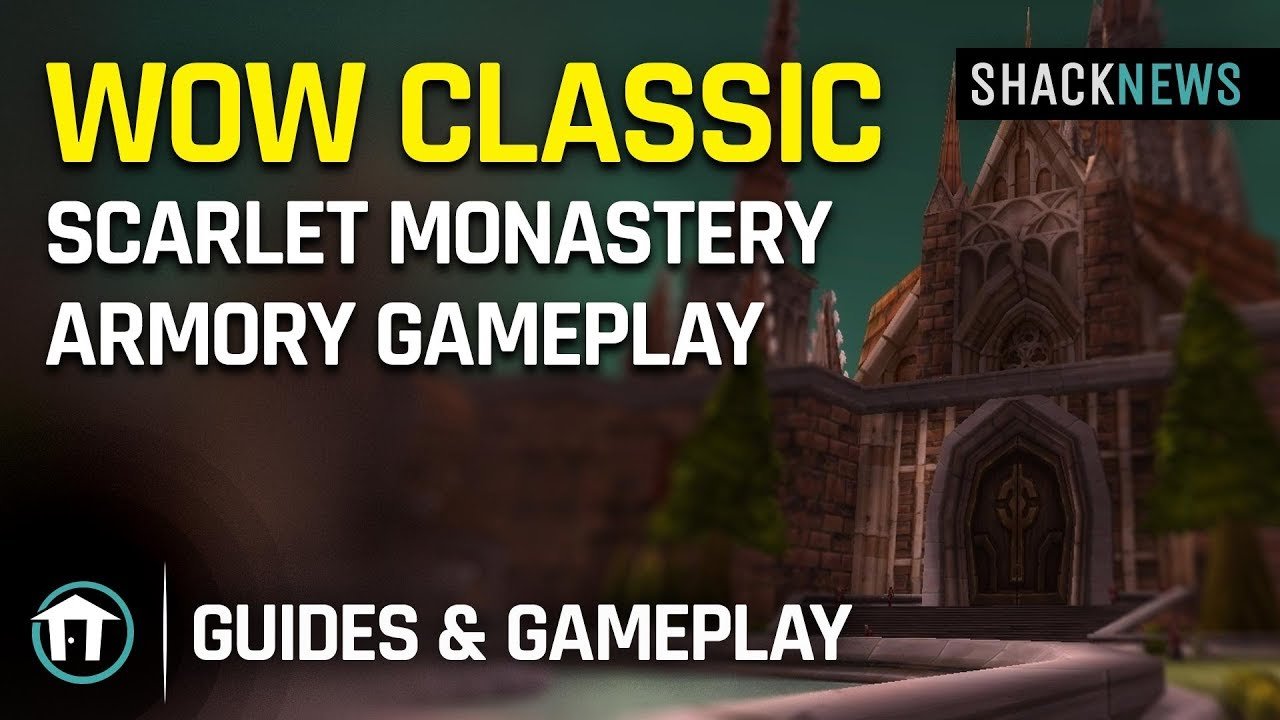 Shacknews recently got hands on with WoW Classic during a preview event held at Blizzard. We teamed up with four other heroes to explore the infamous Scarlet Monastery dungeon instance. Check out this gameplay as we travel from Stormwind to Scarlet Monastery.

We tackled the library first once we got inside, to get the key for the Armory. I was playing the tank role in our group. We were a little higher level than everything in the dungeon, making things a bit easier. We eventually got to the end, beat the dungeon boss, and received our sweet loot. Our team pretended that it was the year 2004 to really get that true WoW Classic feel.

After getting the key from the Library, we were able to unlock the Armory section of the dungeon. We were on a timer, because our Healer had interview appointments to go to. The team eventually got overconfident and was wiped out by too many mobs of enemies.

WoW Classic is set to release later this year. Check out our 20 minutes of Ret Paladin questing gameplay, in case you missed it.