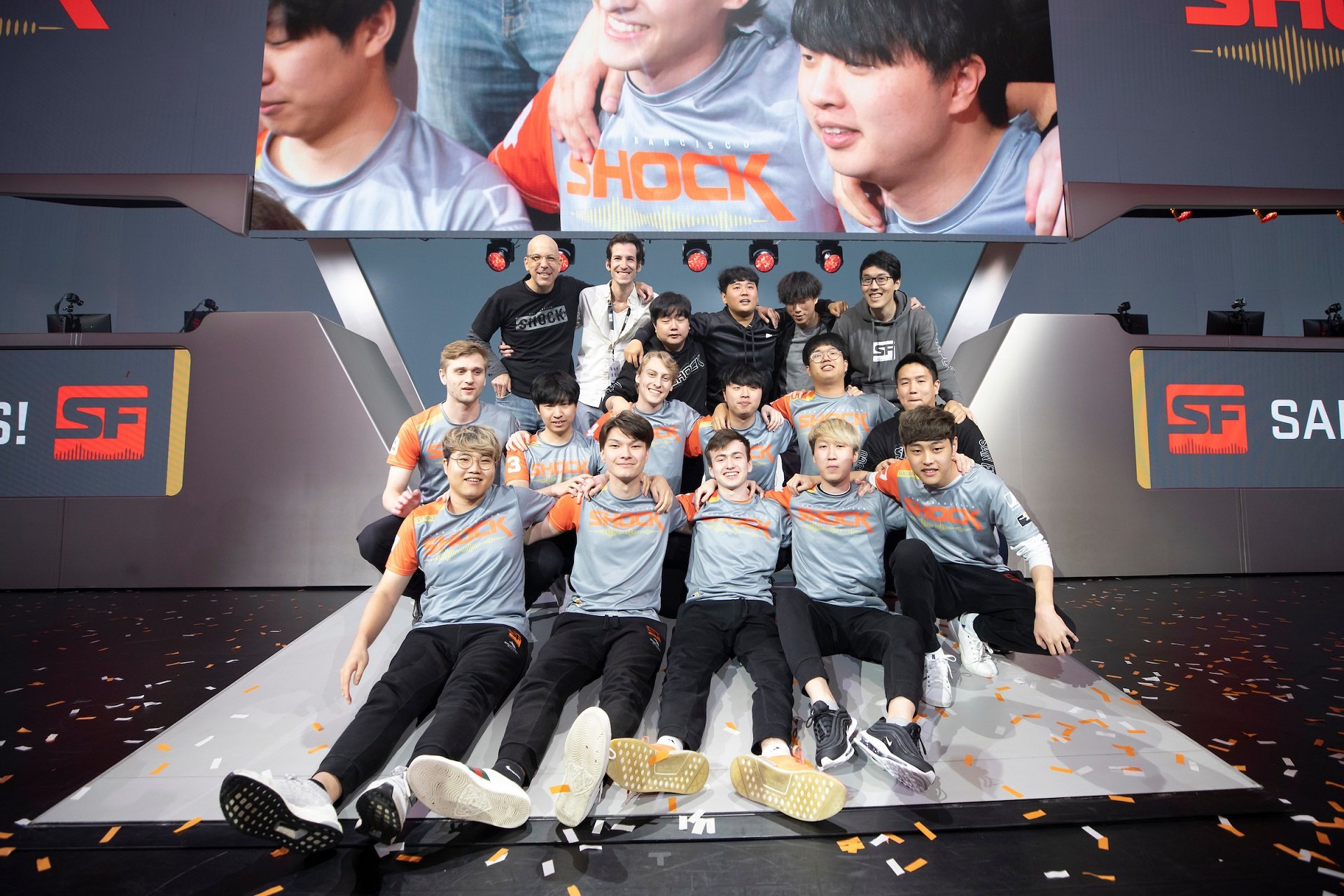 The Overwatch League finished up its second stage in grand fashion over the weekend. While much of the attention over the season has gone towards the near-unbeatable New York Excelsior and Vancouver Titans, the story of Stage 2 has been the San Francisco Shock. The Shock's story continued on Sunday, as they completed Stage 2 undefeated after winning the Stage 2 Finals with a 4-2 victory over the Titans.

The Shock's victory caps off a full weekend of domination. According to ESPN Stats and Information, the Shock only dropped three maps over the entire Stage 2 Playoffs, two of those in the final series. With a 7-0 Stage 2 performance, the Shock now sit in third place in the overall standings with an 11-3 record behind only the Titans and the Excelsior. Stage 2 has been a very different story for the Overwatch League, with the Shock taking full control after the game's 1.34 patch, which issued a handful of balance tweaks to the game's characters.

The Titans have plenty to hang their hats on, despite the loss. On top of taking two maps off the Shock, the Titans cruised to the Finals after sweeping the Dallas Fuel 3-0 and knocking off the rival Excelsior 4-1 in the semifinals. The Titans also remain the only undefeated team in the Overwatch League, with a 14-0 overall regular season record.

For their victory, the Shock take home $200,000, with the runner-up Titans winning $100,000. Stage 3 awaits, but the Overwatch League will take a one-week break for this year's All-Star Game festivities, followed by a full week off for all players. Stage 3 will begin on June 6.