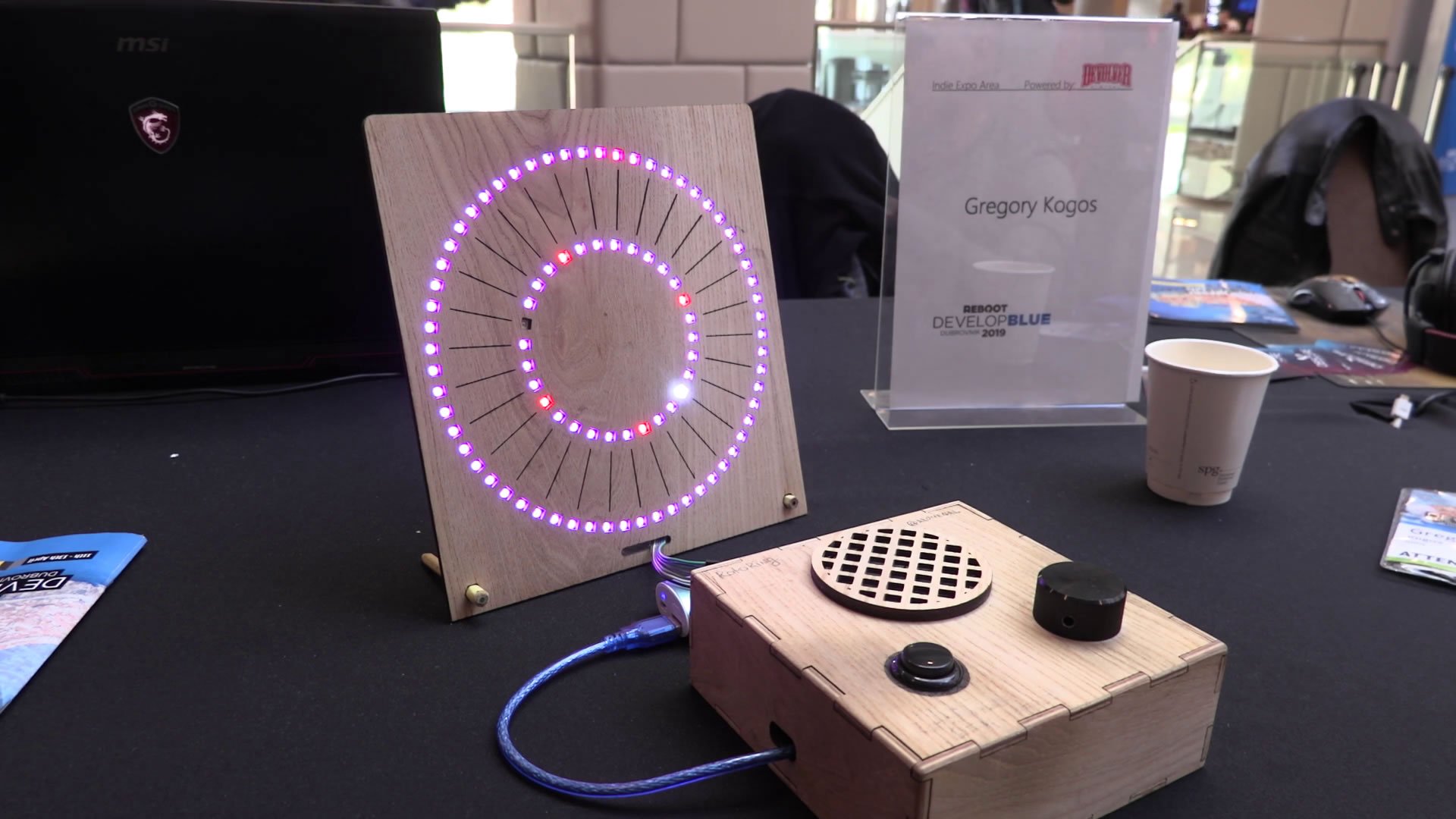 For many modern players, video games are all about high-intensity digital thrills. For others, however, gaming can be very simple. In fact, great games don't even need to be based around software: It's totally possible to create a fully hardware game, and indie developer Gregory Kogos is proving how much fun such games can be with his new RotoRing.

Shacknews recently had a chance to speak with Kogos at Reboot Develop Blue in order to learn more about his latest creation. Check the full interview out in the video below.

What exactly is the RotoRing? For that, it's best to defer to Kogos' description: "It's a fully hardware game — there is no computer inside. [There's] just [an] Arduino inside — a microcontroller — some LED lights, buttons, and that's your game."

As for how the game itself actually works, things are similarly simple: A spinning knob rotates a white LED light around one of the two circles, and the machine's sole button jumps the light between those circles. To progress, players simply need to move the white LED light to the empty node.

Things quickly ramp up after the first stage, however, as red LED lights appear to block the player's path. Bumping into them means game over, so players must find a way to jump between the two rings and reach the exit point. Levels quickly get more complex, reducing the margins with which players can jump between the rings, allowing the red obstacle lights to move in various patterns, and placing exits perilously close to danger zones.

Frankly, the RotoRing looks like a callback to the sort of toys kids were enjoying in the 70s and 80s while the video game industry was still in its infancy. However, its origins are based around a game that's much more modern: Kogos said that the RotoRing was heavily inspired by Line Wobbler, another Arduino-based game from developer Robin Baumgarten that makes use of an array of LED lights.

Kogos says that the RotoRing is not something he expects to bring to market. With that said, for the right person and the right price, he's willing to make more machines, particularly for private buyers and bar or barcade owners. Users can get into contact with him via Twitter @aronegal. For more interviews straight from Reboot Develop Blue, be sure to follow Shacknews and GamerHubTV on YouTube.