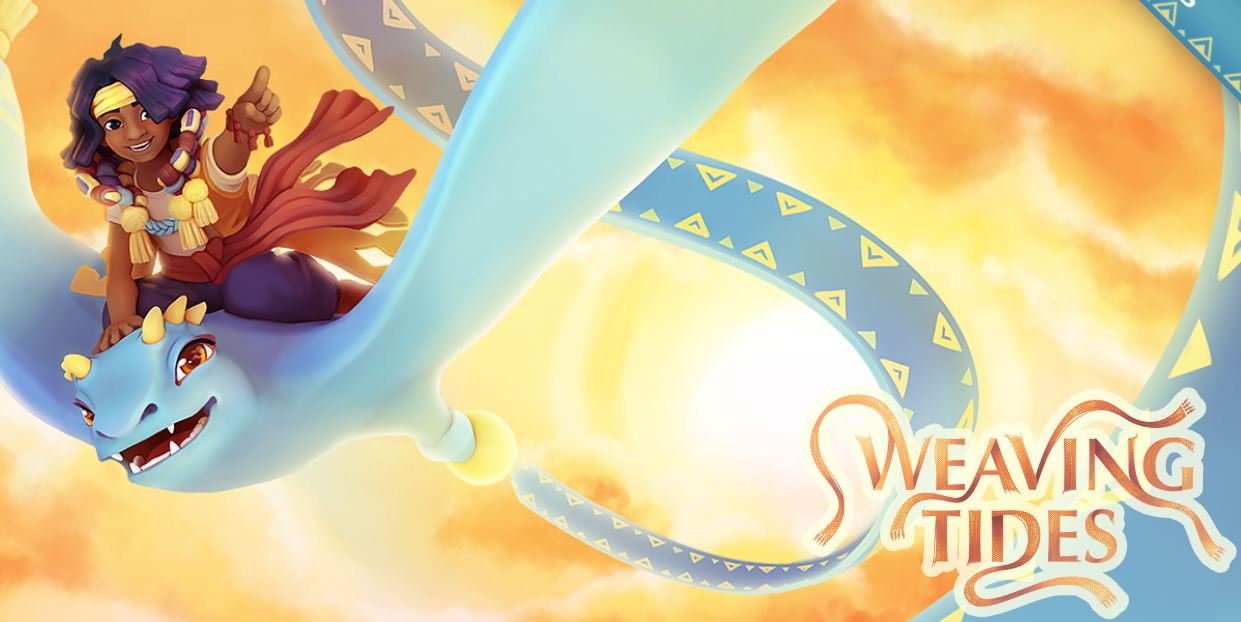 Indie games remain on the forefront of new designs in gameplay and visuals and the newest incoming crop of titles is keeping with that trend. One such game is being made by Austrian outfit Follow the Feathers. Their project, Weaving Tides, puts players in control of a dragon-like creature with a long thread for a tail. As the creature moves throughout the woven world, the thread repairs holes in the environment, dispatches enemies, and helps with solving puzzles.

We got the opportunity to speak with Verena Demel, Follow the Feathers team member and Creative Director on Weaving Tides while we were at Reboot Develop Blue 2019 in Croatia.

Demel spoke with us about the project, including the genesis of the idea behind the game. She explained that the team wanted to explore the idea of a world that was woven together, who or what would live in such a world, and what the world would look like. The gameplay design was not considered at that stage of the project, but was later conceived once the world was fleshed out. Eventually, the team settled on having the woven surface act a bit like the surface of water, allowing the player to dive down into and then back up above. The tail on the creature would drag the threaded tail as it went above and below the surface, repairing tears, ensnaring enemies, and solving puzzles.

Making a video game outside the confines of conventional publishing structures presents it own set of challenges to independent developers. Demel explained how the additional workload of dealing with the business side of development affected the project and how it can take away from valuable development time on the game.