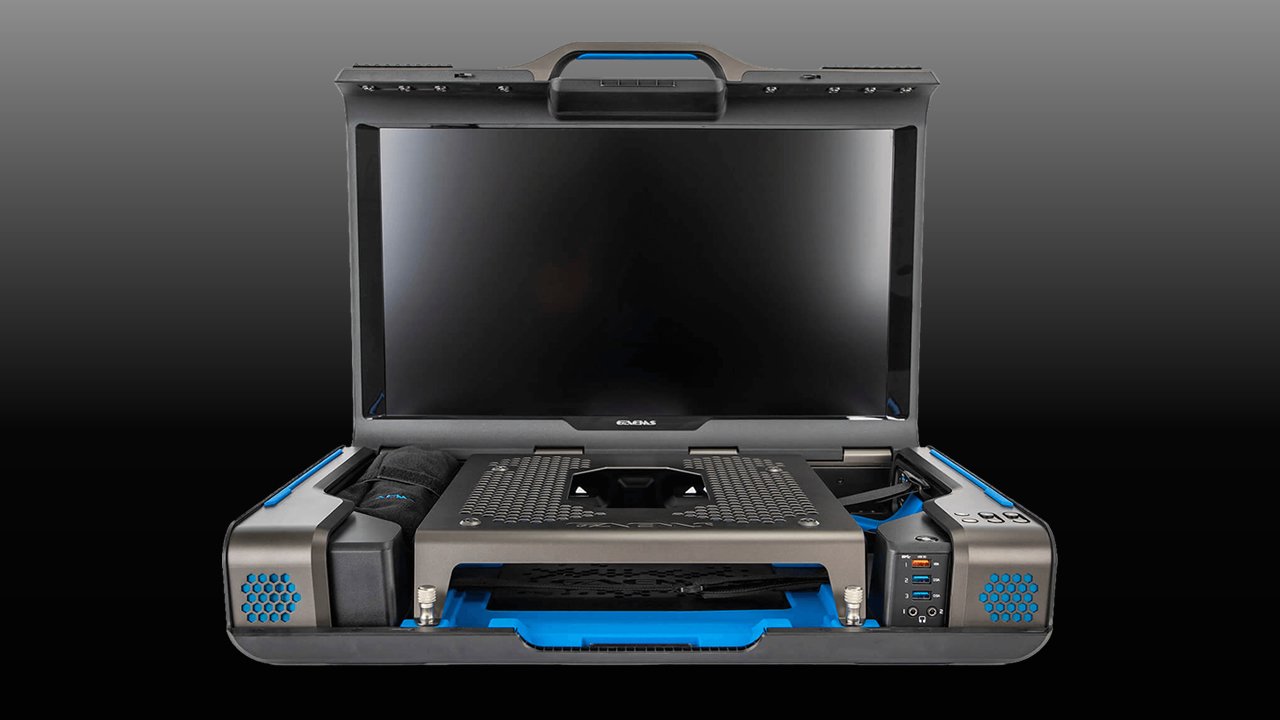 Consoles are great for gaming, but unlike more mobile-friendly alternatives such as the Switch or laptop PCs, there aren't many options for console gaming on-the-go. We say "many" in this instance because the folks over at GAEMS have been producing what the company calls "personal gaming environments" for a while now. Bundling speakers, cabling, and a WQHD display into a single portable-friendly package, the new GAEMS Guardian is the company's most robust offering to date.

Shacknews was on-site at Reboot Develop Blue and was able to get a closer look at the GAEMS Guardian. Check out all of its bells and whistles in the video embed below.

The official GAEMS website defines Guardian as "a defender, protector, or keeper. One who looks after someone or something that is unable to protect themselves." How appropriate that it's the name given to the company's newest and most feature-packed personal gaming environment.

As can be seen in the video, the Guardian takes the features offered in similar company products such as the Sentinel and turns them all up to 11. The built-in display has been replaced with a 24-inch IPS display offering a 1440p resolution and a 9-millisecond response time. The Guardian also includes a media center that provides built-in USB access and routing in order to minimize cable clutter.

It's built for more than one player, too. A nine-watt stereo speaker setup, dual headphone jacks, and internal storage for controllers and cables make sure the Guardian is prepared for any gaming need. It even has accessory mounts for devices like webcams, meaning there's nothing stopping players from streaming from their console no matter where they may wind up gaming.

Pre-orders for the Guardian are available now over at the product's Indiegogo page, where the device is currently being offered at a price of $700. More information about the Guardian and other personal gaming environments can be found at the official GAEMS website. For more games industry convention coverage, head over to the Shacknews and GamerHubTV channels on YouTube.