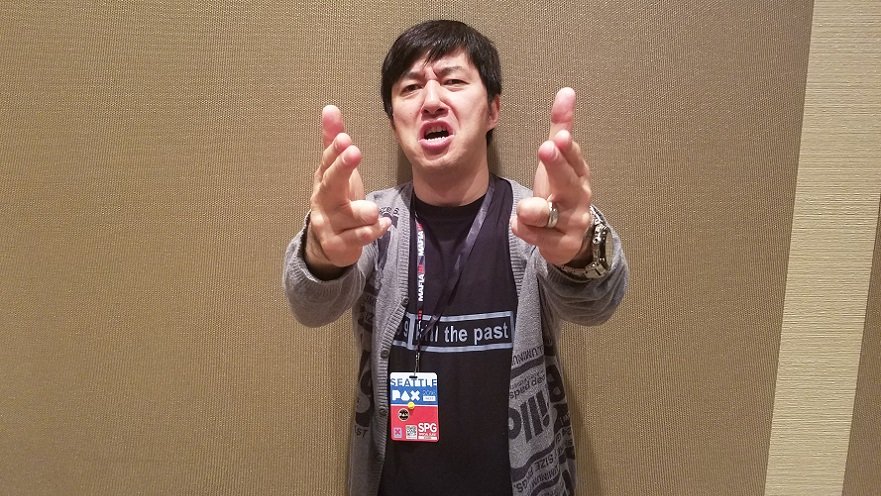 Suda51 to make announcement at MomoCon 2019

Ready for a new game from Suda51, or even some new DLC or something similar? You may want to keep your eyes peeled for the upcoming MomoCon 2019, where the legendary developer himself is going to be appearing for the second time in a row.

MomoCon is taking place Thursday, May 23 through Sunday, May 26 and will bring over 38,000 attendees to the Georgia World Congress Center, which happens to house the largest gaming floor of any convention in the southeastern United States.

Last year, Suda51 revealed the Killer7 HD update coming to Steam, and he's poised to discuss a few things this year too. He's got a "Travis Talks Again with Suda51" panel scheduled for Sunday, May 26 at 7 PM CT.

“I’m really excited to be back for another visit to Atlanta,” said Suda51. “I have great memories from last year's event, where I got to announce Killer7's Steam port and shared a moment of excitement and joy with the audience. And guess what? I've got another announcement for this year, too! I'm looking forward to seeing you all there!”

It's possible this could be the big announcement: No More Heroes 3. The ending of Travis Strikes Again: No More Heroes revealed a tech demo for the upcoming title, but nothing had been officially confirmed just yet.

While we're uncertain what the announcement could be just yet, we're definitely excited to see what Suda51's announcement could be. It's about time for him to let us know he's working on something new, and with E3 2019 right around the corner, it's quite possible we may even get to play whatever it is he's got up his sleeve. Whatever the cool news may be, you know it's got this Suda51 fan pumped.