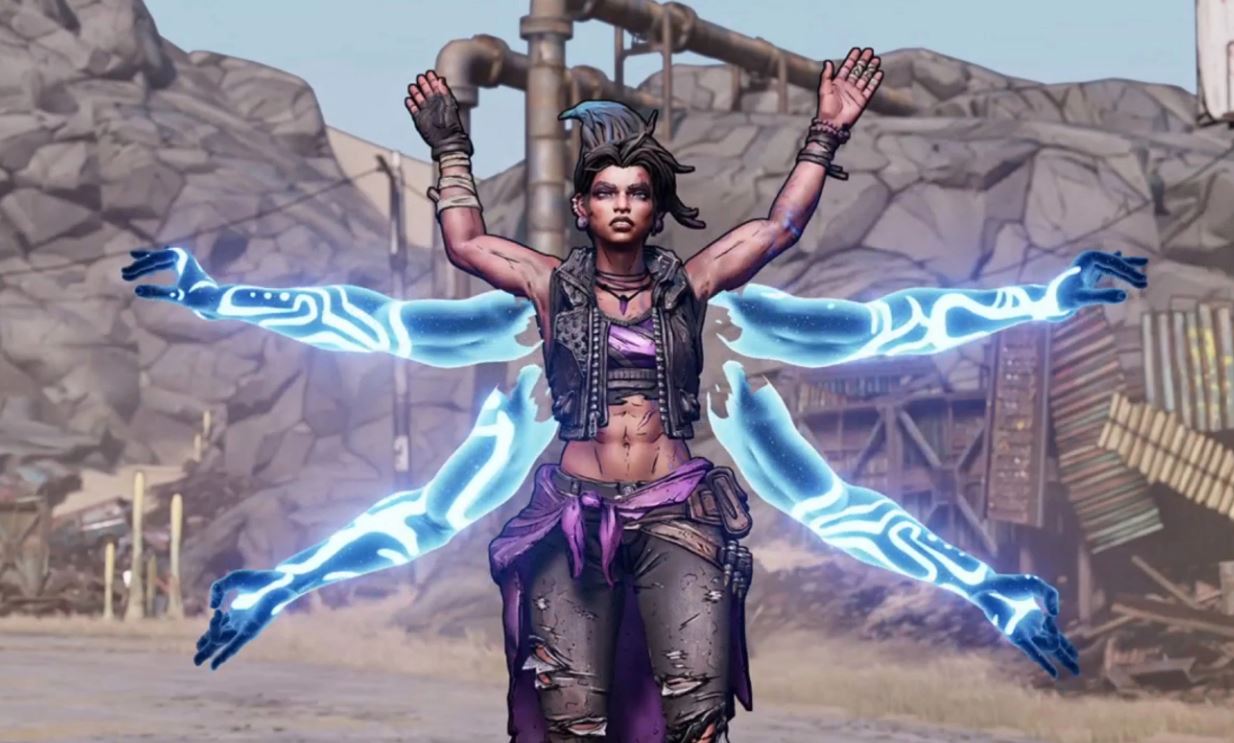 Gearbox Software is ramping up for a big 2019 on the back of their biggest game to date, Borderlands 3. The looter shooter sequel is promising all-new worlds and a nearly endless supply of guns. The development team has also whipped up a new set of Vault Hunters for players to take to battle, including the new Siren, Amara. The Shacknews video team was able to score nearly fifteen minutes of new gameplay footage showing off action from Amara’s perspective as well as glimpses at franchise favorite Zer0.

The gameplay video gives a glimpse of action against level 10 enemies, as well as a closer look at a few of the nearly one billion guns that will be able to drop for Vault Hunters in the full game. The Borderlands series is widely known as a love letter to both loot RPGs like Diablo and gun-based mayhem and the third installment is no different. Killing enemies and opening chests offer the chance that new weapons of nearly endless variety will drop. Some of them may be on the weaker side or feature gimmicks that offer situational effectiveness at best, while some of the drops will literally be machine guns that shoot rockets. The latter will always be effective for any Borderlands enemy encounter.

In his extensive hands-on piece about Borderlands 3, Shacknews Senior Editor Ozzie Mejia mentions that Gearbox is promising more boss fights than the series has ever seen before, as well as big changes to loot distribution and group play balance. For Borderlands 3, party members will finally be receiving individual instanced loot, ensuring that all players get a fair shot at drops. Additionally, the game is more accommodating of mixed level Vault Hunter parties with per-player enemy and damage scaling. The latter change can also be reverted to the classic Borderlands party balance structure for those who want to work through the game using the old mechanics.

Borderlands fans have lots to look forward to with the new game. The fun kicks off when Borderlands 3 launches on Xbox One, PS4, and PC (via Epic Games Store) on September 13. You can find more videos, guides, and content for the game by checking in on our Borderlands 3 hub.