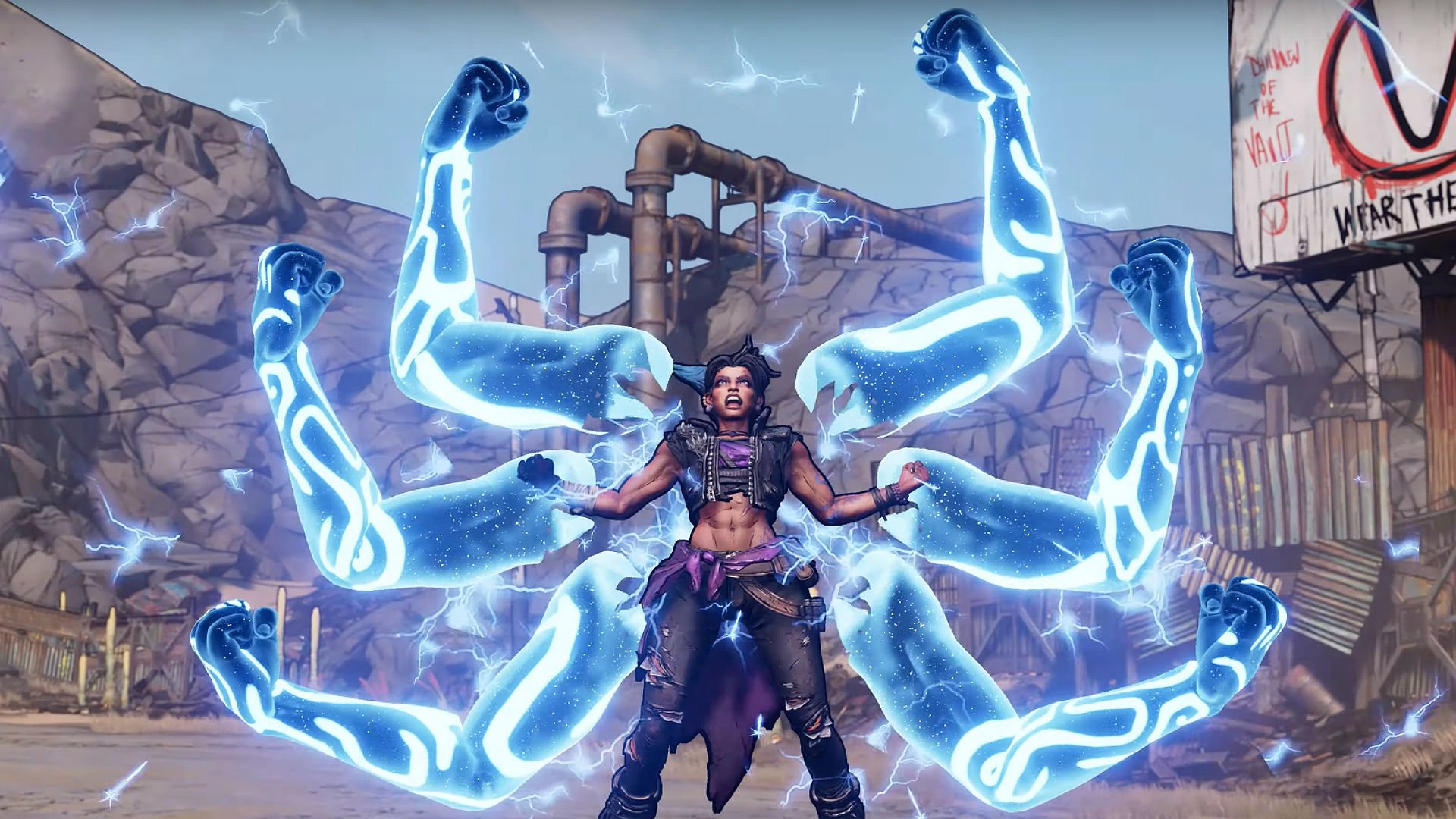 Gearbox debuted Borderlands 3’s gameplay today during a livestream event, but if you’re looking to experience more of the gun-filled world that makes up the latest entry in the Borderland series, then we can help fill that gap.

We had a chance to go hands-on with Borderlands 3 recently, where we were able to check out the series’ newest Siren, Amara. Amara, like Sirens before her, is a force to be reckoned with, and players looking to master the various Siren abilities will have their work cut out for them. Below you’ll find three videos, each of which will explore more of Amara’s abilities, as well as see her in action.

Obviously, we do want to warn players that there may be spoilers in the videos below. So, if you’re trying to avoid any kind of spoilers, then we’d suggest holding off on checking out the videos. However, if you don’t care about spoilers, then go ahead and fire up the videos. In the video below, players can see some of the various powers that Amara can use in action. The video also includes a special appearance from a character that many players might recognize as Zer0. One of the main characters from Borderlands 2.

Finally, we’ll round off our videos with a massive 46-minute exploration of Borderlands 3’s main story. In the video we’re playing as Amara, so it will give you a really good idea of what you can expect as you play through the campaign using the latest Siren character from the Borderlands series. If you’re interested in seeing how a lot of the mechanics in Borderlands 3 work, then it’s definitely a video that you should check out.

Of course, you’ll want to make sure you subscribe to Shacknews and GamerHubTV on YouTube for more behind the scenes coverage, as well as new interviews, and gameplay reveals.