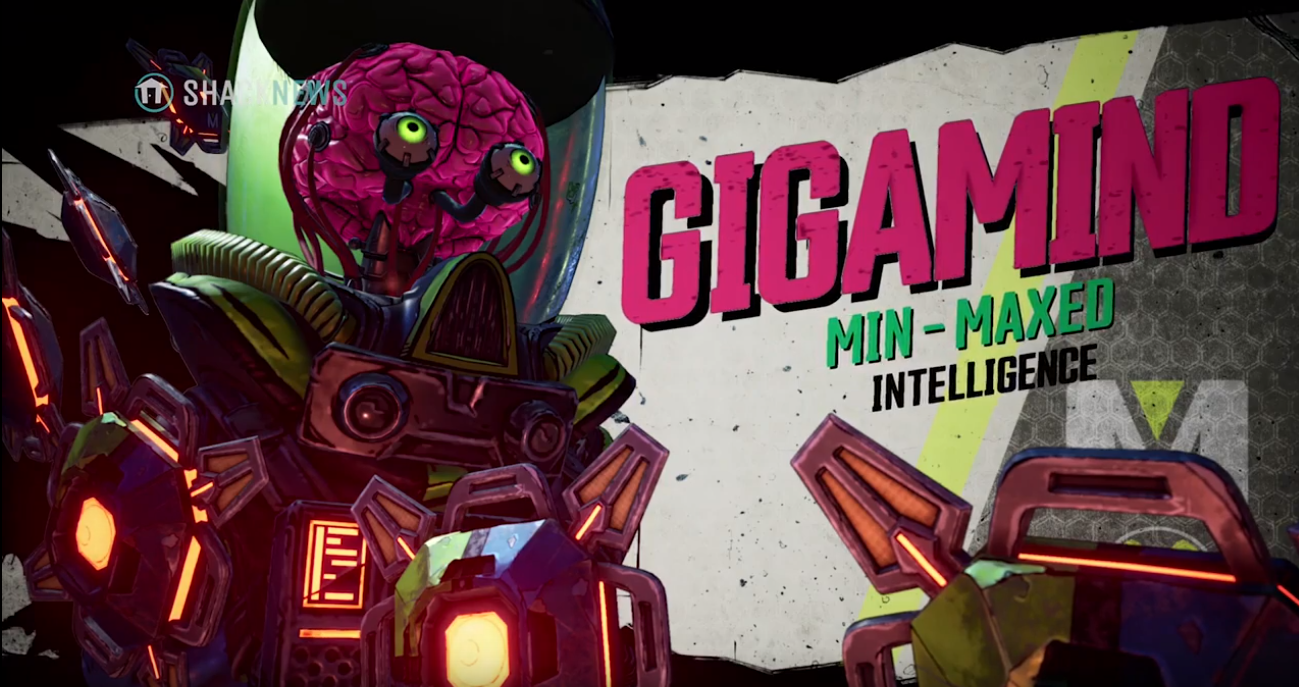 The Borderlands series is all about shooting stuff and grinding for sweet loot. While you might have seen some Borderlands 3 gameplay with regular enemies, today we are ready to share the footage we captured this week at a special preview event in Los Angeles, California. Please take a look at this boss fight with the big-brained bad guy Gigamind.

In this gameplay video, we threw down with level 10 boss Gigamind. It's no surprise that headshots were super effective against this dude with the massive cranium. As the fight raged on, we had to take cover as the weakened Gigamind called in for reinforcements. Once we finally dispatched with the bad guy with the gigantic noggin, we instucted to secure Gigamind's Gigabrain for science. There was definitely tons of loot dropped by the battle, leaving players with plenty of options for blowing up more enemies.

The Borderlands 3 gameplay reveal live stream is still going on, and the hype train has barely left the station. We have been working on guides and FAQs to prepare all of our readers and viewers to get back into the grind. Be sure to link your Borderlands 3 SHiFT and Twitch accounts to unlock in-game rewards.