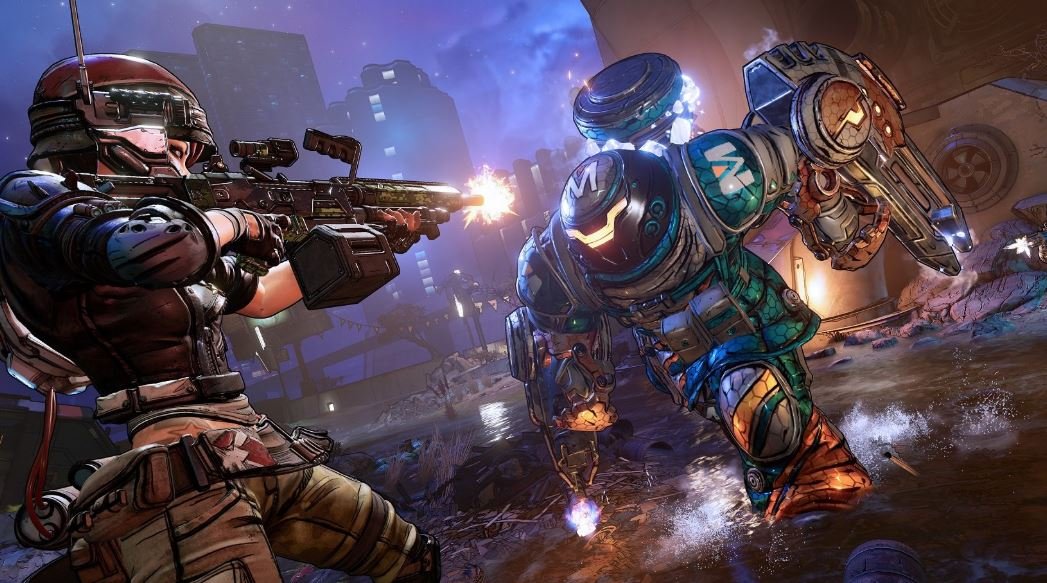 Borderlands 3 interview: Crafting a story with a billion guns

Gearbox Software scored a big hit a decade ago when they released the original Borderlands game onto consoles and PC. Its fresh mix of first-person shooting action and Diablo-style looting helped make the game a crossover hit with fans from multiple genres. In its wake, a wave of similar looter shooters like The Division and Destiny ensured that the genre was a force to be reckoned with.

As we approach the upcoming release of Borderlands 3 this fall, the team at Gearbox Software is beginning to take the wraps off their biggest game to date. We got the opportunity to speak with Anthony Nicholson, a producer at Gearbox, about the process of building a seemingly endless supply of unique weapons and the challenges of building a new story for fans of the series.

The exclusive press events for Borderlands 3 took players to the planet of Promethea, rather than Pandora, the setting for the first two games in the series. While the planet is new to Borderlands fans, it is still occupied by futuristic corporations like Atlas and Maliwan. Sanctuary, the hub city from previous games, makes a return under the name Sanctuary 3 and will be the launching point for excursions across the Borderlands galaxy.

Nicholson explains during the interview that the loot system for Borderlands 3 will be receiving an overhaul by way of instancing in cooperative play. This means that each player in a party will receive their own separate loot drops, with items being specific to a player’s level. Additionally, game balancing has also been modified from the classic Borderlands formula. Rather than having fixed enemy difficulty, enemies and encounters will scale to each individual player in a party, where a level 5 player will see enemies and damage numbers appropriate for their capabilities. Players of higher levels will see enemies that match their strength as well, making the experience for mixed level parties more fun for the group. Borderlands 3 will offer players the option to revert to the classic game scaling style if they so choose.

For more details on developing the story of Borderlands 3, as well as the task of creating an endless supply of guns, watch the full interview. If you are starving for more Borderlands 3 coverage, check out our exclusive hands-on preview. If you are still thirsty for more content, check out the Shacknews and GamerhubTV YouTube channels. There you'll find exclusive interviews, demos, and event coverage. You'll also get exclusive walkthroughs, gameplay video, and more. Subscribe to both channels and stay tuned to Shacknews for gaming and tech updates.