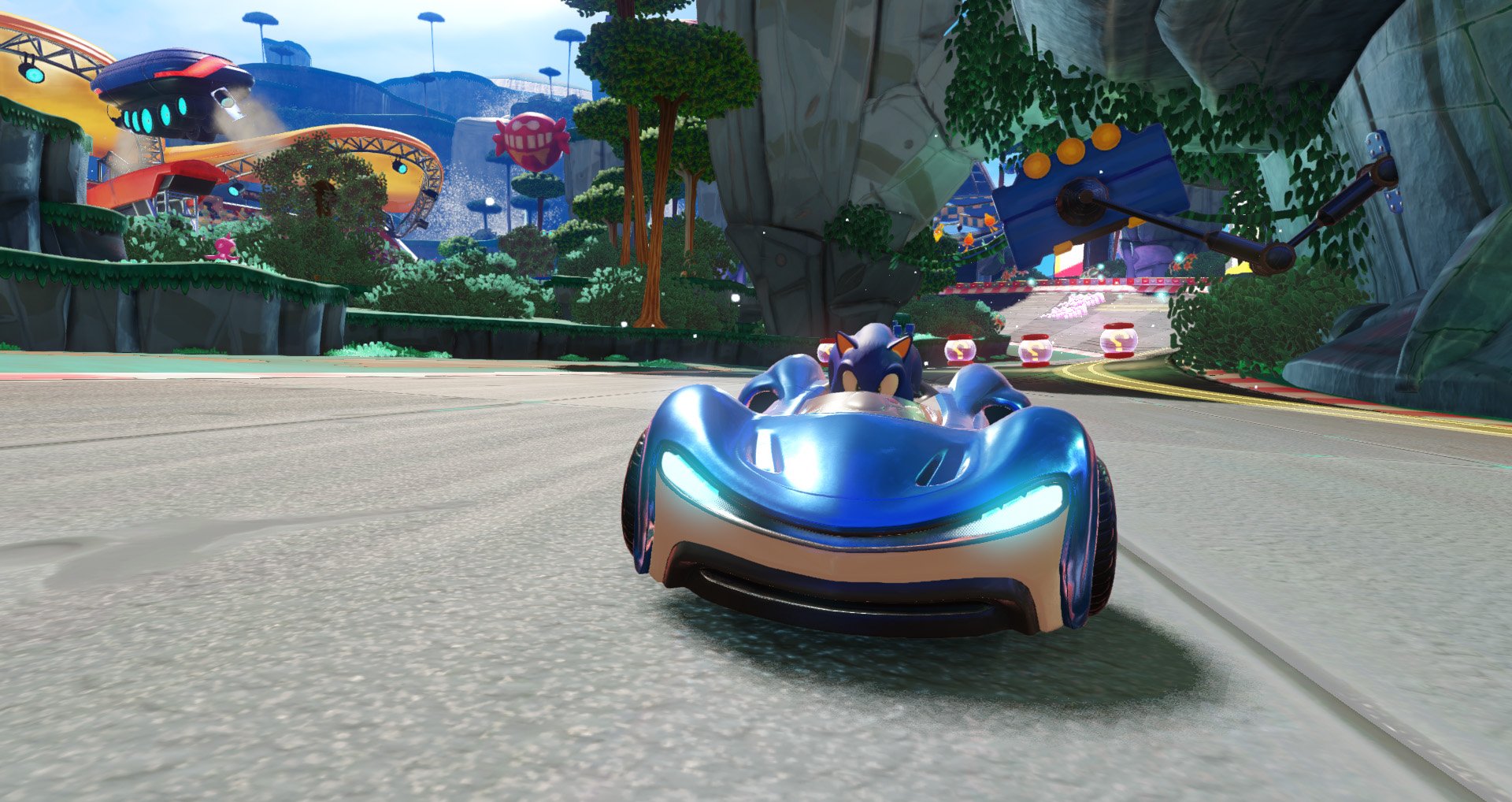 Team Sonic Racing is just a few short weeks away, which means we’re in the final phases of hype mode as we prepare to dive into the latest racer to take place in the Sonic universe. Last week at a press event in London, we had a chance to sit down and talk to Derek Littlewood, the Studio Design Director on Team Sonic Racing. During our chat we learned more about the boosts available in the game, as well as how teamwork will play a key part in some game modes.

According to Derek, each of the characters in Team Sonic Racing feature several different stat abilities that players can make use of to really amp up their gameplay. This allows them to really take charge of their playstyle and work together with other characters in certain modes. Boosts are also a pretty big component of the game, as well. While chatting with Derek we learned that the drift boost can be charged up to three times, and that when fully charged it can be used to blast your way past opponents, giving you that extra bit of edge you need to get ahead.

Of course, you can always check the video yourself if you want to know more about Team Sonic Racing. At seven minutes, our chat with Derek really left us hyped up and ready to dive back into Team Sonic Racing. The game is set to release on May 21, and we’ll be sure to keep you apprised of any new information that releases about it.

For more great interviews, behind the scenes footage, and gameplay reveals, be sure to follow and subscribe to Shacknews and GamerHubTV on YouTube. We’re always creating new content and uploading it to keep you informed of the latest gaming news and events.