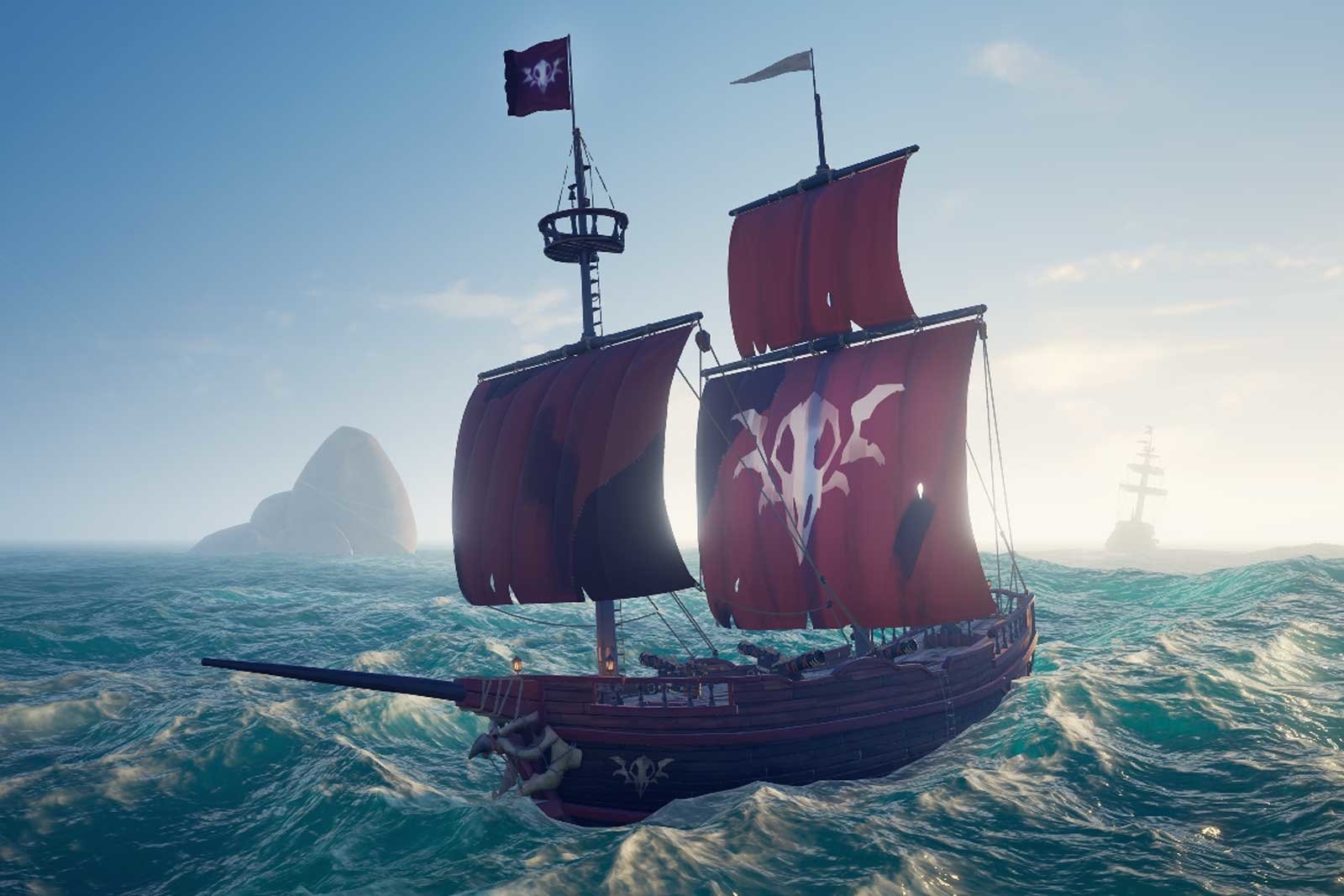 Avast ye, landlubbers! It's finally time to check out the Sea of Thieves' Anniversary Update in all its glory.

It's April 30, and you know what that means. All the hard work Rare put into bringing us all the new Sea of Thieves content we could shake a stick at is ready for you to jump into – so now you can stop reading Sam's exhaustive coverage here at Shacknews and surround yourself with some sweet pirate goodness. Included in the update are the competitive Arena mode, Tall Tales, fishing, cooking, hunting, and plenty of other ways to interact with the wide world of pirating Sea of Thieves has become.

One particularly exciting part of the update are the new Tall Tales adventures, which you can see in a trailer below. Tall Tales – Shores of Gold is comprised of nine different Tall Tales that find players working through a quest to reach the Shores of Gold, a legendary isle where riches untold are found. Pirates will have to work together to solve puzzles while interacting with a variety of different NPCs, and eventually unravel the secrets behind each and every mission until they're complete. At the end, untold treasures await. And you like treasures, yes?

The addition to Sea of Thieves should delight any landlubber looking for a reason to head back into the game, especially with all the swath of new content Rare has just blessed us with. Talk about a choice message in a bottle washing ashore. There's a crazy amount of new stuff to do.

But is it worth your time? Here's what Sam Chandler thought about it after going hands-on with the expansion before everyone else here:

"Players have plenty to look forward to when the Anniversary Update arrives in a touch under three weeks. It’s going to be interesting to see how the community at large responds to Shores of Gold (I’m anticipating good things) and how Rare continues to support Tall Tales well into Sea of Thieves’ future."

And now that future is here, mateys. So go! See what's in store for those of us chained to the writing galleys! The update is free for everyone with a copy of the game.