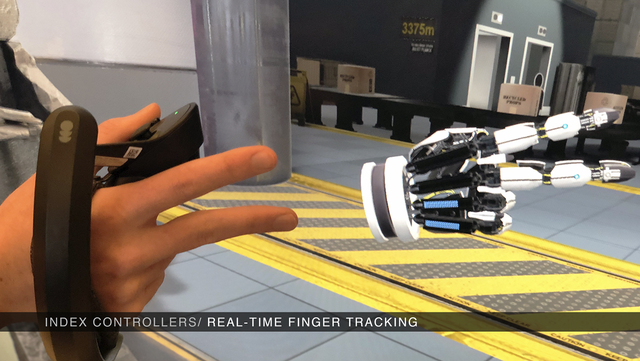 The Valve Index is looking like an especially exciting endeavor when it comes to virtual reality, but there's one important aspect that's really intriguing to see: finger tracking.

The Index's Knuckles controllers will contain 87 sensors per controller, all of which will work together to figure out the user's intent and enable finger tracking. We're talking optical, motion, capacitive, and force sensors all working in tandem. Valve has made it clear that human interface devices are an important pillar for its Index VR experience, and as such as made good on its word here. The Knuckles should reportedly last about seven hours with a single charge as well.

If you're interested in potentially snapping up an Index yourself, we've got all the details thanks to a  full writeup on everything you can expect out of the headset's specs, performance, and other planned inclusions for the device. It's as good of a time as ever to jump into the world of VR, right?

See something you like and want to hop on board? The Valve Index VR HMD will run $499 alone and will come in a bundle with new trackers and Knuckles controllers for $999. Preorders will begin on May 1 for those in the United States and Europe, with a July 1 release date. That's the projected release date, anyway, so hopefully we'll see it come to fruition.

As far as a projected release date for the flagship Valve title for the Valve Index, the only real timeline we have right now is simply "later this year." As additional details on the game roll out, we'll be sure to keep you posted and up on all the latest developments. We're prepared for it to be something that's potentially very cool, and as such we'll be bringing you all the latest news as it happens.