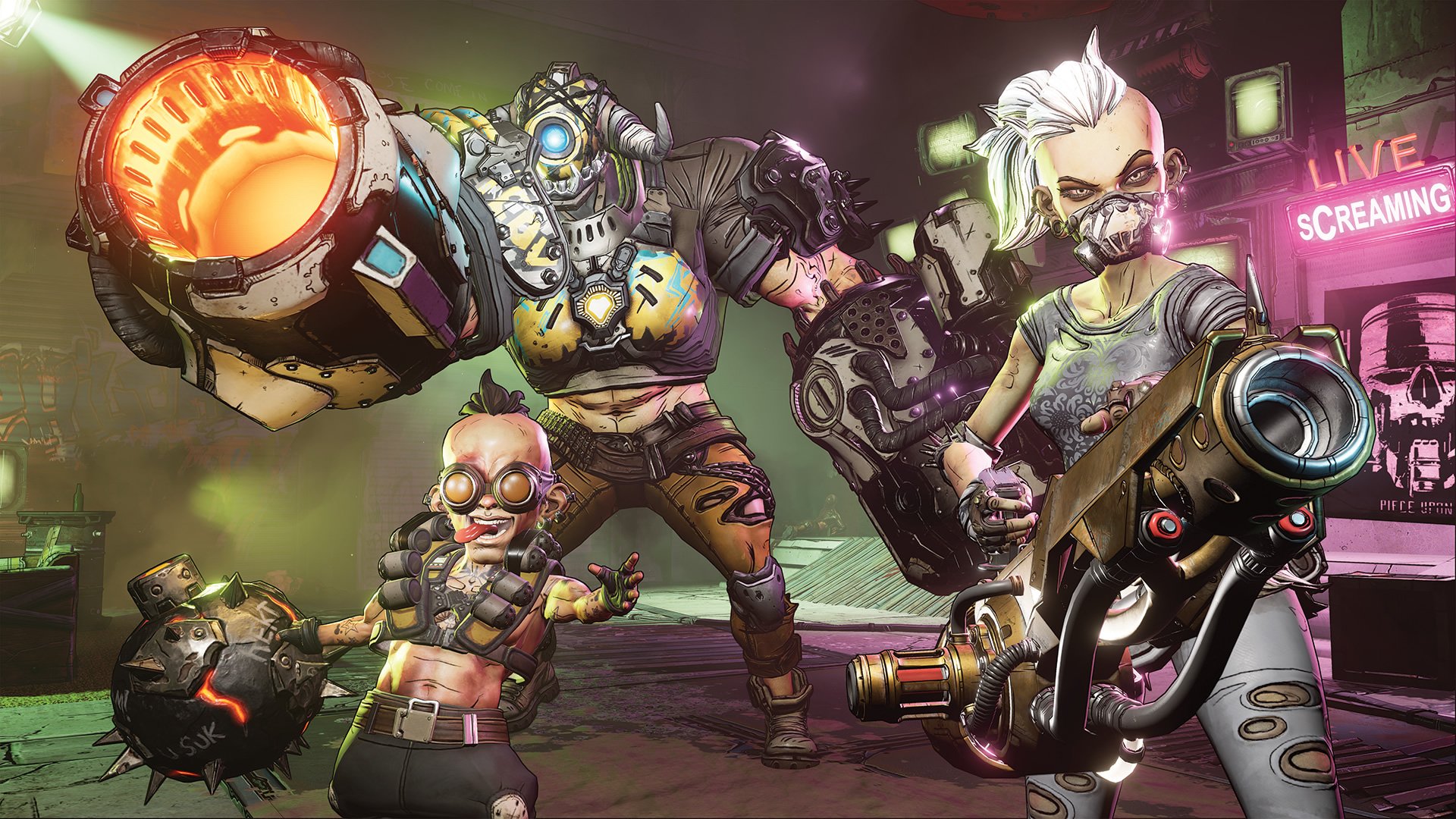 The Borderlands 3 gameplay reveal stream is upon us and you can watch it right here on Shacknews. After what felt like an age of begging for any snippet of information or confirmation, Gearbox Software finally answered our prayers and revealed Borderlands 3 in all its glory. And now, a few weeks later, we’re getting the first gameplay reveal on May 1.

Gearbox Software will be streaming the Borderlands 3 gameplay via the Borderlands Twitch channel at 10AM PT / 1PM ET on May 1. Although some gameplay has already been leaked ahead of the official reveal, it’s only really enough to whet the appetite. Beyond the main stream where the gameplay is shown for the first time, there are also dozens, if not hundreds, of streamers jetting out to get their hands on the game. There's going to be a lot of Borderlands 3 goodness to go around.

While we’d all be happy just to see some tasty destructive Borderlands 3 gameplay, you can also earn some loot thanks to the Borderlands 3 ECHOcast Twitch extension. By linking your SHiFT and Twitch accounts, you can participate in the Rare Chest Event.

The Rare Chest Event will be available on any stream during the reveal event. Whenever a streamer you’re watching finds a rare chest and then opens it, you will have 30 seconds to opt-in to the event. At this point, winners will be randomly selected and if you win, you will have another 30 seconds to pick which piece of loot from the chest you want.

Once the item is selected, it will be delivered to your SHiFT account (provided it’s linked to Twitch) and then it will be available for pick-up in Borderlands 3 once the full game releases. The item will automatically scale to your level when you collect it from the in-game mailbox.

There’s a lot to be excited about in this Borderlands 3 reveal stream. While it’s a chance for us to see never before seen gameplay, it’s also an opportunity to start earning some sweet loot now – and we’re all about that loot here at Shacknews. For the latest Borderlands 3 news, guides, and more, you’re already in the right place.