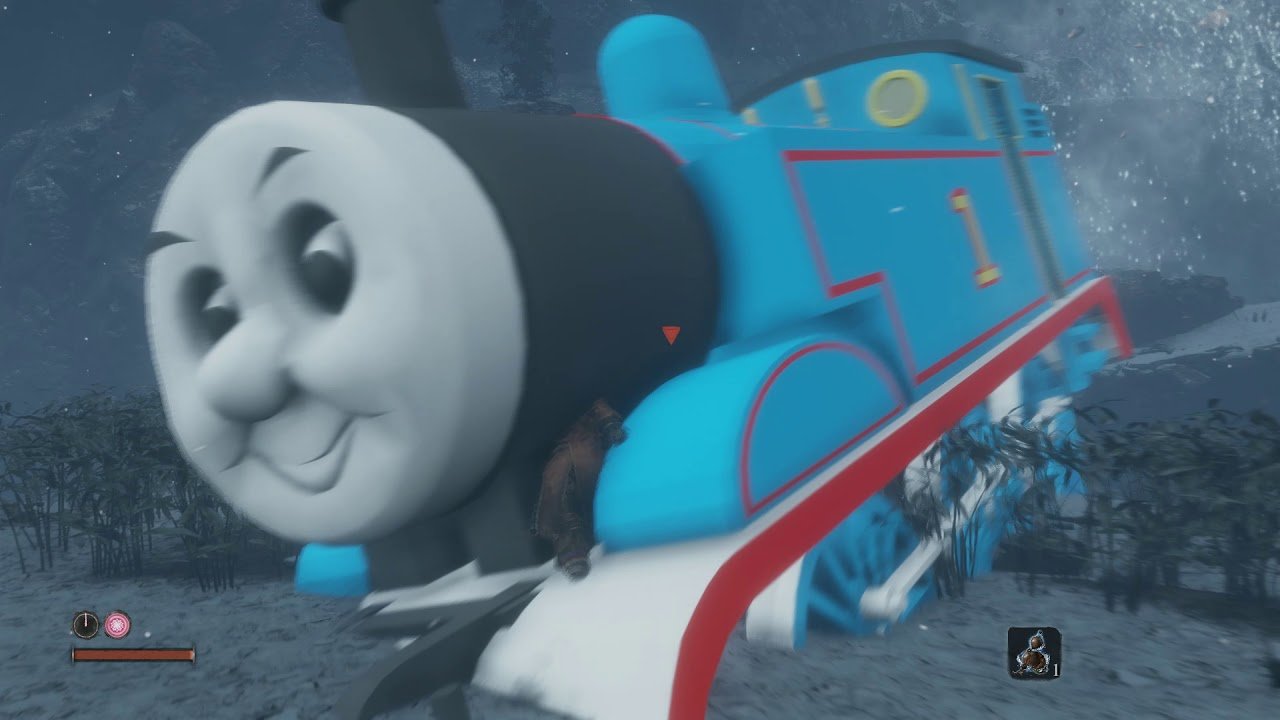 Thomas the Tank Engine is absolutely terrifying in Sekiro

Big Sekiro: Shadows Die Twice fan? How about Thomas the Tank Engine? Unless you're YouTuber AckleyAttack4427, you probably haven't heard of that name in quite some time – barring all the memes, of course.

A new Sekiro mod finds Thomas cast in a villainous role as the Great Serpent, stalking his prey in one of the most menacing ways you ever thought Thomas could move in. Instead of the enormous snake players happen upon in-game, Thomas is there, complete with the eerie train whistle fans have come to associate with the childrens' television character.

It really has to be seen to be believed as it calls back to some of those ridiculous Skyrim mods we saw cropping up left and right back when the game debuted on PC. You remember the like – Macho Man Randy Savage replacing dragons, everything was pizza. It was a crazy time, but these mods never fail to make us chuckle.

It's still pretty terrifying if you think about it, just in a very different way.

If this looks like something you'd like to see in your own game (only on PC of course), you can grab the Thomas the Snake Engine mod via NexusMods. It's pretty simple to install, and you can have the creepy little train chugga-chugging his way into your game in no time.

In the meantime, check out what our own Sam Chandler thought of Sekiro in his 9 out of 10 review:

"Sekiro: Shadows Die Twice stands tall among some of From Software’s most renowned titles. The challenge is clear and present, the story and mystery are equally intriguing, and the beautiful vistas and soundtrack work in perfect harmony. It might be entirely different to what came before it, but Sekiro: Shadows Die Twice is a near-perfect experience and a natural progression of the Soulsborne series."

The only thing that could make it better? Thomas the Tank Engine, of course.