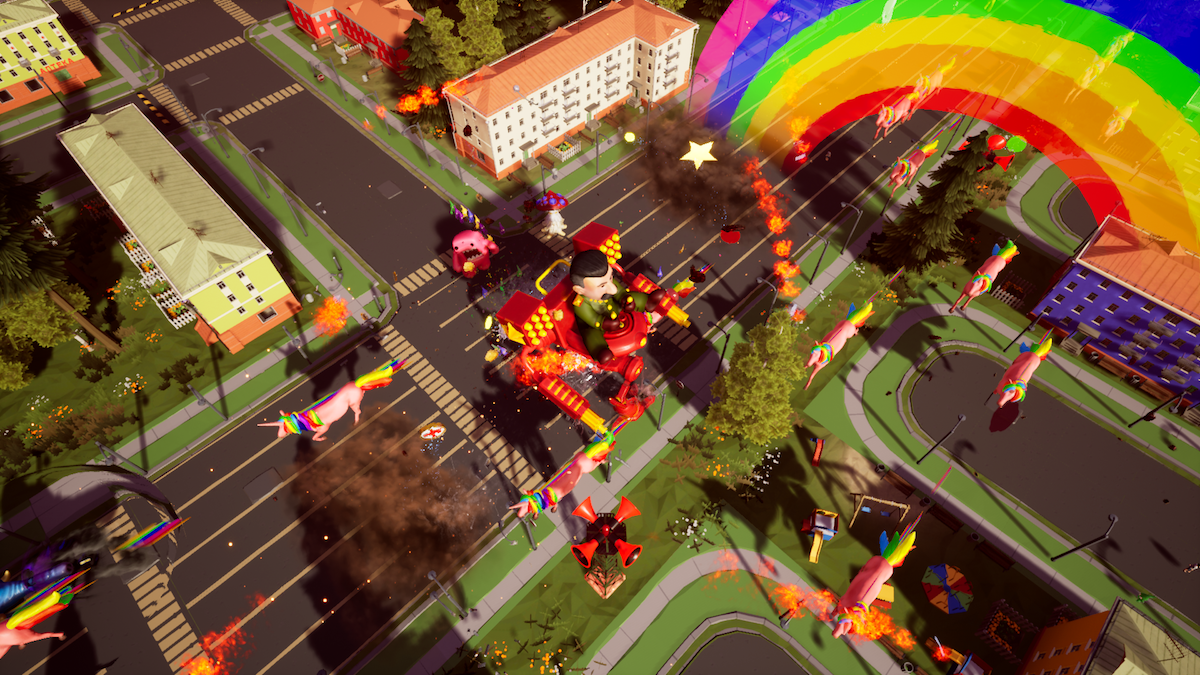 The hybrid of isometric action and Stalinism promises "unlimited possibilities for the intricacy of sophisticated ambivalence of synesthesia, or whatever." But most importantly, as the game's promotional text says, it features "lots of explosions" and you can use a rocket launcher to take out your enemies. Now they're talking our language.

The narrative-based game features both cinematic elements and action threads, included but not limited to the following planned features:

These are lofty claims, but you can see how they stack up in the announcement video below.

Kremlincorp. is currently thinking about providing an early one-mission demo for those in the press to showcase the direction it's moving in. If you're interested in seeing this, the company is asking that you contact them via their contact email and let them know if that's something you'd like to see come to fruition.

Otherwise, Stalin vs. Martians 4 is aiming for a 2020 release, though that isn't set in stone just yet. We'll keep you in the loop when it comes to this crazy mashiup of genres and topics.

Destruction AllStars will get a PS5 Digital Deluxe Edition