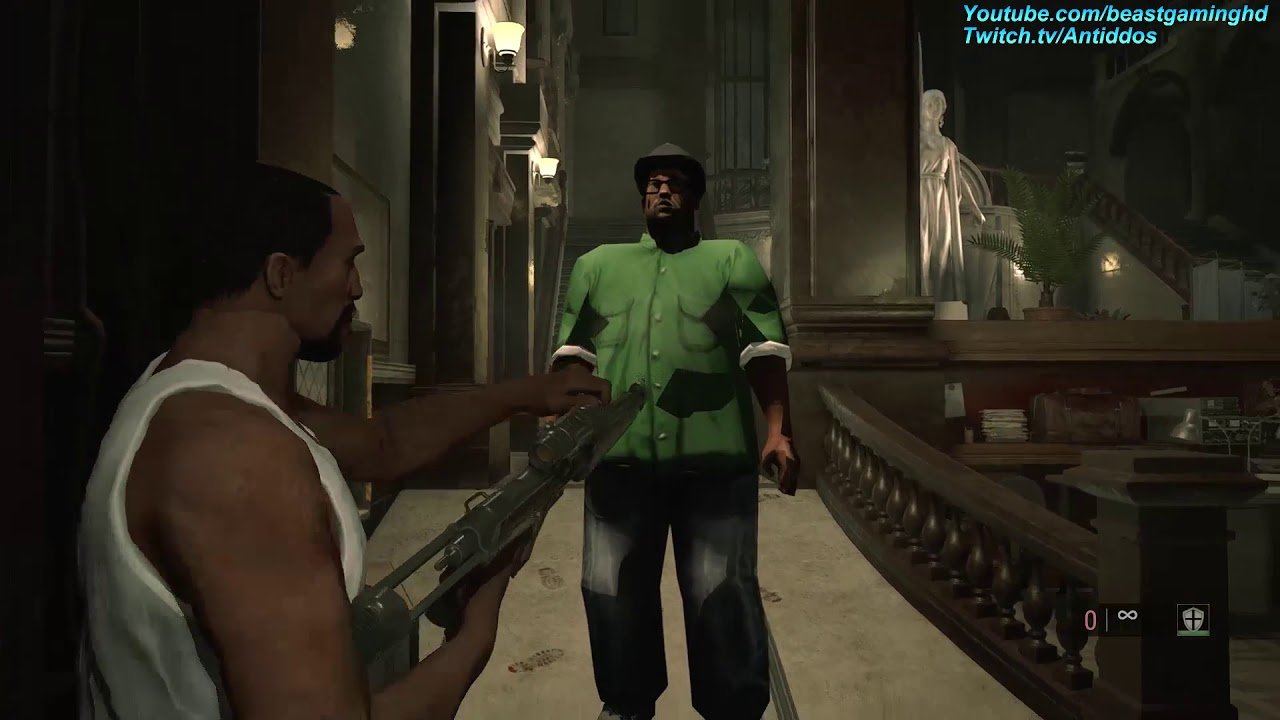 Ever been sitting around minding your own business and playing through Resident Evil 2's excellent remake when you were struck with a brilliant thought?

In the case of BeastGamingHD, that brilliant thought must have gone something like this: What if CJ from Grand Theft Auto: San Andreas showed up in Resident Evil 2? And Big Smoke, too? And then he brought it to fruition, because that's what a real gangsta does.

BeastGamingHD took inspiration from the hilarious "here we go again" meme popularized on social media and added the two characters to the game, with Big Smoke taking over the role fo Mr. X to hilarious effect. The mod cleverly includes both audio and character models from the original game which makes it seem even funnier than it would have been otherwise since it sounds like another scene from San Andreas.

Resident Evil 2 has been positively ripe for mods ever since it debuted on PC, and there's one out there for just about any particular taste, whether you just want to see the characters in skimpy outfit or if you want to see Thanos or Thor in the game, which BeastGamingHD also made happen.

If playing Resident Evil 2 has you hankering for San Andreas for some reason, consider this mod the next time you fire up RE2 and get some zombie slayage in. It honestly looks too hilarious not to try.