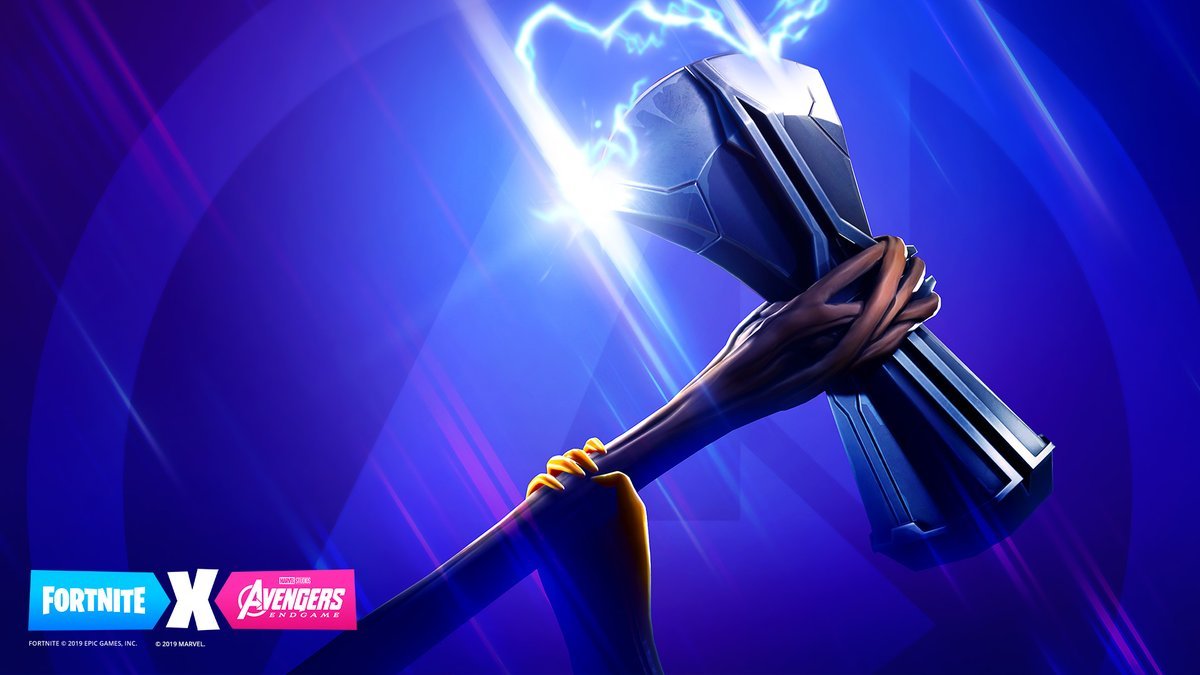 Comic fans and Fortnite players alike are totally hyped for Avengers: Endgame, and Epic Games is stoking the fire by teasing the arrival of Thor's Stormbreaker ax in Fortnite.

As teased through the official Fortnite Twitter account, Thor's Stormbreaker ax — not the mythical hammer Mjolnir from previous films — will be arriving as part of the Fortnite X Avengers crossover event later this week.

Of course, not very much is actually known about this event, as Epic Games is clearly keen on staying tight-lipped for the time being. With that said, many players are anticipating the event will be much like the Infinity Gauntlet LTM from previous seasons, except in this case players will be able to wield Marvel comics weapons and items such as Captain America's shield, which was also teased previously.

As might be guessed from the name, the previous Infinity Gauntlet LTM shook up the Fortnite formula by allowing one player to track down the namesake gauntlet. Offering up a Fortnite equivalent of the power of Thanos, the Infinity Gauntlet made for an interesting asymmetrical gameplay experience that was adored by some and loathed by others. It's likely (but still unconfirmed, mind) that these new Marvel Comics items will be used toward a similar style of play.

Even with the arrival of Thor's Stormbreaker weapon, we're still not totally clear what the latest Fornite X Avengers crossover event will entail. Players will simply have to wait until this Thursday, April 25, to learn the full details. Until then, be sure to stop by Shacknews' Fortnite home page for all the latest news and guides coverage.