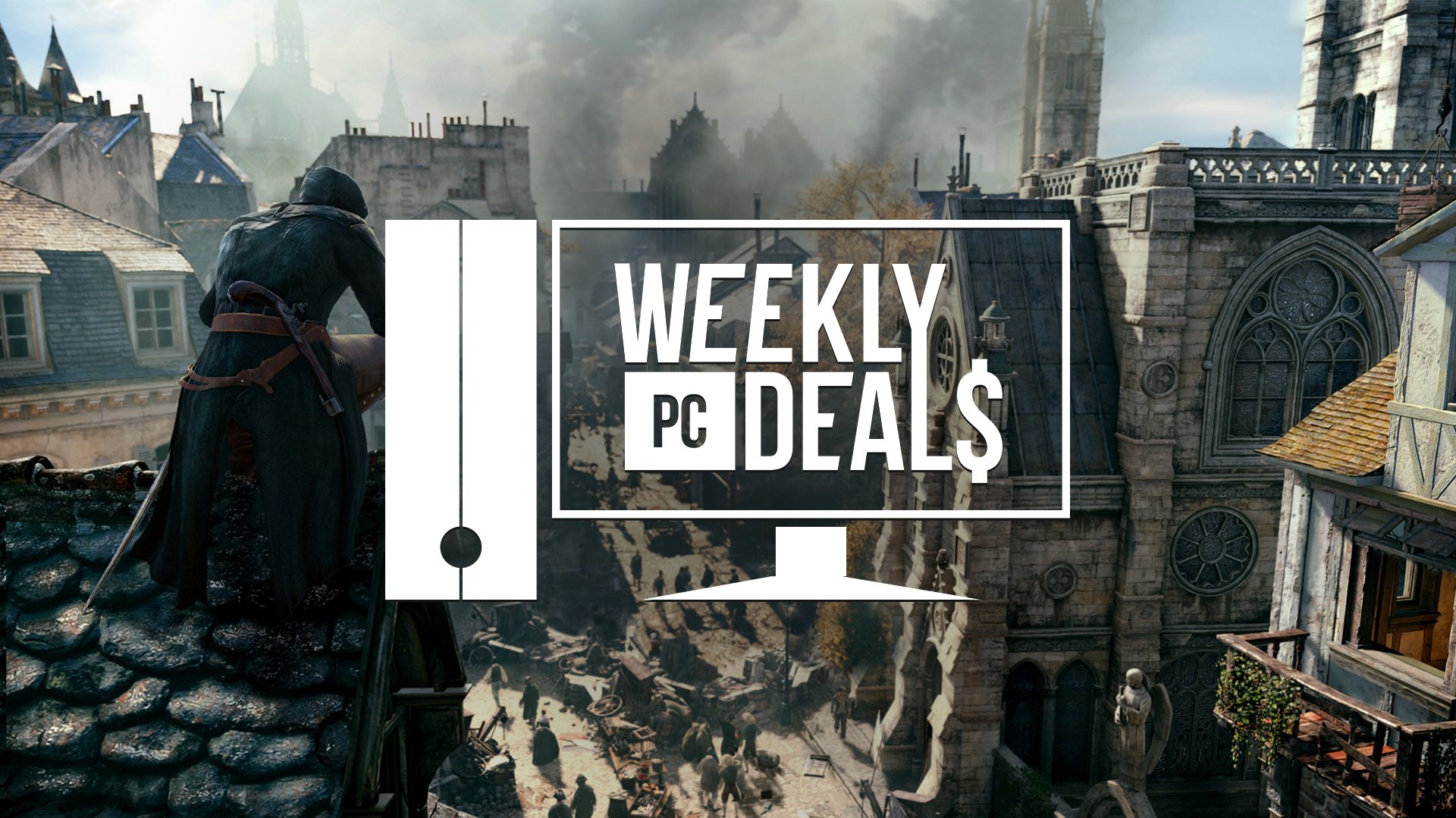 The Easter holiday means that many are getting out for spring break. That means it's a good time for big-time spring sales and a handful of PC gaming retailers are getting into the action, trying to beat Steam to its usual spring sale where they take everyone's lunch money. Those looking for solid discounts on dozens of games can turn to Green Man Gaming, GamersGate, and Fanatical, where they have top games with steep price drops right now.

But the biggest news of the week involved the devastating fire that took down the historical Notre Dame cathedral in Paris. As donors rally to help save the religious landmark, Ubisoft is doing its part by not only ponying up some of its own money, but also by offering Assassin's Creed Unity absolutely free of charge. Give it a look today. I swear it's not as bad as some people made it out to be!

Also, Overwatch has kicked off its big Overwatch Archives: Storm Rising event. On top of getting a special co-op brawl, the game has dozens of new skins and is also on the verge of getting a brand new escort map. That means now is a good time to jump into the game and, fortunately, Blizzard has the game on sale right now. There's also a free trial going down right now, so try it out if you need some convincing first.

Fanatical and Samsung are teaming up for a AAA bundle deal like never before. Choose from a handful of acclaimed blockbusters, including Hitman 2, The Elder Scrolls V: Skyrim Special Edition, SoulCalibur VI, Prey, Wolfenstein II: The New Colossus, and more! These games are already discounted by 50% of more, but if you buy more than one game, you'll get additional savings! Save more with the Quantum Collection, powered by Samsung!

There's a similar bundle that Fanatical is offering for Easter! Select out of a handful of acclaimed releases, like Overcooked 2, PC Building Simulator, Batman: Arkham VR, Geometry Wars 3, SuperHot, and more! These games are already heavily discounted, but if you purchase more than one, you will get additional savings! Save more with Fanatical's Easter Egg-stravaganza!

Use the coupon code BLOSSOM to save an additional 10% off of your purchase. Restrictions apply.

Use the coupon code EDEN12 to save an additional 12% off of Ubisoft sale titles. Restrictions apply.

Or pay $1 for ENSLAVED: Odyssey to the West, Pac-Man Championship Edition DX, and Impact Winter. Pay more than the average $11.66 to get Little Nightmares, 11-11 Memories Retold, Get Even, and Project CARS. Pay $15 or more to also receive GOD EATER 2 Rage Burst and SWORD ART ONLINE: Fatal Bullet. Pay $25 or more to also receive Tekken 7. These activate on Steam.

Or pay $1 for Goetia, Octahedron, and Deadbeat Heroes. Pay more than the average $7.81 to get The Turing Test, Forgotton Anne Collector's Edition, and Black The Fall. Pay $12 or more to also receive Tokyo Dark and Children of Zodiarcs. These activate on Steam.