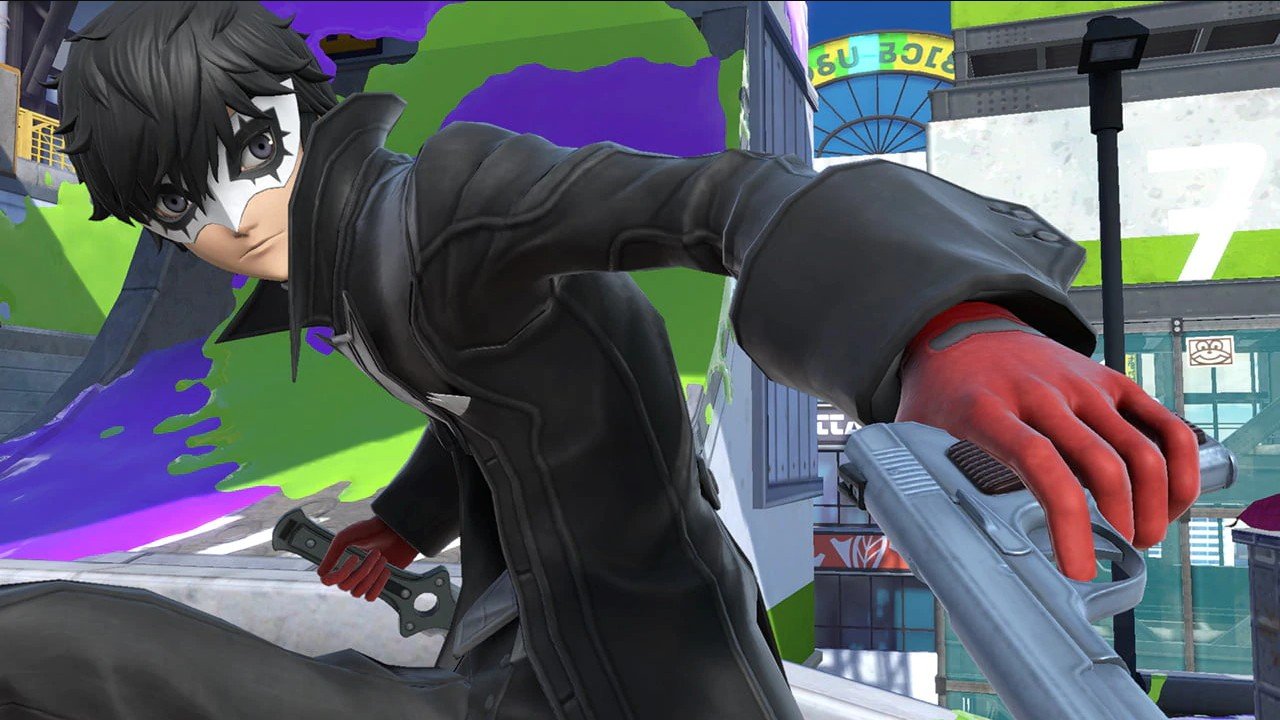 The Super Smash Bros. series has seen Nintendo's most recognizable names do battle for the past two decades. The culmination of this concept came in December with the release of Super Smash Bros. Ultimate on the Nintendo Switch. Everyone is back, from Nintendo's top mascots to a handful of big-name third-party characters. That includes some characters who are joining the fight for the first time.

The game has been out in the wild for several months, but with so many characters to choose from, Shacknews remains committed to taking a look at each and every one of the Super Smash Bros. Ultimate characters individually.

Our breakdowns continue with... well... you know where we had to go next.

The main protagonist for Persona 5 has no name, yet he has many names. To his colleagues in the Phantom Thieves of Hearts, he is known as Joker. The Phantom Thieves' mission is to steal the hearts of evil adults, leading to a reformed society. Essentially, they're rebels who rage against the system.

A juvenile delinquent by day and a thief by night, the protagonist undergoes a personality change when in his Joker persona. He's daring and confident, even in the face of danger. Having faced down dozens of armed police officers during his many heists, taking on a few fighters in the world of Smash Bros. should be a piece of cake.

Joker is a light character, but just as in Persona 5, he brings a lot of agility to the table. He also brings a new mechanic called Rebellion Gauge. This does not work the same way as Cloud's Limit, at least not exactly. Joker can fill his Rebellion Gauge with the aid of his Down Special, as well as by taking damage. The meter will also fill up gradually if Joker is playing from behind, meaning he's a comeback character by design.

But wait, there's more! If Joker's Rebellion Gauge fills up all the way, he automatically deploys Arsene, his Persona. On top of giving his moves an extra punch, Arsene also enhances Joker's specials. They then become:

Don't overestimate Joker's agility. He may be able to move fast, but he doesn't quite have the same recovery options as other fighters. Grappling Hook will only reach so far, so it's easy to self-destruct if you're playing carelessly.

As far as working on the ground, Joker's got some strong combo potential and some nice shenanigan moves. Joker's down tilt is a baseball slide lifted right out of Persona 5, able to launch his opponent upwards for some follow-up aerials. His up air is another reliable move, one that hits multiple times, culminating with a finishing kick.

Joker on his own doesn't have much in the way of KO potential. That's what Arsene is for. Focus on getting Joker's Persona out and let him take care of the heavy lifting. Arsene enhances Joker's dash attack and smash moves to such a degree that they'll potentially KO early. Joker's forward smash with Arsene is particularly obscene, able to KO at about 75% and maybe even earlier.

It really didn't take long for the Ultimate esports scene to get started weighing in on Joker. Let's start with Melee god Juan "Hungrybox" DeBiedma, who was blown away by Joker's up-air, forward-smash, and his wavedashes, the latter of which will definitely appeal to the Melee community.

Another Melee god went much further in-depth on this character. Jason "Mew2King" Zimmerman went into full detail on Joker's individual moves and specials. That includes the dash attack, which hits multiple times. And as one would expect, he shows off Joker's power when using Arsene.

If you're looking to take full advantage of Joker's combo potential, James "VoiD" Makekau-Tyson is here to help. He'll show off Joker's full combo capabilities, which includes grab combos. He'll also note the resemblance that some of Joker's aerials may have with another air-based character: Sheik.

Last but not least, let's look at Gonzalo "ZeRo" Barrios, who patiently waited through server issues to get his hands on this character. Watch as he and top-level players Nairoby "Nario" Quezada and Hungrybox learn Joker together.