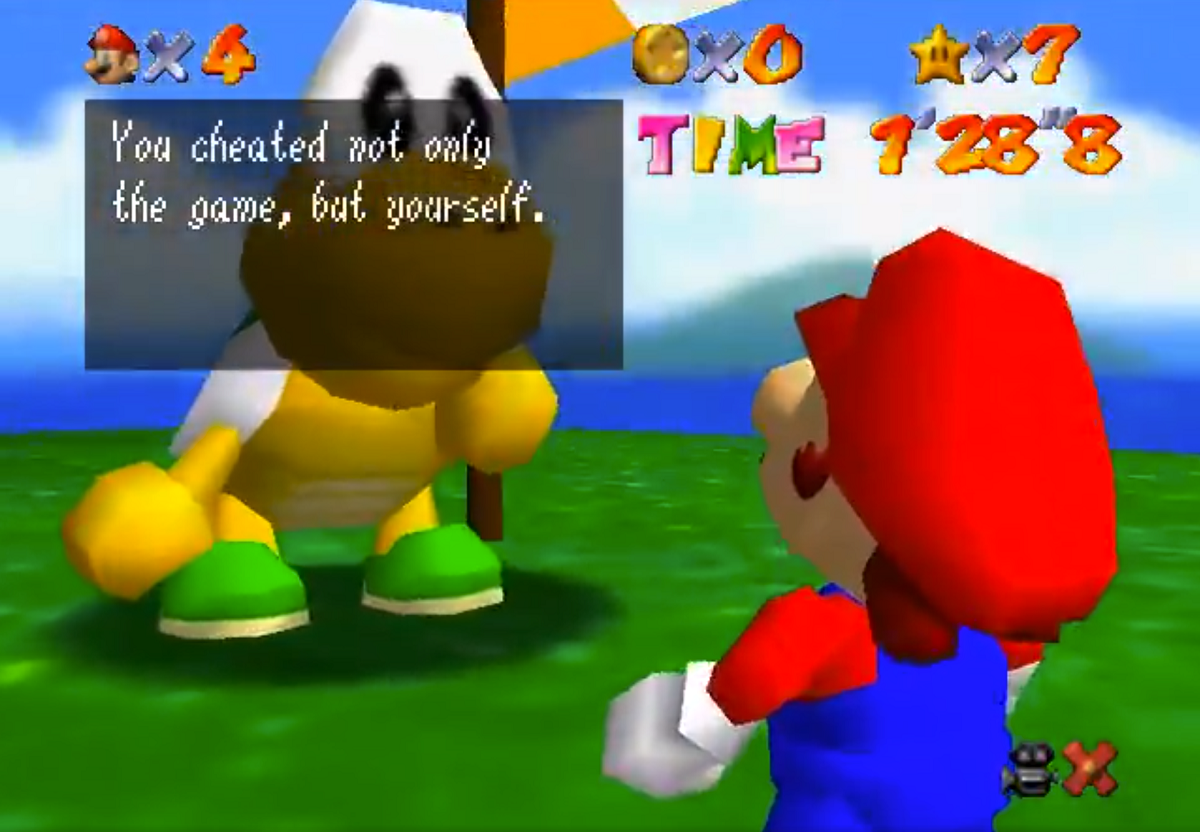 You cheated not only the game meme spreads across Internet

The video game industry is full of great memes, and there is one that has social media buzzing this week. It all started last week when Twitter user Fetusberry quote-tweeted an article by PC Gamer. It starts, "You cheated not only the game, but yourself." A deep message to players who feel accomplished beating a game with the use of cheats or exploits.

You cheated not only the game, but yourself.

You didn't grow.
You didn't improve.
You took a shortcut and gained nothing.

You experienced a hollow victory.
Nothing was risked and nothing was gained.

It's sad that you don't know the difference. https://t.co/upkhLSNQNO

As most memes do, this spun out of control pretty rapidly. Fetusberry's tweet has been retweeted and liked thousands of times and has inspired a crazy amount of hilarious memes over the past few days. Fans have cranked out some great social media posts from games like Super Mario 64, Animal Crossing, The Legend of Zelda: Link's Awakening, and even Sonic the Hedgehog got into the mix.

Now this meme definitely was spawned from Internet rage surrounding PC Gamer's article, but that doesn't mean we can't find these tweets enjoyable. It is important to realize the context from which this meme was born. Lirik had no problem dunking on PC Gamer, and tons of hate followed.

Things escalate very quickly in Twitter threads, and it is not that surprising to see things turn south so quickly for James Davenport and PC Gamer. The claim that he cheated to beat Sekiro: Shadows Die Twice's final boss certainly rubbed a lot of the gaming community the wrong way, and the Internet did what it does.

The creator of this meme has explained that his original tweet was born out of sincerity and melodrama, but the result has been some funny Internet memes and a popular gaming news publication with egg on their face. We realize Sekiro: Shadows Die Twice is extremely difficult, which is why you can find a ton of boss fight guides and much more on our site. Did we miss any funny memes? Let us know in the comments section.