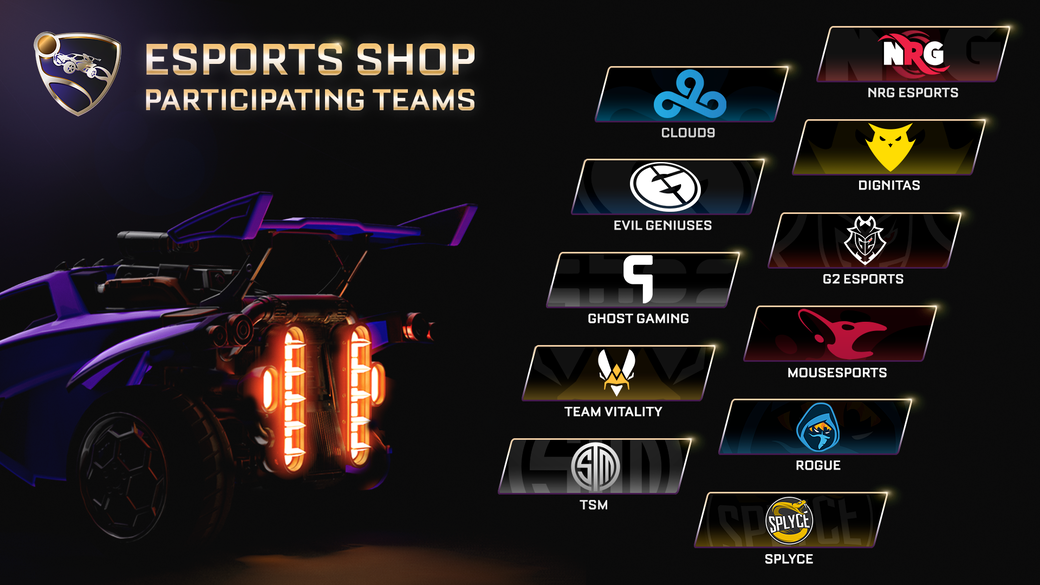 Last week, developer Psyonix hinted at the upcoming release of Rocket League's next big update. The Esports Shop Update is set to introduce some new features to the motorized soccer game. On Wednesday, Psyonix went more in-depth on one of the update's central features: the actual Esports Shop itself.

The Esports Shop will show up in the main menu within the main Shop. This sub-menu will feature six in-game items, which will rotate on a daily basis. These items include various cosmetic parts, each representing a variety of some of the top Rocket League Championship Series teams. These teams include:

For the Esports Shop's first few days, each team will have two decals, one Player Banner, and different sets of Wheels available for purchase. These items must be purchased with the new Esports Tokens currency, with 100 Tokens availble for $0.99 and additional token bundles available. Due to the nature of the unique currency, items purchased from the Esports Shop cannot be traded.

As for the Esports Shop Update, that is slated to release on April 16, just one day before Rocket Pass 3. More information about the Esports Shop can be found on the aforementioned Rocket League Esports website.