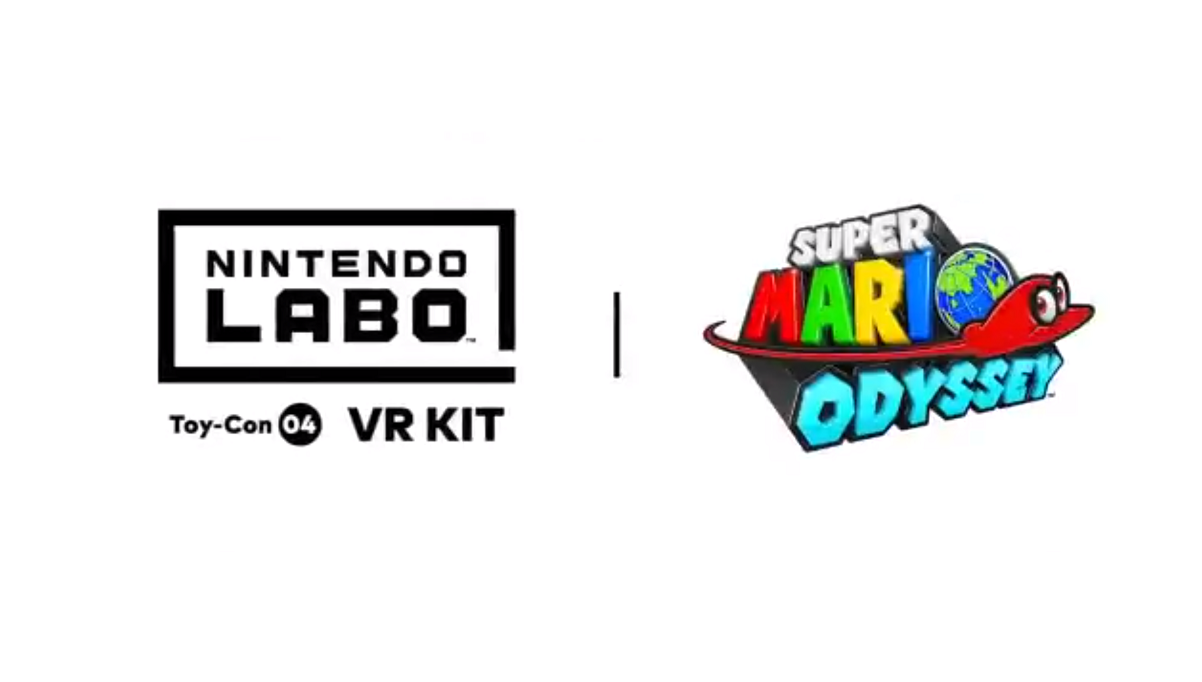 Nintendo Labo Toy-Con 04 VR Kit is shaping up to be an epic release of the Big N's revolutionary cardboard product. The company has announced that two very special virtual reality experiences will be coming to the product later in April. Super Mario Odyssey and The Legend of Zelda: Breath of the Wild will feature made for VR experiences. What a time to be alive. Please take a look at the announcement trailer.

I have admittedly been skeptical of a VR experience powered by Nintendo Switch, but the more news that comes out about Labo VR, the more excited I get. Nintendo detailed a number of games that will ship when Nintendo Labo Toy-Con 04 VR Kit releases on April 12, but it already seems like the company is focused on supporting this second foray into VR with some of their best intellectual properties. Super Mario Odyssey and The Legend of Zelda: Breath of the Wild are hugely popular games, and it is going to be amazing to witness these beautiful Nintendo worlds in VR.

Nintendo also invites players to experience Breath of the Wild like never before in VR. Pre-rendered cutscenes will not be compatible with VR. Players can easily turn Toy-Con VR Googles support in game and they will not be required to create a new save file to jump into Hyrule in virtual reality. This could be the end of my life as we know it. I had a good run.