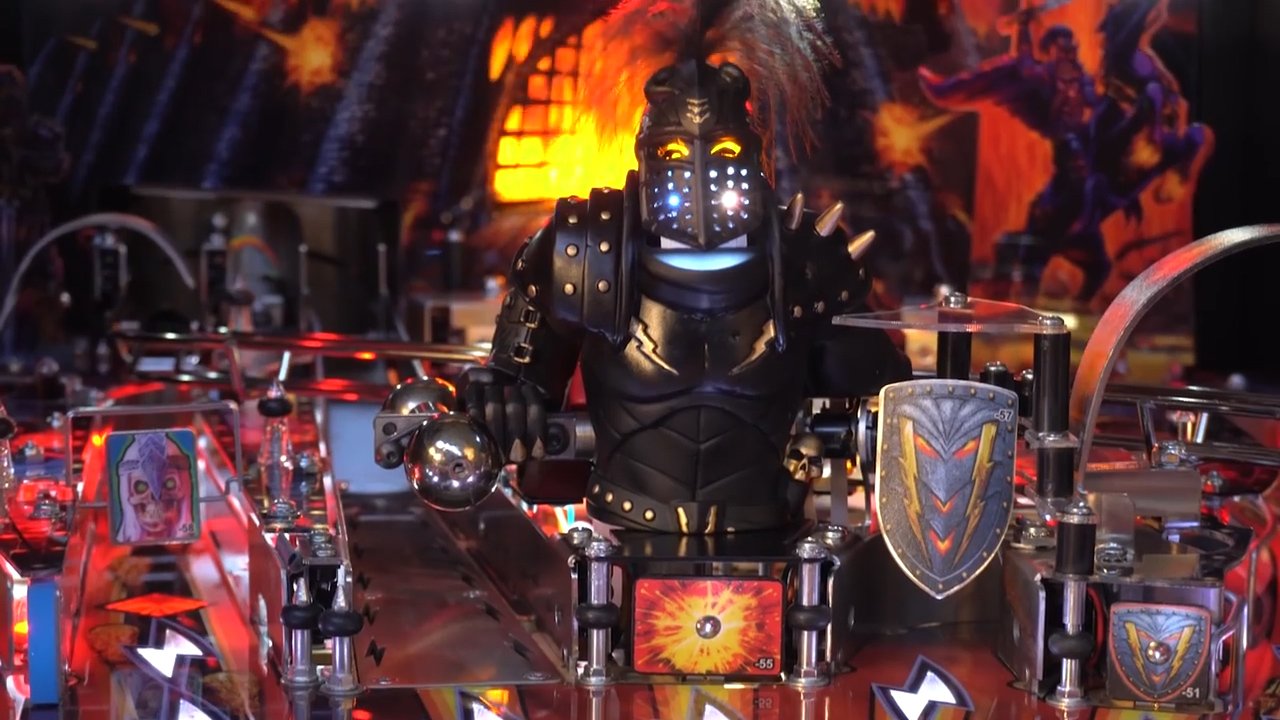 Stern Pinball has made quite a name for themselves by creating quality pinball machines. Sporting machines like The Beatles Pinball, their Guardians of the Galaxy machine, and even other iconic pinball machines centered around series like Batman, Star Trek and Star Wars. Now, Stern has announced their latest pinball machine, Black Knight: Sword of Rage.

Based around the iconic Black Knight character created by Steve “The King” Ritchie, Black Knight: Sword of Rage will finally allow players to fight back against the menacing character. What’s more, is the pinball machine will come in three different variations, a Pro, Premium, and Limited Edition. The catch here, though, is that the Limited Edition will only ship with 600 units available globally, which means you’ll really need to hurry if you want to be one of the lucky few to own that variation.

Every edition of the pinball machine will include the Magna-Save, a player-controlled magnet that will allow players to prevent the ball from draining, as well as drop targets that reset after a certain period of time. The machine will also launch with a legacy sound pack featuring effects and music from Scott Ian of Anthrax, as well as Brendon Small. The game will also include several custom speech lines by Ed Robertson, known for his role in the Barenaked Ladies.

Those looking to pick up the Premium or Limited Edition models will find a transparent upper playfield fitted with a 3-ball lock mechanic, which will give players the option to achieve a 6-ball multiball. The Limited Edition itself, though, will also include some exclusive mirrored backglass, anti-reflextion pinball glass, a shaker motor, some exclusive custom art blades, a sequentially numbered plaque, exclusive battle art for the cabinet, and a custom autographed bottom arch. This makes the Limited Edition the must-have for collectors out there, but it Stern Pinball isn't offering it up for cheap.

The Pro version of the machine will retail for $5,999 while the Premium will set you back $7,599. Those looking to add the Limited Edition to their collections can expect to pay $8,999 for the custom pieces that come with it. Make sure you stay tuned ot Shacknews for more news and information like this.