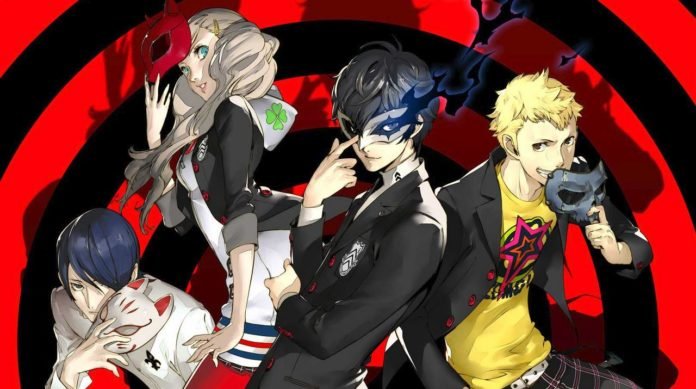 An official website for Persona 5 S is now online, teasing some cryptic secrets that Persona 5 fans won't want to miss.

The Persona 5 S website simple features a red calling card reading "1 More Information" and the date Thursday, April 25. The "1 more" is a reference to the attack chaining mechanic during battle, and it can also mean "1 more" tidbit of info about the upcoming Persona titles and spinoffs in the mix.

Gematsu notes that source code on the website features this hidden calling card:

We will show you a new Phantom Thieves that will turn the world’s cognition on its head.

We are energized by voices that seek satisfaction.

Once again, we will take your heart at the Ryougoku Kokugikan.

—From the Phantom Thieves."

That date just happens to be the second day of the Persona Super Live P-Sound Street 2019: Welcome to No. Q Theater event in Japan at the Ryougoku Kokugikan in Tokyo, so the announcement is likely set to happen during the concert or following it.

Atlus initially teased Persona 5 S in December 2018, and then officially announced Persona 5: The Royal for PlayStation 4 in March with a short 30-clip commercial. There's more coming about that as well, the day before we're scheduled to know more about Persona 5 S, April 24. That's the first day of the concert.

It's unclear what exactly Persona 5 S is at this point, with Persona 5: The Royal looking like it could be some sort of expanded version of the main game, with a new female character who could end up being a female version of Persona 5's original protagonist Joker. Persona 5 S could be something totally different. What does "a new Phantom Thieves" mean, exactly? We're not sure, but Persona 5 fans have plenty to look forward to.

We can't forget that Joker is coming to Super Smash Bros. Ultimate as a downloadable character this month, so it's possible all these tidbits could converge around the same time, giving us plenty of Persona news to wallow in. Maybe the "S" in Persona 5 S means Switch? We'll have to wait and see.