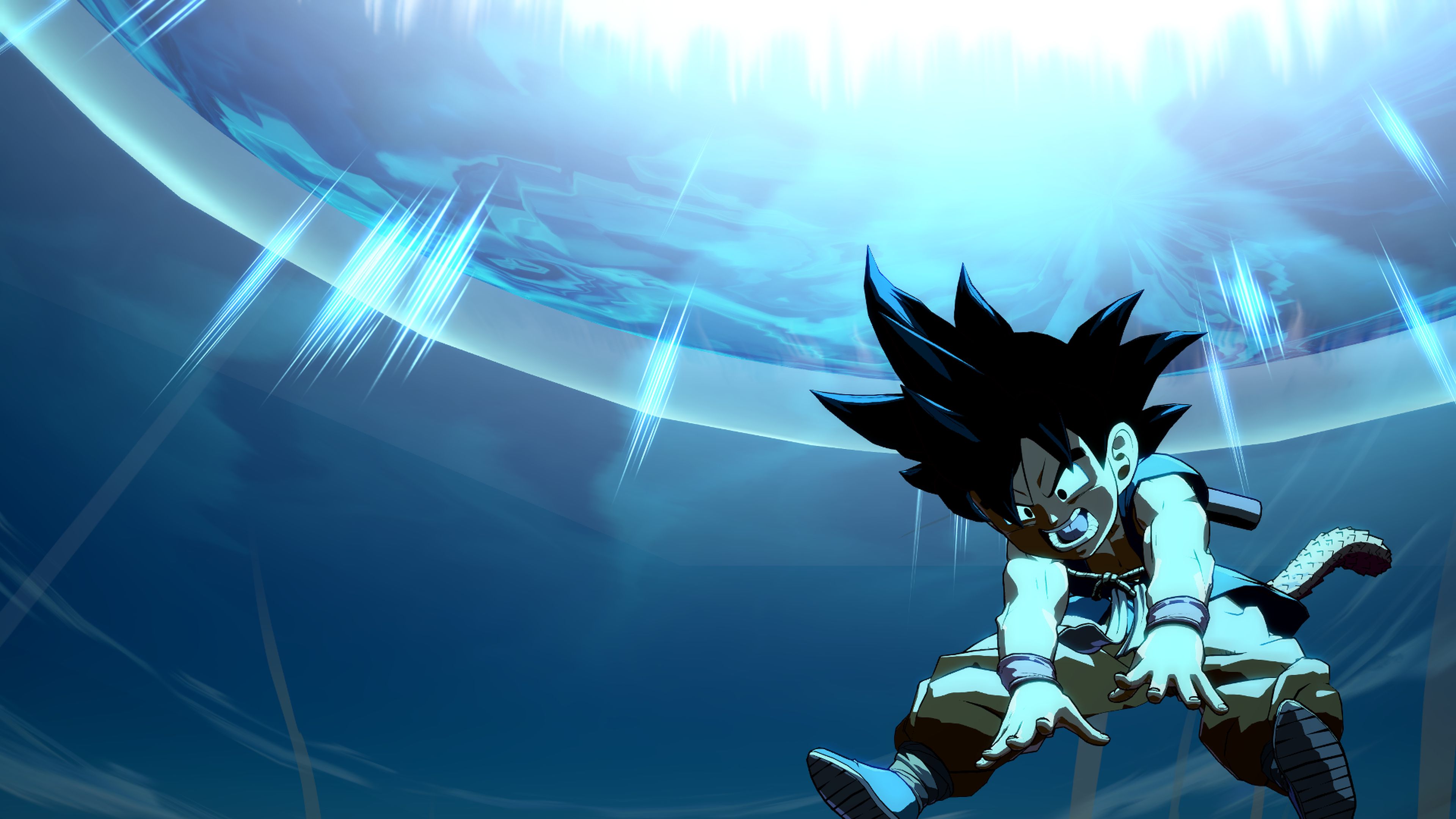 There are many Gokus in the the fighting game that celebrates the modern history of the illustrious manga franchise, so what's one more? The Goku from Dragon Ball GT, shrunken down to his look from the original Dragon Ball, is coming to Dragon Ball FighterZ.

If you can't recall the series of events that turned adult Goku into the young, scrappy character reminiscent of the young fighter that led the Dragon Ball series to stardom, here's a synopsis of the Dragon Ball GT events taken from the press release:

"After an errant wish by Emperor Pilaf, Goku has been transformed into a child during the Dragon Ball GT series. This younger Goku packs a big punch with special attacks like the Super Kamehameha attack, transforming him into Super Saiyan 3. Goku is also able to use his Super Spirit Bomb, Power Pole, and Reverse Kamehameha to flatten the competition."

Dragon Ball FighterZ launched on January 26, 2018, and is available on PC, Nintendo Switch, Xbox One, and PS4. DBGT Goku doesn't have a specific release date yet, but should be coming soon. Stay tuned to Shacknews for additional gaming and tech updates.