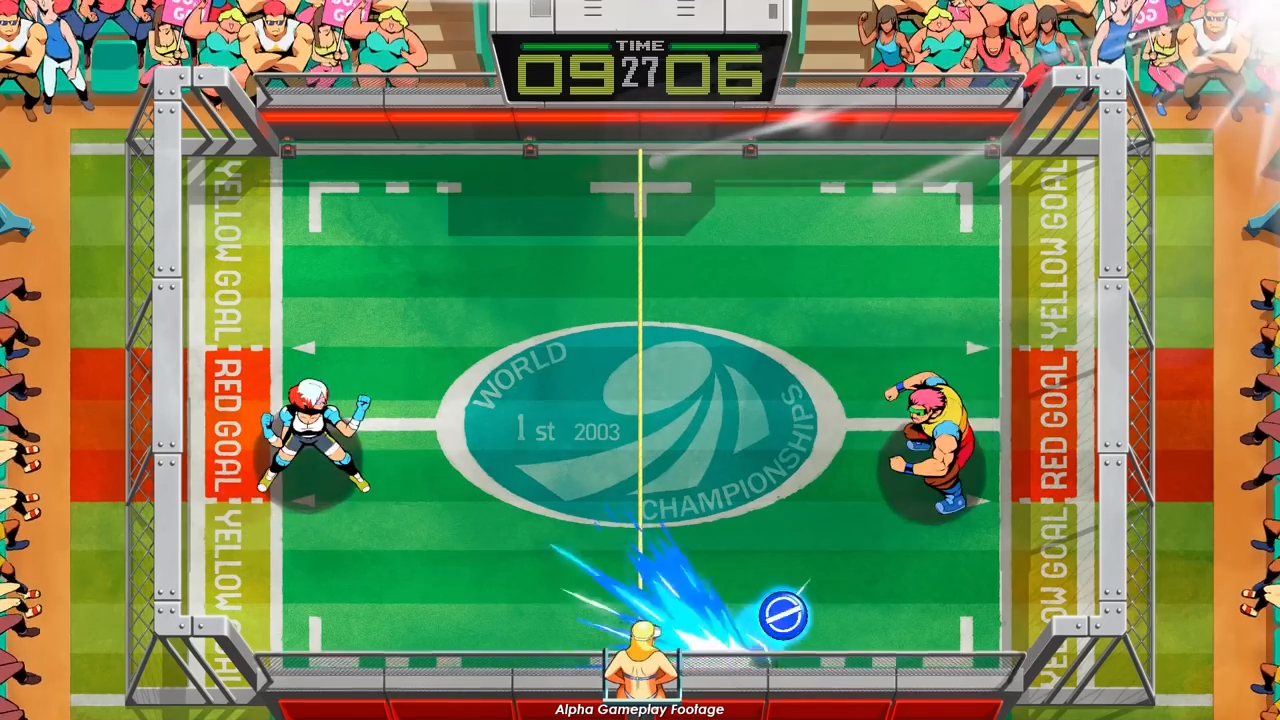 Windjammers 2 has a new trailer, and you're definitely gonna want to take a look at how radical it is, dude. Totally.

Why the usage of copious slang terms from the coolest decade around? Well, you'll see when you watch it. The trailer has a decidedly '80s vibe to it as it shows off the fast and frenetic action on the court. The players slam their discs back and forth, with some Super Saiyan-like transformations and powered-up tosses that we could never pull off in real life. It sure would be fun to be able to, though.

Windjammers 2 is a sequel with a new character named Max as well as characters Mita, Wessel, and Grace. The new trailer gives them some screen time as well as a brief overview of the popular frisbee sport, as well as the smashes, jump shots, and snapshots people can pull off while out there on the court.

A Windjammers remake was released back in 2017, which brought the original Data East game on the Neo Geo from 1994 into the modern gaming sphere. With game mechanics similar to Pong or tennis, players throw a disc back and forth in an attempt to score by slinging the disc into their opponent's goal. The remake was a colorful tribute to '80s culture with hand-drawn characters and environments, and of course the radical music to go along with it.

Windjammers 2 will be coming to Nintendo Switch and PC, but there isn't a set release date for when you'll be able to try it yet. Grab some sweatbands, though, and hike those shorts up for the perfect '80s look for when you decide you want to hit the court. We'll be sure to let you know when the game's ready to go, so keep checking back at Shacknews for additional updates.