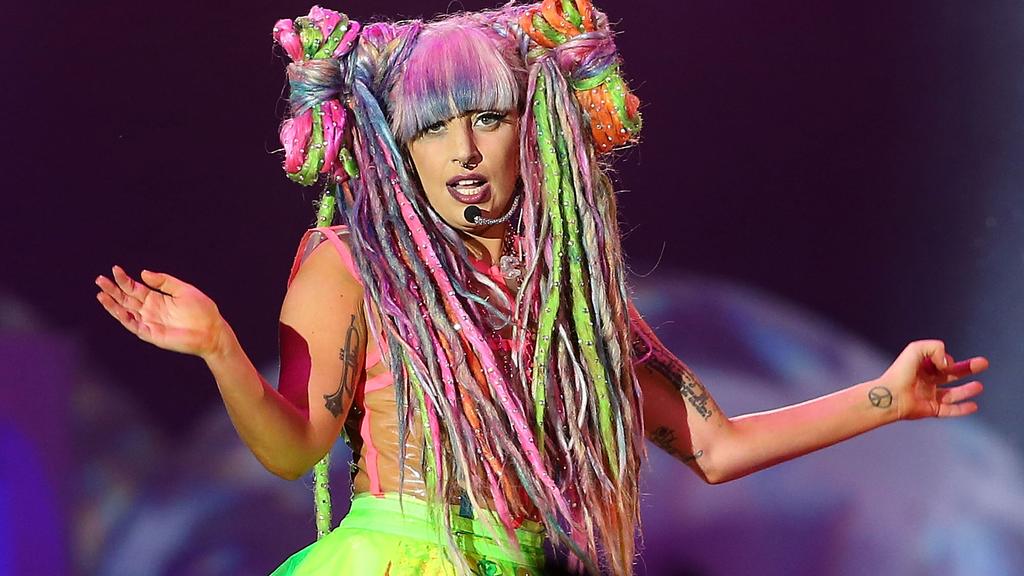 Lady Gaga says she's "pregnant" with #LG6 (her newest album), but it also looks like she could be carrying some pretty interesting secrets, too. The Academy Award-winning songstress could be appearing in Cyberpunk 2077, if a new rumor holds water.

According to the French website ActuGaming, Lady Gaga has been spotted around the CD Project Red studios, with sources stating she was potentially tapped for a motion capture performance for the hotly-anticipated game. The translation mentions some sort of performance, which could mean she's going to be featured in-game as a singer or perhaps an NPC.

In a translation provided by Redditor Awkward_Bowler, the article reads that "sources close to the studio" say she was spotted around the studio a few times. Aside from that, there's an odd tweet that the official Cyberpunk 2077 Twitter account replied to, with Gaga posting apparent nonsense and the studio replying "Of course! Of course we will!" as if she had asked a request of them. Very curious.

Of course! Of course we will! 😎

Lady Gaga would certainly make an excellent addition to any cyberpunk-centric story. Her Vegas residency show Enigma has the pop star speaking back and forth with an AI known as Enigma throughout the show, with futuristic aesthetics sprinkled throughout the concert. At one point, she even sings from a giant mech. Maybe she's been planting the seeds to let us know something like this could happen all along. If it does, you can count one extremely excited Gaga fan here among the Shacknews staff, especially since that fan also can't wait to get her hands on Cyberpunk 2077. It's me. I'm talking about me.

Unfortunately, this one article is all we really have to go on so far, so take that wtih a grain of sale, because this is how rumors spin out of control – one shaky source, and then the rest of us wonder what's going on for a few weeks while we make suppositions. Hopefully this one actually ends up coming true. We'll keep an eye on this story as it develops, and bring you additional information as it surfaces. We're thinking there won't be any sort of official announcement for some time (if any) but with E3 2019 around the corner, anything is possible.