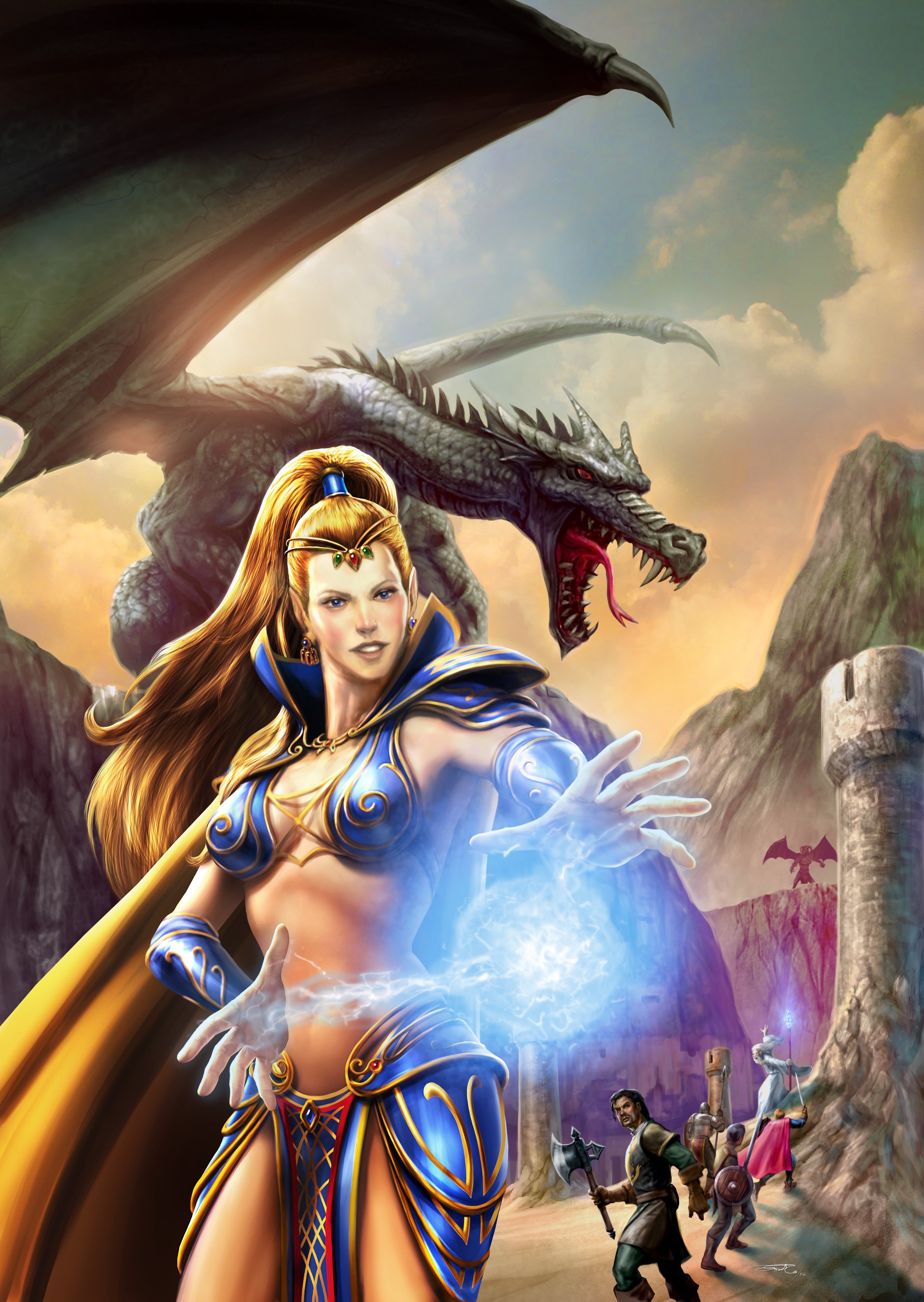 BEFORE ONLINE GAMING became ubiquitous, roleplaying games were solitary experiences.  Final Fantasy, Dragon Quest (Dragon Warrior in the States), Lufia, Secret of Mana, Ultima, and others had you control either a single character or a party of adventurers, but they were still single-player titles.

There was something comforting about those experiences. Playing the newest RPG was like curling up with a warm drink and a good book. Friends or family may catch bits and pieces, but ultimately, it was you, sitting cross-legged in front of your television or hunched in front of a computer monitor, being told a story in between turn-based battles with monsters. No one else could dictate the pace at which you digested the story or character arcs, or explored new environments, or play fashion police and tell you what gear to wear, which weapons to equip, and which spells to master.

It’s ironic, then, that most of those solo experiences were influenced by arguably the most communal game ever created. Dungeons & Dragons was predicated on cooperation. Some campaigns could get away with only recruiting a Dungeon Master and a single player, but crowding around tables with your friends, munching snacks and guzzling drinks while losing yourself in a story in which you were one of several protagonists—that was the real fun.

As computers spread beyond university labs and military installations, D&D fans dreamed of letting machines carry the burden of generating dungeons and crunching dice roles. That would free the humans up to do what we’ve been wired to do since the beginning of the time.

Early online RPGs opened the door to that world, but only a crack. MUDs, or multi-user dungeons, ensnared dozens or hundreds of players by outputting descriptions onto a screen and letting players type commands to act on them. MUDs were engrossing, but limited. Only the most diehard of the diehards, the nerdiest of nerds, would be willing to spend hours online playing a game that one had to read like a book.

Meridian 59 eased the door open a little further. Released in 1996, it took the multiplayer-focused heart of MUDs and transplanted it into a 3D body, becoming the first of its kind. It, too, failed to penetrate the mainstream audience, selling roughly 14,359 units before drying up. (The game continued to enjoy financial success after publisher 3DO added microtransactions, a novelty for the time.)

Ultima Online, the evolution of creator Richard “Lord British” Garriott’s popular computer RPGs, was a bigger hit, but the game’s dog-eat-dog world where player-killers (or PK-ers) ruled the land turned off casual players looking for a virtual place to unwind or hang out with friends.

Then came EverQuest. Boasting 3D graphics and teeming with places to explore, monsters to fight, treasures to loot, and oodles of quests to do, Sony Online’s—now Daybreak Game Company—massively multiplayer RPG defied the odds by attracting hundreds of thousands of players who were able to look past its unforgiving difficulty, and even conquer it.

Trolls and dragons are much easier to kill if you confront them with a friend. Or two. Or dozens.

More than any game before it, EverQuest channeled the spirit of D&D to create a powerful, community-driven game. Dying and losing your corpse, the vessel that held all the loot you’d fought so long and hard to claim, was a situation that only the most stalwart could remedy alone. Gigantic, polygonal dragons were too fearsome for a solo adventurer to defeat.

To survive in the fantasy world of Norrath, you had to talk to other characters. Those characters were real people, and those people were more than players.

They were allies. Guildmates. Friends. And to some, family.

THE STORY OF EverQuest is the story of bonds formed in the heat of battle; out of desperation to retrieve a corpse; as part of guilds that grew close enough for their members to stand around virtual towns and chat, meet in-person, or even fall in love and get married.

Not just in Norrath. In the real world.

EverQuest launched in March 1999. In 2019, the game celebrated its 20th anniversary, a milestone few games enjoy. The history of EverQuest is made up of the stories of the players who have logged millions, even billions of hours on its servers, and no players have as many stories, or stories as epic, as the people who have contributed to it for two decades and counting.

Better Together: Stories of EverQuest collects some of those stories. Within these pages, developers recount the game’s earliest days, how its champions persevered over sports games to create it, how elements of its DNA came about. Although the emphasis is squarely on the build-up to the game’s launch in 1999, some chapters spanning oral histories and Q-and-A-style interviews share other anecdotes and the origin stories of other innovations.

While some chapters are structurally different than others, all are united by a single theme: How community elevated EverQuest and the then-nascent MMO game style above the experiences that came before it.

Better Together: Stories of EverQuest