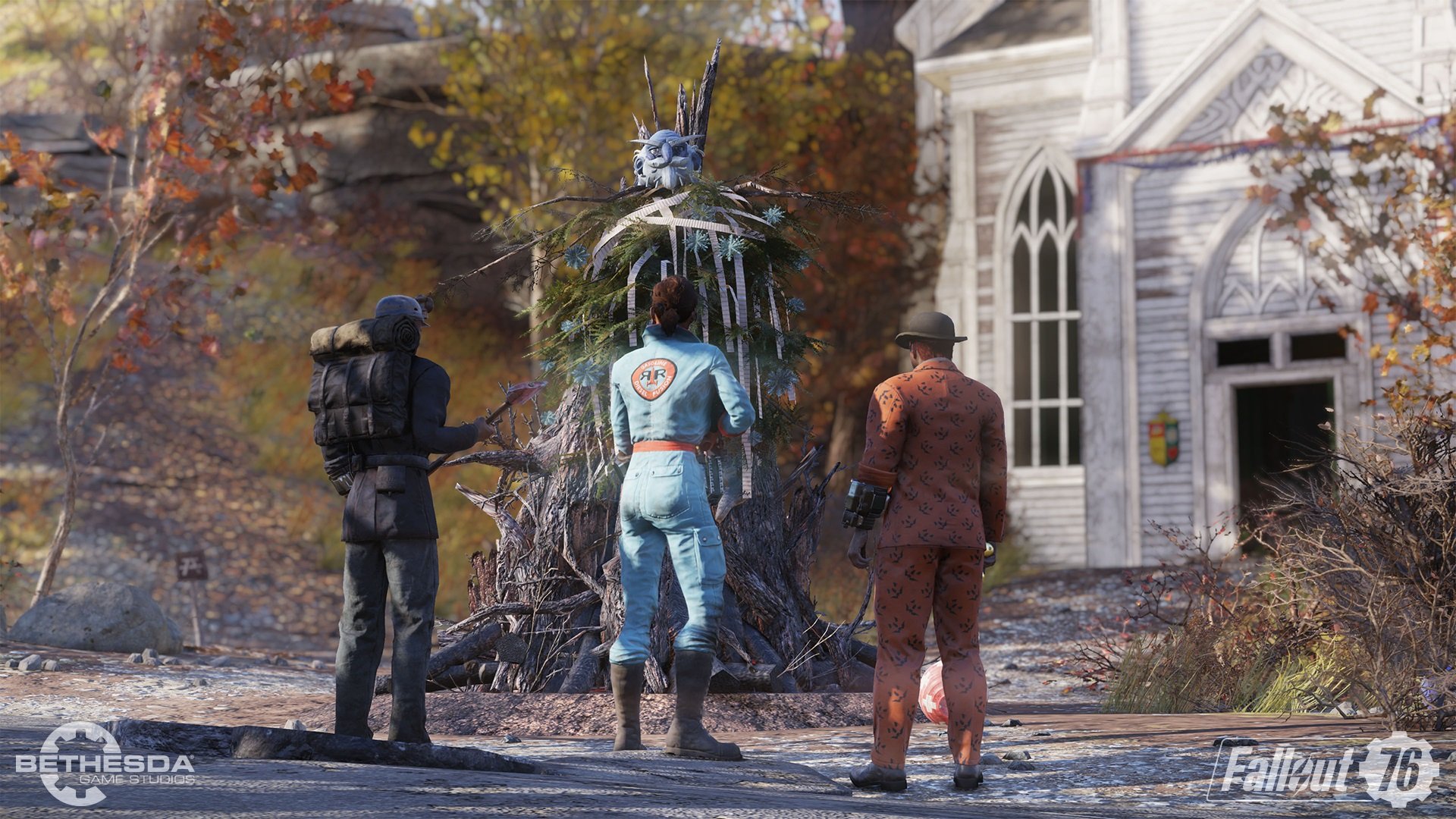 To say Fallout 76 has been behind the 8 ball since its release would be putting it mildly. Bethesda's always-online take on the Fallout world has been met with scathing reviews from both critics and players, but the publisher isn't about to give up on its game. In fact, Bethesda is ready to deliver the game's first major content update in the form of Wild Appalachia.

Wild Appalachia was first revealed alongside the extensive Fallout 76 roadmap for 2019. Players will find a new questline called Wasted on Nukashine that tasks them with uncovering the secrets of the Nukahine. VTU students will post Party Invitation Posters across Appalachia, which will be the big ticket to begin this quest. Completing Wasted on Nukashine will unlock the new Brewing and Distilling crafting system. This offers players the chance to craft beverages with the new Brewing Workbench and Fermenter, giving everyone a chance to drink in the game and not because of the game. Look for Brewing and Distilling daily quests to pop up, offering players a chance to learn new recipes from Biv.

Players will also find a new Seasonal Event called Fasnacht Parade, in which they'll lend a helping hand to Helvetia's crew of robots. Prep for the Fasnacht parade and claim some loot and masks along the way. This event will last from March 19-26, with players able to repeat the quest more than once. A few of these Fasnacht masks are rare, so maybe give this quest a look.

A new player reporting feature and a handful of balance tweaks are also at the forefront of Wednesday's update, with energy and heavy weapons among the specific items being addressed. Look for the patch to come in at about 13.7 GB for PC and 20 GB for consoles.

The patch notes are up and running and, as one would expect, it's a fairly lengthy list. Here's a look at the specific Balance Changes coming with today's update:

Check out the rest of the patch notes on the Fallout website.