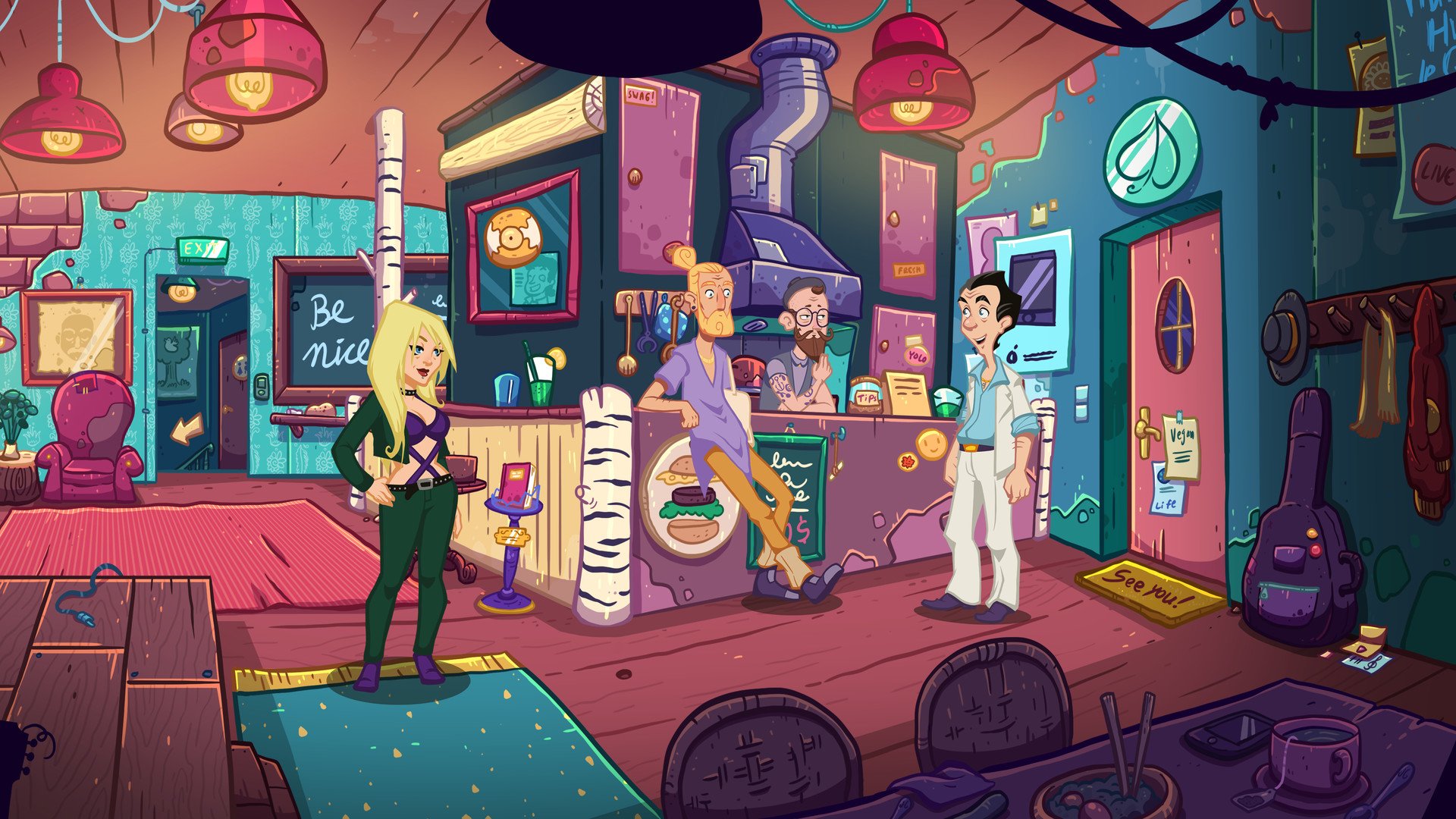 Leisure Suit Larry is coming – back, we mean, to Nintendo Switch and PlayStation 4.

Good ol' Larry Laffer is making the jump from PC from his latest adventure game Leisure Suit Larry: Wet Dreams Don't Dry to consoles this summer, publisher Assemble Entertainment and developer Crazybunch Studios have announced. Some countries (not including the US, unfortunately) are even getting physical versions.

The colorful reboot of the 1987 point-and-click adventure series debuted on PC and Mac in November 2018, but console versions hadn't yet been announced at that time. Now it's official. Laffer will be bringing his unique brand of raunchy comedy to consoles, so you can play it on the couch or on the go. Really, this game is going to be an awesome experience on the Switch. And how cool would it be if it were the gateway to seeing more of Larry on a Nintendo console?

The game will hit consoles worldwide for $39.99 when it hits this summer as a digital edition. Physical versions will go out to Germany, Austria, Switzerland, and other European countries that have yet to be announced at this time.

I actually reviewed Leisure Suit Larry: Wet Dreams Don't Dry when it debuted, and I awarded it an 8 out of 10. Here's what I had to say on the matter:

"I love Leisure Suit Larry: Wet Dreams Don't Dry. Part of it is likely the raging sense of nostalgia I get from playing it. Games like this just aren't made anymore, and it's great to actually get a chuckle out of a game instead of its characters being bland, humorless, flesh masses. The other part is that it's actually a well-written, fun game that can make you fall in love with a chauvinist slob like Larry."

Looking for a great new adventure game? You've found it. Now you just have to wait until summer – for the new versions, anyway,