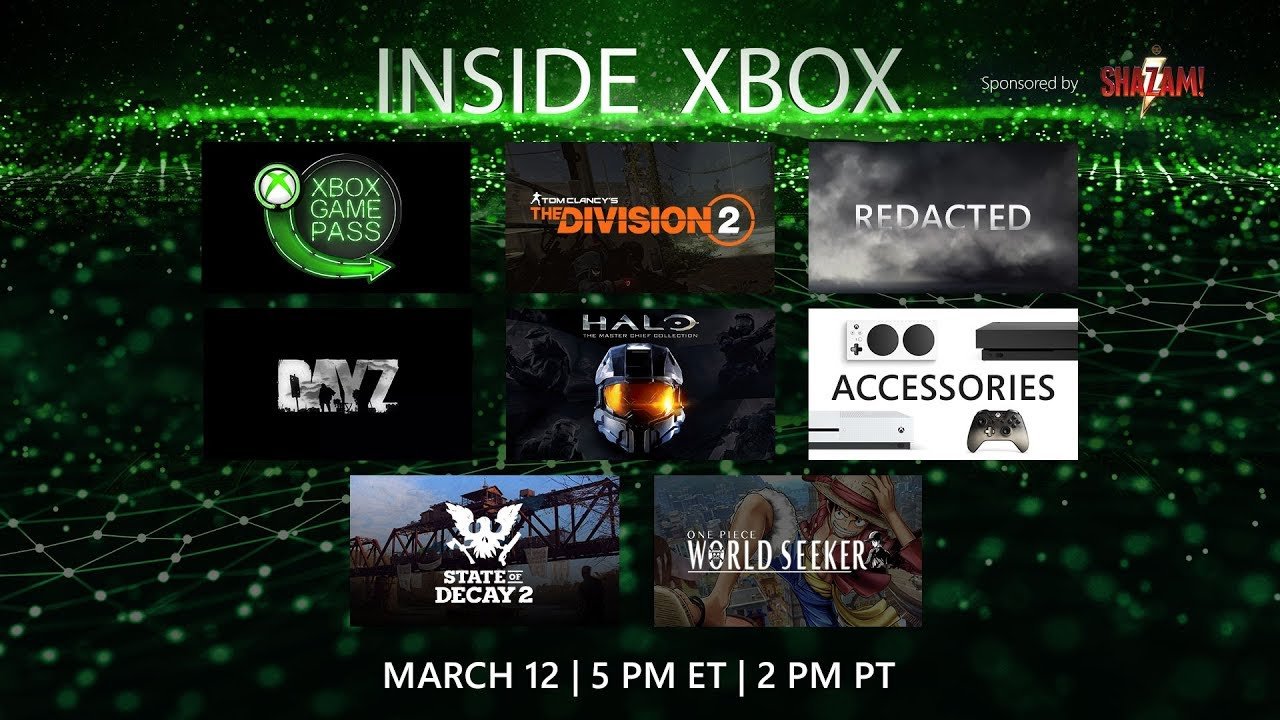 Inside Xbox is back with another installment today, and there's a heaping helping of news, interviews, footage, and announcements coming for you to get an eyeful of.

The newest Inside Xbox stream is going down later today (Tuesday, March 12) at 2 PM PT/5 PMT ET with news involving Halo: The Master Chief Collection, DayZ, One Piece World Seeker, and Xbox Game Pass. The official thumbnail for the presentation also includes The Division 2, State of Decay 2, and "accessories" as well as "Redacted."

So what could we end up seeing? It's possible we could be privy to a new color of controller since that's what happened with the last stream, but we have no idea about what could possibly be the "Redacted" announcement. We can likely expect plenty of new Game Pass debuts, or at least some exciting ones, but we have no idea what they might be.

That's why you should join the Shack Staff this evening as we tackle the latest Inside Xbox stream, and watch the video along with us as we toil away to bring you all the hottest new Xbox-centric news and content. Keep it locked right here on Shacknews for all the breaking news as it happens (and more!) or just chill here with us on the page as you stream the show from the comfort of your couch or bed (wow, we'd like some more sleep, too.)

Be sure to keep this page open or head on back over when the stream is about to start and catch all the news Microsoft has planned for us. Will we see a new game reveal today? It's entirely possible. We won't know until later, though, so stick around and make sure you see what's on the docket – it could very well surprise you.