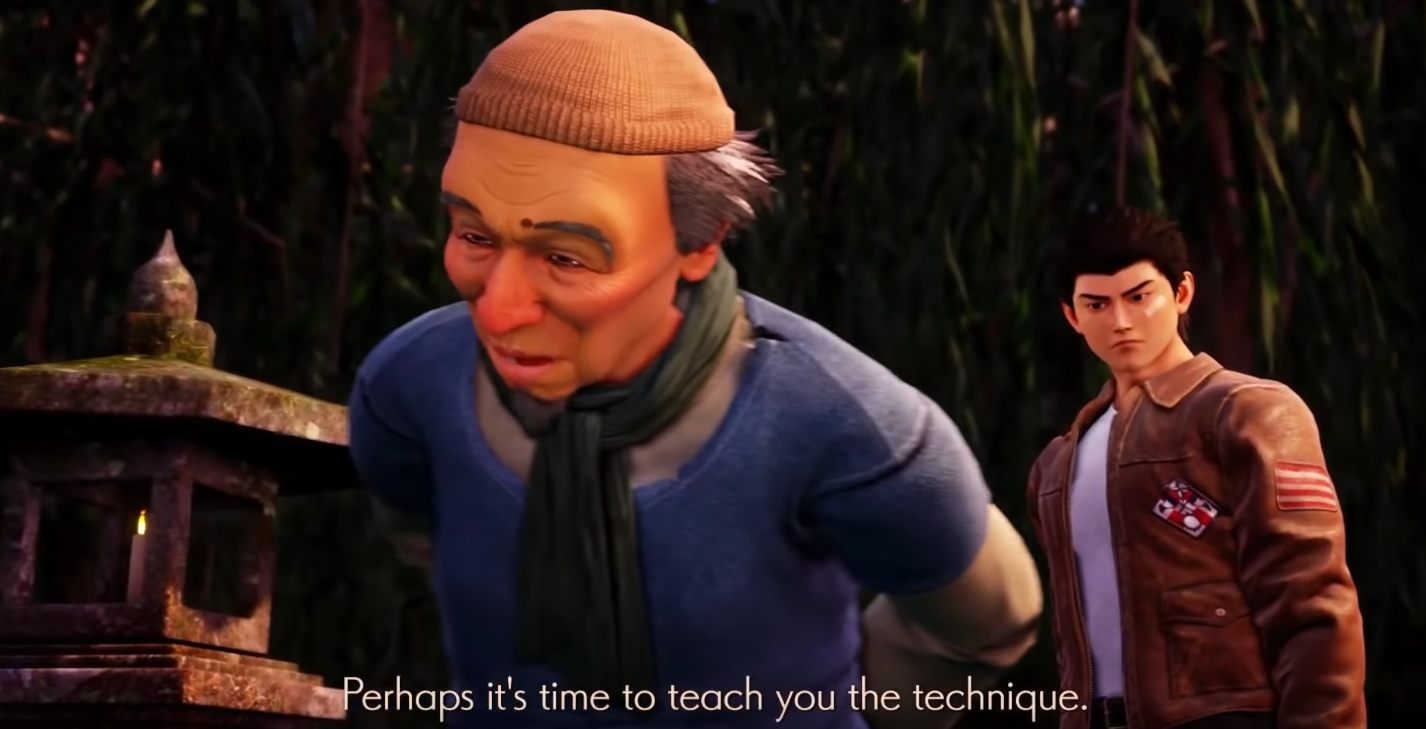 It has been a long time coming, but 2019 is the year where Shenmue fans finally get to experience the next chapter in one of gaming's legendary revenge tales. Shenmue 3 releases on PC and PS4 in August 2019, but details on actual gameplay have been scarce until now. Deep Silver and YS Net released a new trailer and it shows some glimpses of combat and, potentially, some series-staple quick-time-events.

Shenmue 3 drops players back into the role of Ryo Hazuki, who's out searching for the man who killed his father and unraveling the mystery of why along the way. The games feature hand-to-hand combat, intense action scenes that unfold as QTEs, and more. The new trailer shows that combat for the first time, while also potentially teasing a training sequence that could unfold as a QTE. The UI that shows player input isn't present, but could have been removed for the purpose of the trailer.

Various characters that Ryo can train with are encounter in Shenmue and Shenmue 2 and it looks like there's at least one non-playable character taking the young man under his wing in Shenmue 3. Ryo is defeated by a younger man at the start of the trailer, which is followed by some cutscenes that reveal a couple of people are seeking out the Phoenix Mirror.  Ryo and eventually meets an older man that has met Hazuki's late father and convinces him to train him.

What follows is a couple of clips of Ryo fighting against a young lady and a larger young man. There's a brief sparring session with the older man as well, and the way it shifts between regular speed and slow motion could signal that this is the evolution of the series' interactive QTE scenes.

The previous entries also featured a deeply immersive routine built upon vibrant open areas filled with characters that went about their days on their own schedules. It's not known if Shenmue 3 will feature such spaces and we don't even know specifically what area players will be regularly exploring, but more details should be revealed as we get ever closer to the August release.

Shenmue 3, the long-awaited return to Ryo Hazuki's revenge story, launches August 27, 2019 on PC and PS4. If you want to catch up on the saga, the Shenmue HD Collection on PC and PS4 bundles Shenmue and Shenmue 2 together. Stay tuned to Shacknews for additional gaming and tech updates.