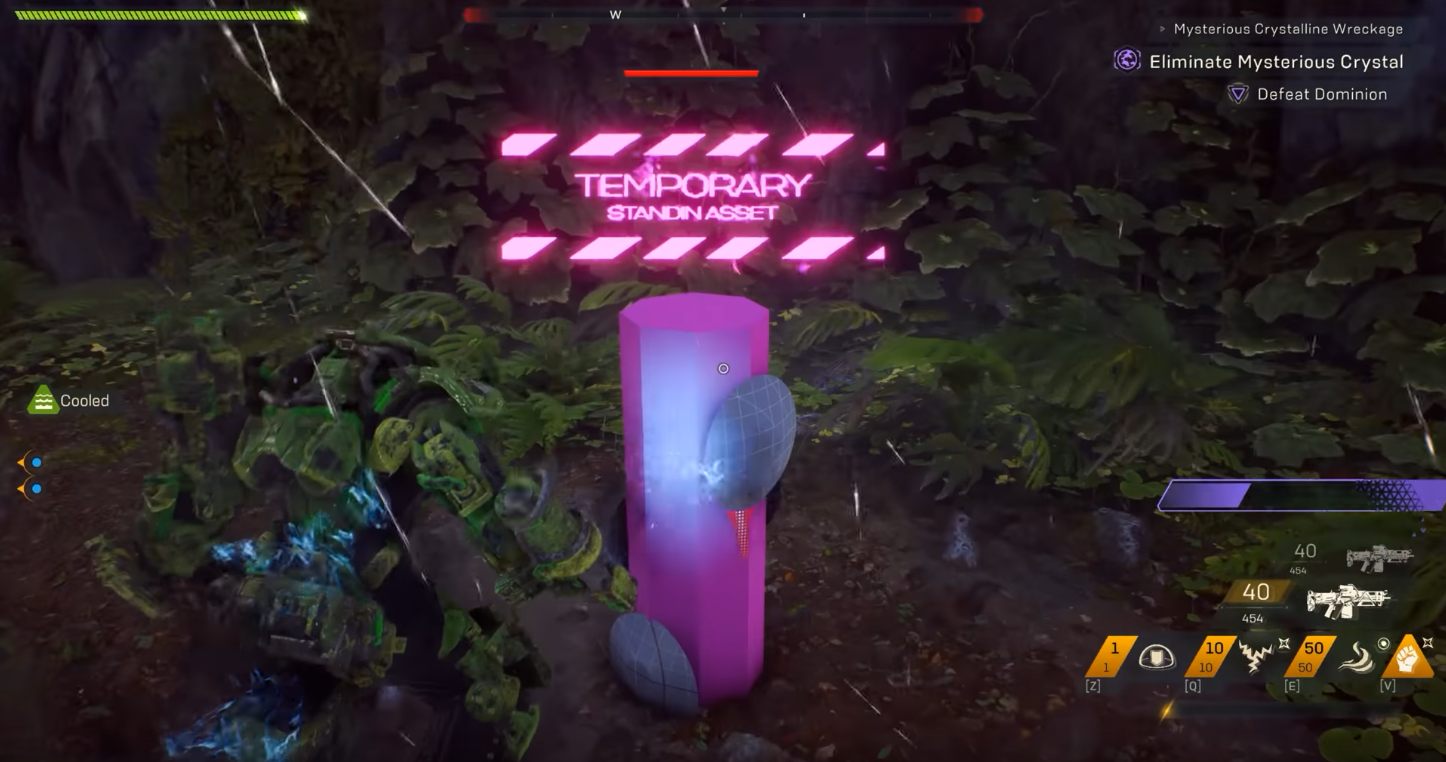 Anthem has had its share of issues since launch and there's a new one that's replacing visual assets with a temporary one that the BioWare team used as they were developing the game.

YouTube channel Xaine's World posted a video showing off free play in Anthem and, while knocking out a few objectives around the map, they encountered a purple and grey object that featured hovering text that read "Temporary Standin Asset." The asset took the place of an object that the player had to destroy and it occasionally showed up as the correct asset, so it looks like its a randomly occurring bug that could be related to server issues.

Anthem's current build is version1.0.3, which was launched with a handful of fixes focused on respawn rates and stability. Large live games like this are tough to fix on the fly and this seems like a case of one problem being fixed and spawning a new one entirely. We'll keep you all updated on when a fix goes live for this particular bug.

For those still on the fence, here's an excerpt from our Anthem review, which ended with the shooter earning a 5 out of 10:

"Then there's the concept of the open world. World events happen, but sometimes they aren't a person's cup of tea and they just want to engage in the story missions. So how about a mission that forces you to engage in Anthem's open world? Yes, this is in reference to what will almost certainly go down in gaming infamy, the Tombs of the Leigionnaires. This is where players must open four Tombs of departed Javelin pilots, but to even access them, players must grind out certain stats. Some of these stats include finding collectibles, treasure chests, and taking part in tedious open world missions, many of which involve fetch quests or standing in a spot and shooting at waves of enemies. While it took me close to 15 hours to finish Anthem's story, a lot of it was because of this artificial padding."

Anthem is available now on PS4, Xbox One, and PC. If you're working through the online shooter and would like some assistance, check out our Anthem landing page for a plethora of articles, guides, and walkthroughs. We've got tons to help you get through BioWare's latest experience and even prepare you for a few of the issues that may crop up while you're playing. Stay tuned to Shacknews for additional gaming and tech updates.