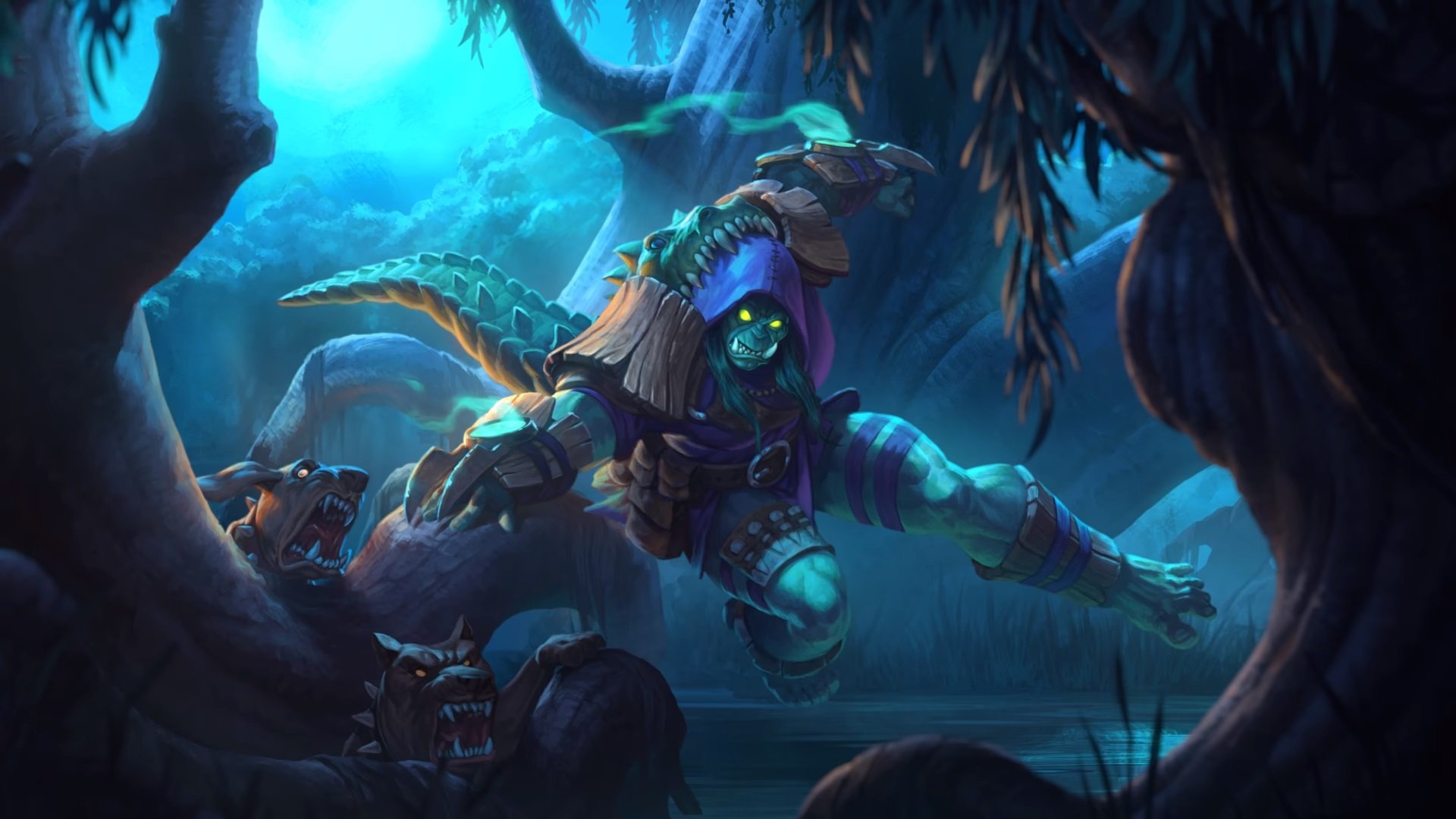 Hearthstone is in the middle of a long tease for its next expansion. The build seems to revolve around Blizzard getting a team together. It's a team of no-goodniks, as evidenced by the first couple of teasers and the third one doesn't seem to shy away from that theme.

Fortune teller Madam Lazul has turned over the next card in her hand, checking in with the fiendish Hagatha the Witch. Those who remember last year's Witchwood expansion will recall Hagatha's attempts to rain chaos down on Gilneas. The worgen denizens and the heroes of the single-player Monster Hunt adventure were successfully able to defeat this foul witch, but it looks like now she's being called into action with promises of power overwhelming. But she won't be the last of the villains to get called in, as the end of this video seems to tease one more bad guy's return, hinting at the recruitment of Dr. Boom.

It's been almost two weeks since Blizzard first unveiled Hearthstone's Year of the Dragon. One of the major focuses for Blizzard is a greater emphasis on Hearthstone's PvE experience via a year-long storyline that will play out over the course of 2019. Even with the reveal of Hagatha and fellow baddie King Togwaggle, details of this Solo Adventure and Hearthstone's next expansion are shrouded in mystery. But whatever lies ahead, expect the PvE experience to be quite rewarding, so much so that Blizzard is falling back to the old Solo Adventure pricing model.

Shacknews will continue to monitor this unfolding situation. Information about Hearthstone's next expansion, including its release date, is currently unknown. When it does release, it'll mark the beginning of the next Standard year, meaning Journey to Un'Goro, Knights of the Frozen Throne, and Kobolds & Catacombs expansion will all rotate out into Wild. Find more information on the Year of the Dragon on the Hearthstone website.

And if you haven't beaten the final Monster Hunt challenge and the ultimate showdown with Hagatha, allow Shacknews to lend some assistance.