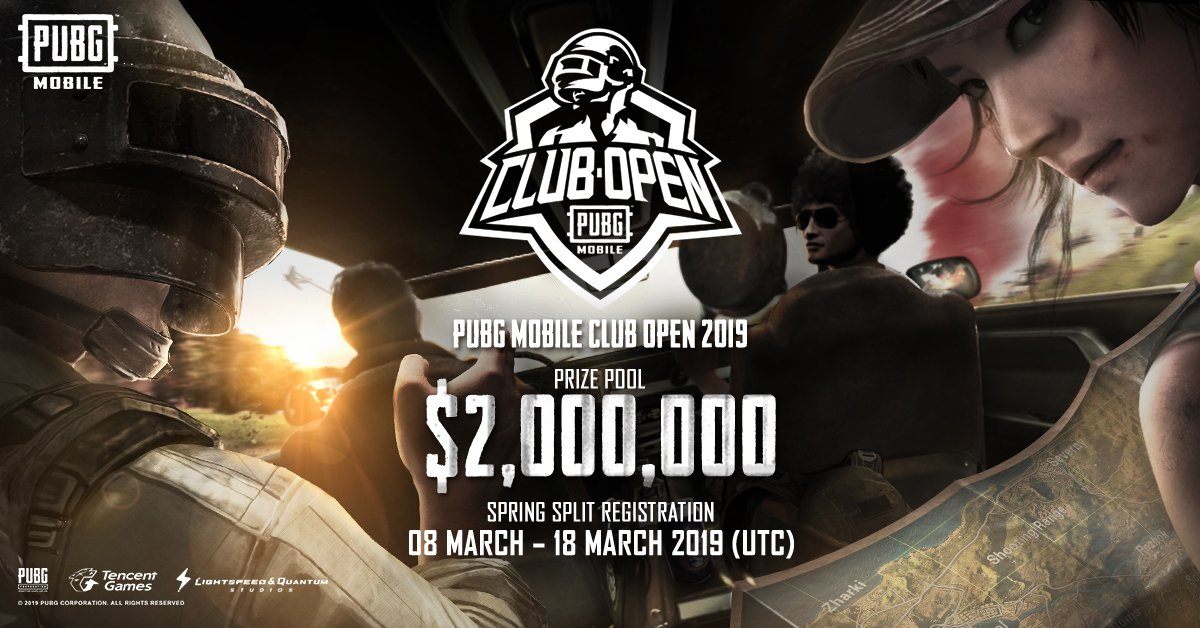 The mobile version of PlayerUnknown's Battlegrounds has been a major hit for Tencent since launching in early 2018 and the team behind it is making big waves in 2019. For the competitive crowd, the development team just opened up registration for PUBG Mobile Club Open 2019 and set the prize pool at a cool $2 million.

PUBG Mobile Club Open 2019 is a year-long competitive event featuring pro and semi-pro teams facing off against each other for a piece of a $2 million prize pool. The competition will be divided into Spring Split and Fall Split, each with its own prize pool and Global Finals. The Global Finals for the PMCO 2019 Spring Split takes place in July 2019.

How to register for PUBG Mobile Club Open 2019

Pro and semi-pro players who want to sign up for PUBG Mobile Club Open 2019 can do so via the official Club Open registration page, which is live as of today. Here are the major rules and requirements for those hoping to participate and more information can be found on the PMCO 2019 registration page:

For those not interested in PUBG Mobile's competitive scene, a recent update also added a new layer to the battler royale experience. Via a partnership with Capcom, PUBG Mobile now features the Survive Till Dawn mode where players face off against each and zombies who get more dangerous as the sun goes down.

PUBG Mobile Club Open 2019 follows up the successful PUBG Mobile Star Challenge in 2018, which drew in over 230 million online views. Stay tuned to Shacknews for additional gaming and tech updates.