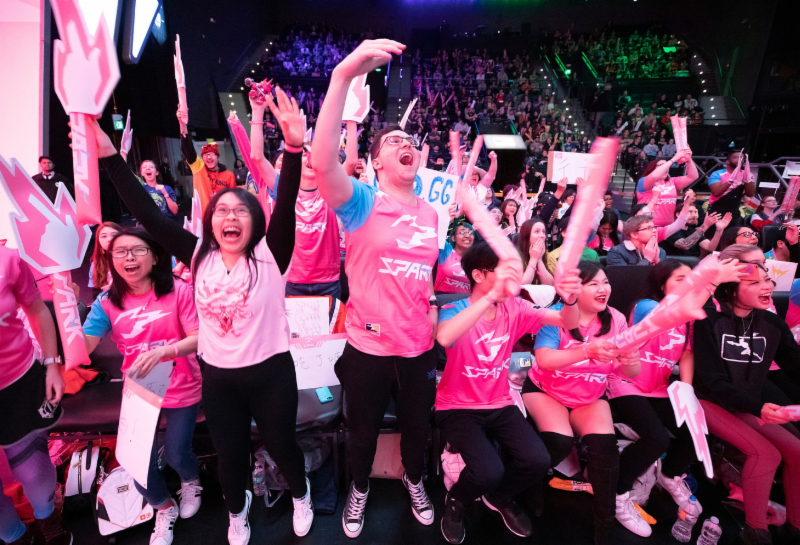 The Overwatch League is three weeks into its second season. It's started to sink in just a little more that the season has indeed begun and the rust has been shaken off. All of the teams from last season have returned, along with a handful of new expansion teams. The second season continues to create more compelling storylines, leading up to the first stage playoffs, which are rapidly approaching.

Now that the Overwatch League is back, Shacknews is here to help fans, be they old, new, or curious, keep up with the state of the league all season long. And today, we learned what the first Stage Playoffs will look like now that there are a few extra teams in the mix.

For the Stage 1 Playoffs, eight teams will qualify, with the Pacific and Atlantic division winners earning the top two seeds. The quarterfinals will be a Best of 3 and take place on March 21. After that, the brackets are re-seeded, with the semifinals and finals running on March 23 and 24. The semis and the finals will be contested in first-to-four map series. The winning team will receive $200,000, with the runner-up receiving $100,000. The other semifinalists will get $50,000 and the other four teams will get $25,000. There's a lot of money at stake here, so much so that the Stage 1 Finals will air live on ABC, in addition to the normal Twitch and MLG broadcasts.

With all of that out of the way, let's take a look at the standings after the third week of competition. Remember that while last year saw the top six teams move on, this year, it is the top eight teams who will advance to the Stage playoffs.

The New York Excelsior cannot be stopped, as they stand poised to finish the first leg of the Overwatch League regular season undefeated. With Yeon-Gwan "Nenne" Jeong and Tae-Hong "Mek0" Kim continuing to do serious work, few combinations in the league are putting up better elimination numbers. But more than that, the XL's heroes just don't die. Four out of the five lowest death rates all belong to XL players, so to say they're tough outs would be putting it mildly.

But the Excelsior face another one of their biggest tests to date in the form of the surging San Francisco Shock. The Shock have shaken off any early rust and are making a big run late in the stage behind Jay "sinatraa" Won and his league-leading damage output. He's also been among the top disrupters in the league, putting Sombra's Ultimate to good use. With Minki "Viol2t" Park and Nikola "sleepy" Andrews among the league's best healers, the Shock can potentially match the XL's durability and stay on the field long enough to make some real noise. That'll especially prove true if Matthew "super" DeLisi's Reinhardt continues to find his footing.

These two teams meet in Friday's marquee matchup. The Shock will look to stay in the Stage Playoff mix, but are currently sharing a 3-2 record with a handful of other teams. A win over the XL would certainly help them out, but the Excelsior is proving to be the best regular season team yet again and will look to assert their dominance again.