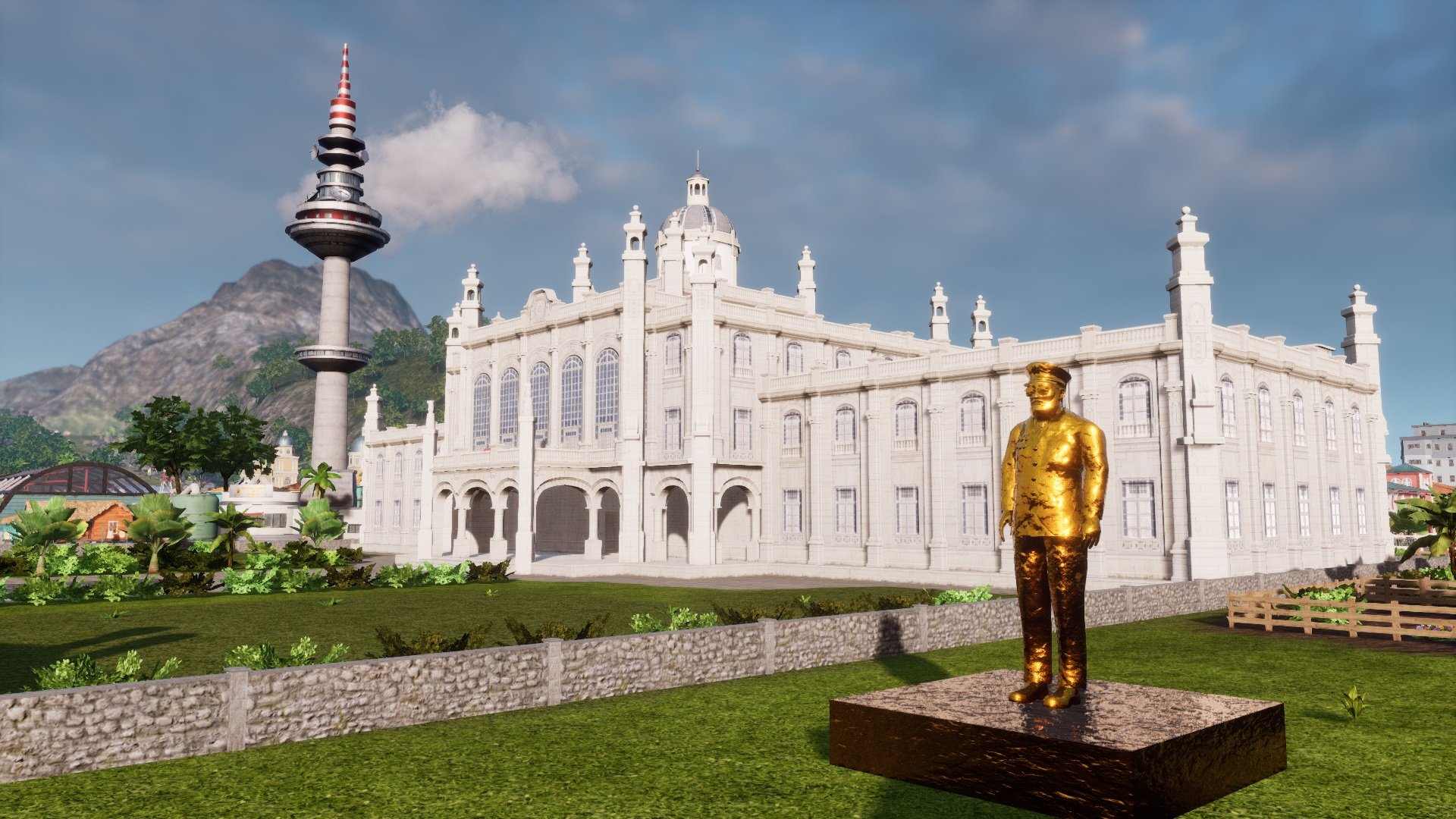 There's never been a better time to be a dictator, especially if you're the Tropico series' El Presidente. But the fearless leader's latest move is a bit of a head-scratcher. Open borders aren't usually something a dictator encourages. But that does seem to be the latest move for the Tropico 6 beta, which is now opening its doors to everyone.

Kalypso Media announced on Wednesday that Tropico 6 beta would be available to all players. It's part of an effort to stress test its multiplayer servers ahead of the city-building simulator's full launch. There's a big chunk of the game open to players who want to jump in. There's a full tutorial set in modern times before the floodgates open up to all available eras. Players can settle down around eleven sandbox maps, six missions, and full online multiplayer for up to four players.

This will all pave the way for Tropico 6's final release at the end of the month, which recently had to be pushed back for some additional polish. Tropico 6's new features include putting players in charge of whole island archipelagos, new transportation systems, the ability to put the Presidential Palace wherever the player desires, and the ability to steal tourist attractions from other nations. Get a peek at what to expect by looking back at our GDC 2018 preview.

Those who want to take part in the big online stress test can sign up for the Tropico 6 beta on Steam right now. But get in there fast, because it'll only run until Friday at 10AM PT. The full Tropico 6 game is set to arrive on March 29 on PC, with console versions coming later in the summer. If you're looking for to experience what Tropico is before the sixth game arrives, there's a Steam sale for the full franchise going down now.