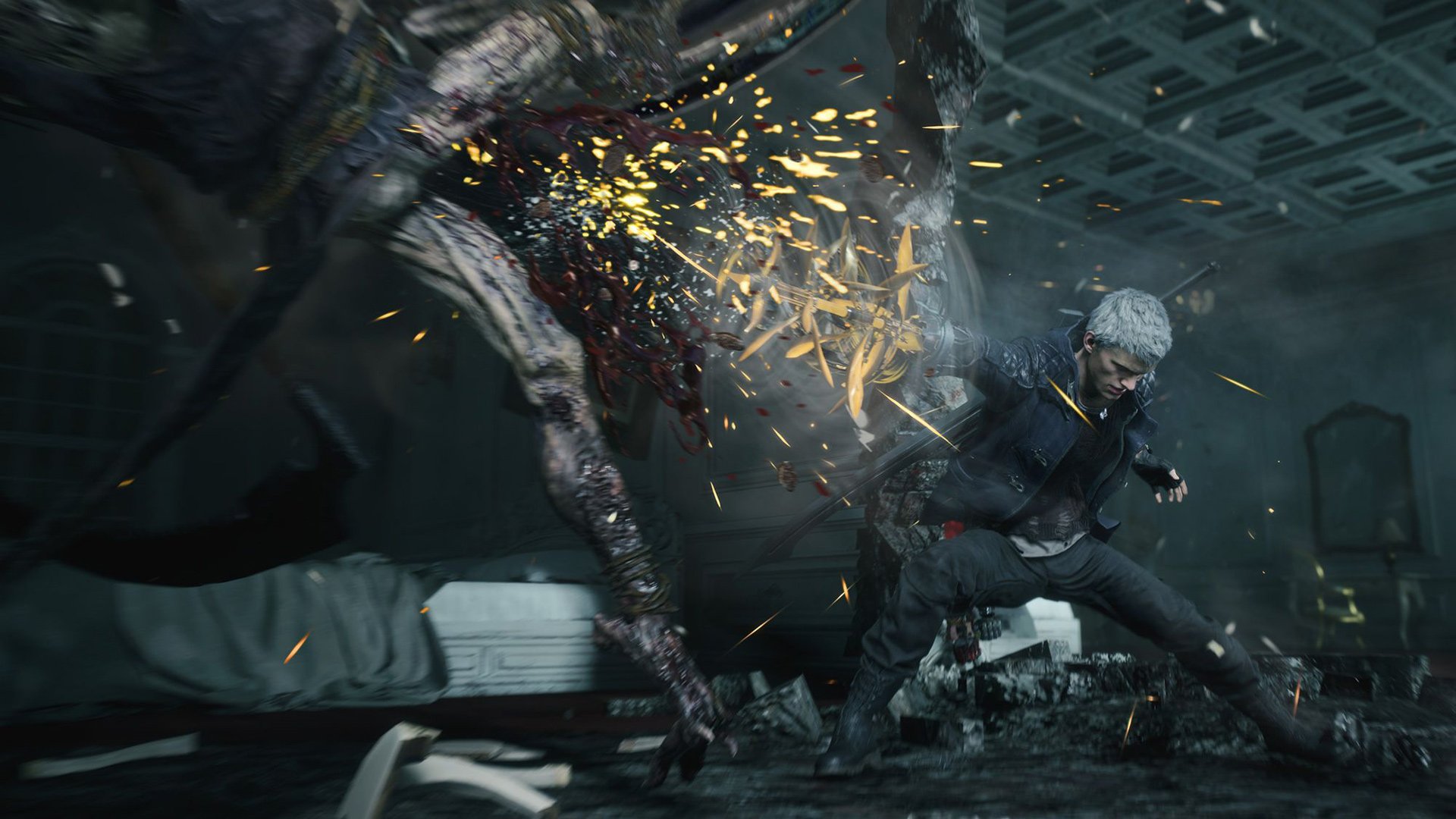 Is there co-op multiplayer in Devil May Cry 5?

The latest entry in the Devil May Cry series is here in all its glory and now players want to know: does Devil May Cry 5 have co-op multiplayer? It’s a topic that has been raised in the past, and even lightly touched on at various reveals, but no concrete explanations have been given. Let’s clear the air and figure out if Devil May Cry 5 has co-op, and if so, how it works.

Is there co-operative play in Devil May Cry 5?

It’s a fair question, wanting to know whether Devil May Cry 5 has co-operative play, but unfortunately the answer is a wishy-washy “well yes, but actually no”. There are three playable characters in Devil May Cry 5 and they each cross paths throughout the campaign. While most levels are played from the perspective of one character, some do offer alternative views.

For example, in one of the earlier missions when playing as Nero, you might be able to see V off in the background killing some demons. Meanwhile, if you play through as V you might see Nero running along some buildings in a mission you just cleared. How the co-op in Devil May Cry 5 works is that, if you’re online and there is an available player, that version of V or Nero could be another player. This will be noted by their name on the side of the screen.

Devil May Cry 5 will let you know if another player is “playing co-op” with you if the side of the screen says “Starring…” and then the person’s name. In some instances, if the game is unable to match you up with another player, it will simply say “The DMC crew” which is a recording of the developers. However, if it says “xx_DemonSlayer69_xx”, there’s a good chance that it’s another player.

There are no real co-op options in the main menu and nowhere to invite someone to your game. The co-op in Devil May Cry 5 is akin to waving at someone walking along the sidewalk as you speed past in your car. Even if you do get matched up with a co-op player, it’s unlikely you’ll really be focused on what the other player is doing. The reason for this is that the two characters are often separated by a wall or completely separate from one another.

There is a benefit to this loose co-op experience in Devil May Cry 5. At the end of the level, if you rate someone as “Stylish” they will receive a gold orb – a valuable item that can revive you with full health. Similarly, players can give you a stylish rating so you get the reward. The only other option is to not rate someone, so there’s no reason not to throw them a bone.

While there is technically some kind of co-op multiplayer in Devil May Cry 5, there’s no way to set up a session with friends. Furthermore, even if you could set up a co-op session, the characters rarely exist in the same fighting space. So the answer to the question of whether Devil May Cry 5 has co-op is still “well yes, but actually no”.