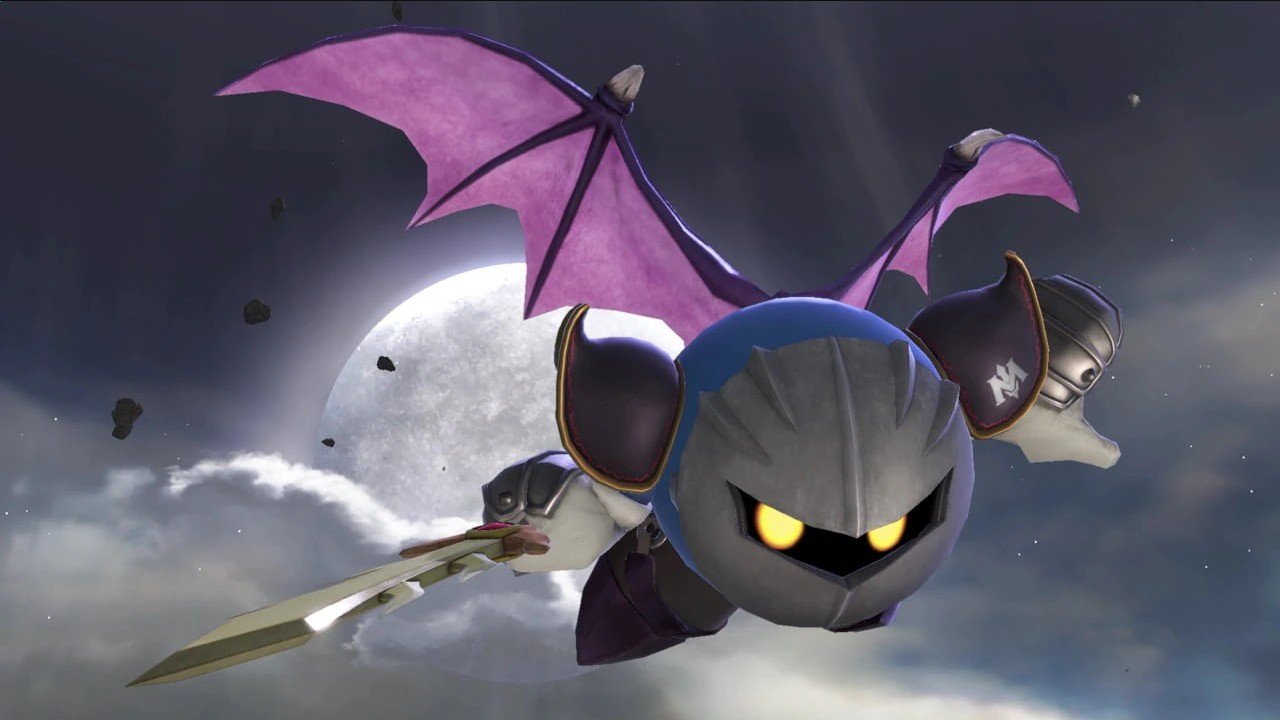 The Super Smash Bros. series has pit Nintendo's mascots against one another in battle for the past 20 years. Super Smash Bros. Ultimate on the Nintendo Switch is the culmination of this concept, bringing everyone back for one more round. Nintendo's biggest names are all back, joined by a slew of big-name third-party characters and some new faces joining the fight for the first time.

The game has been out in the wild for a little over three months, but with so many characters to choose from, Shacknews remains committed to taking a look at each and every one of the Super Smash Bros. Ultimate characters individually. And we are in the home stretch, getting to the final batch of characters.

Who is Meta Knight?

Meta Knight is arguably Nintendo's most recognizable anti-hero. He's not strictly a good guy, having clashed with Kirby on multiple occasions. He's even acted as the central antagonist in a couple of Kirby adventures, the biggest one being Revenge of Meta Knight from Kirby's Super Star. However, he has also helped Kirby a number of times, fighting by his side and also assisting in battles against bigger baddies like Nightmare. Meta Knight's origins are mysterious, but whenever Kirby defeats him, his mask cracks to reveal a darker version of Kirby.

Meta Knight operates by a distinct code of honor, which is why he'll always engage Kirby in a fair one-on-one fight. He'll even offer a sword to Kirby, just to be a good sport. It's a little harder to operate by his chivalrous code in the world of Smash Bros., given the prominence of four-way free-for-alls. But Meta Knight is no less dangerous a competitor, with his small frame, his quickness, and his sword proficiency giving him a clear edge.

Meta Knight is among the quickest fighters in Super Smash Bros. Ultimate, gaining greater mobility with the transition from Smash 4 to Ultimate. He can combine his increased speed with multiple jumps to get across the stage quickly, as well as recover much faster. He's one of the biggest beneficiaries of the new short hop mechanic, able to strike quickly and set up combos in the blink of an eye. The key to victory with him is pressure and relentless pursuit, with his movement and multiple jumps able to allow for lengthy air combos. Don't take him lightly, because despite his diminutive stature, he can rack up damage in an instant.

Those used to playing as Meta Knight may need to adjust their strategies slightly. That's because his dash attack isn't what it used to be. It has been nerfed significantly. It doesn't cause the same knockback it once did and it won't work in combos quite like it used to. The attack itself does more base damage, but it's ill-advised to use this move in the same way it was for Brawl or Smash 4.

Meta Knight has some slightly altered finishers, with both his up-smash and his down-smash buffed enough to become viable KO blows. If you can take advantage of Meta Knight's combo game enough to knock opponents off the stage, try keeping them off with a well-placed Mach Tornado. It not only moves faster, but it's also received a knockback boost.

The Smash pros willl admit that Meta Knight isn't the broken character that he was in Brawl. But they'll note that the character has distinct advantages, albeit slightly different from previous versions. Gonzalo "ZeRo" Barrios offers some analysis on the character's changes and his improvements, pointing to a better neutral game and forward-air, in particular.

ZeRo made reference to Abadango's Meta Knight, so let's take a look at what the Japanese pro's been able to do with this character.