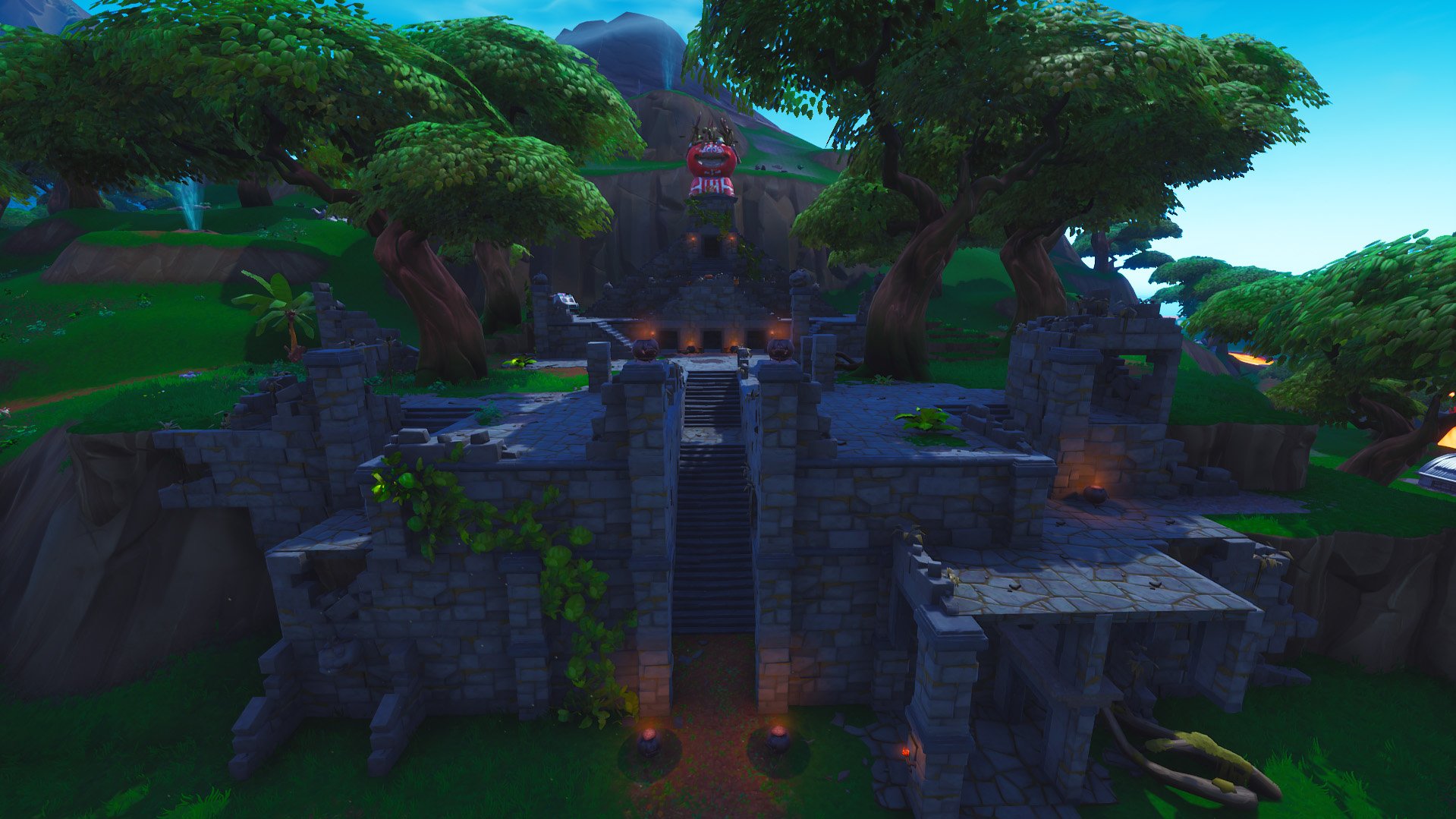 All map changes and updates in Fortnite Season 8

Now that the newest season is here for Fortnite, players have a lot of new changes to look forward to. The map has changed quite a bit as Season 8 kicks off, and we’re going to discuss each of the changes you can expect to find on the island when you dive into the arena.

There are a multitude of changes you can expect to find on the island in Fortnite Season 8. On top of several smaller additions and three big changes. We’ll cover it all below, so let’s get started.

This change is extremely hard to miss. Located in the northeastern section of the map, the volcano lies in between where Wailing Woods and Tomato Temple used to be. You can find several things to explore in the base of the volcano, as well as several volcano vents around the area.

Located around the area that The Block used to be, Sunny Steps is a new area for players to loot and fight within. It can be found in the northeastern area of the map, so make sure you check it out.

Taking the place of Lazy Links, players can now visit the Lazy Lagoon, a pirate-themed area that now appears on the map. There are several forested areas surrounding it, as well as some nifty spots to check for loot.

Tilted Towers has once more received some additional work with the building that constantly finds itself destroyed and rebuilt appearing as fully constructed again.

You can now find The Block where the motel once rested on the map.

This house in Salty Springs has now been redesigned.

On top of the big changes listed above, there have also been a series of smaller changes around the map including some new animal shaped buildings and three giant faces.

Tears in the ground draw out a fork and a knife in the area of the island northwest of Fatal Fields.

An abandoned outpost north of the new Lazy Lagoon location.

Giant faces have appeared in the desert, snow and jungle areas.

Redesigns hit the houses south of the Haunted Hills.

Some new outposts in the forests that run between Sunny Steps and Lazy Lagoon.

The broken remains of Tomato Temple can be found around the western side of the new volcano.

All credit for images goes to Fortnite News. We’ll also be sure to update this article anytime we uncover new locations or changes in the map this season. Now that you know all the changes and updates to the map in Fortnite Season 8, make sure you head back over to our Fortnite guide hub for more help completing all your challenges and tasks!